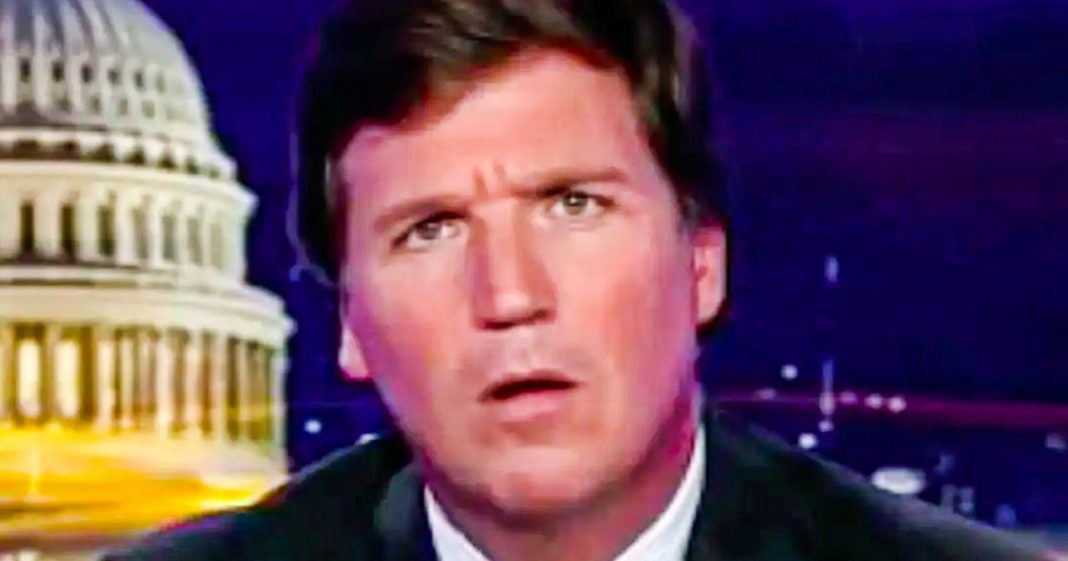 Fox News host Tucker Carlson thinks he is the arbiter of what is manly and what is not. After recent reports about the Biden administration promoting female officers that had been denied under Donald Trump, Carlson claimed that Biden was making our military “too feminine”.  There is nothing girly or weak about the women and men who choose to serve in the military, but Carlson could certainly use a few tips on how to be a man. Ring of Fire’s Farron Cousins discusses this.

Recently on international women’s day, Joe Biden made remarks about the US military becoming more accommodating for female troops. And even before that, last week, stories were coming out saying that some of the female troops who had been passed over for promotions during the Trump years, because they didn’t want to promote women because they thought it would off Donald Trump, they’re now getting the promotions that they had earned. Well, apparently this has angered Tucker Carlson of Fox news and recently, during a broadcast, Tucker said the following. He said, so we’ve got new hairstyles and maternity flight suits. Pregnant women are going to fight our wars. It’s a mockery of the US military. While China’s military becomes more masculine as it’s assembled the world’s largest Navy, our military needs to become, as Joe Biden says, more feminine. And after Tucker Carlson, who’s never served, made these comments, the Pentagon itself had to come out and they said, we appreciate it, but we’re not going to take advice from a talk show host.

I love that. Like, I am no fan of the Pentagon, I am no fan of the $740 billion we spend a year on the, on the military, buying weapons of war, selling them all across the globe. But this is a good response and the people who serve in the military, by the way, we always have to make this distinction because I think too frequently, people get it confused. It’s not that we’re anti-military at all by any stretch of the imagination. If you are willing and brave enough to go and serve for your country, God bless you for it, you know. We have nothing against you individuals. What we have a problem with is the fact that we have Americans here dying in our streets, because we’re spending so much money on the military instead of spending it here. But Tucker doesn’t care about any of that. Tucker doesn’t care about the fact that we spend more on the military than all the other countries behind us, the top eight combined. He doesn’t care that we have the most power in the military. Nope. What he cares about is the fact that, oh my God, there’s a couple more women in there and that apparently makes something inherently feminine.

Again, Tucker Carlson, the guy who used to be famous for wearing his idiotic bow ties, thinks the military is becoming too feminine under Joe Biden. I, kind of at a loss of what to say, right? I mean, we’re, we’re not. I would wager any one of the women enlisted in the United States military today could probably whoop Tucker Carlson in about five seconds flat. And yet he sits there, making a couple million a year, married to the Swanson TV dinner heiress, mocking these women serving in the United States military. That’s about as Republican as you can get. Right? And honestly, I kind of want to know how Republicans feel about that because for many years, those of us on the left, we have been accused of being the anti-troop, the anti-military. Your guy, Tucker, is literally sitting here mocking people who signed up to serve our country. So where’s your outrage on that, huh? The Pentagon has had to come out and smack this little twerp down. So where’s the Republican party outrage over Tucker Carlson mocking American troops? That’s what I want to know.