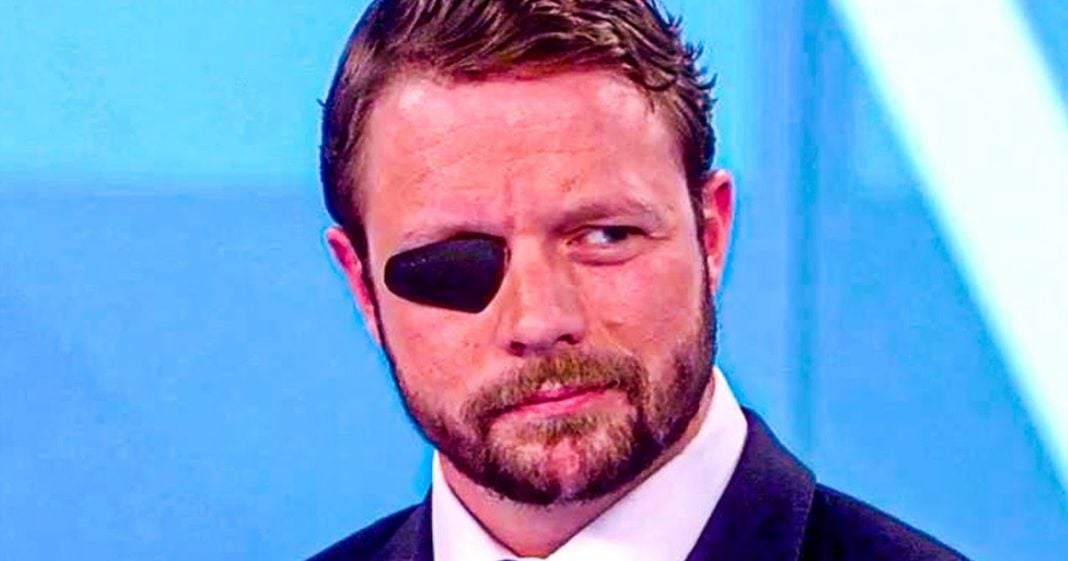 At a time when Congress was considering what was going to be included in the first round of stimulus checks in 2020, Dan Crenshaw was busy scooping up Amazon stock. This was the first time Crenshaw had engaged in any kind of trades while serving in office, and the timing of it is certainly suspect considering how much money Amazon pulled in during the pandemic. Ring of Fire’s Farron Cousins explains what’s happening.

Republican representative Dan Crenshaw has been hot, in hot water recently, after it was revealed that between March 25th and March 27th of 2020, so last year, while Congress was debating the cares act, the first round of stimulus and COVID relief last March. During those three days, he was busy purchasing stocks and we now know a little bit more about the story. Apparently he was purchasing Amazon stocks and in case you haven’t been paying attention during the pandemic, one of the companies in this country that is doing phenomenally well during the pandemic is of course, Amazon. Jeff Bezos has added billions and billions and billions of dollars to his net worth. Amazon stock has gone through the roof and hey, lucky Crenshaw was able to purchase some stock somewhere between 30 and $120,000 worth of it. We don’t know because on his financial disclosure form, it only has that range.

So it could be the low end of 30, could be the high end of 120, or literally any number in between. We don’t know because that system is so incredibly stupid, but again, lucky for Crenshaw. Right? Wow. It’s almost like he knew that Amazon was going to benefit and it is weird because Crenshaw hadn’t engaged in any kind of stock trading throughout his entire congressional career before that time. Oh. I’m sure it’s all just a, just a super fun coincidence, right? Kind of like Kelly Loeffler. Sure. Just, just happened to coincide with all of these things. As of right now, Dan Crenshaw is not even being accused of insider trading. So I want to make that clear. There’s not necessarily any evidence to suggest that the man engaged in insider trading, because at that point, March 25th, 26th, 27th of last year, we, we all knew the pandemic was here and it was real.

You know, there was no more denying it and we were in trouble and of course with people starting quarantines, you know, people working from home, Amazon was already starting to tick up. So again, I don’t think Cranshaw, uh, Crenshaw, excuse me, did anything illegal here. It’s weird to give him the benefit of the doubt, but I am giving him the benefit of the doubt on this. But what this shows us more importantly is the fact that members of Congress should not be allowed to trade stocks. Like that, that’s the bottom line. You shouldn’t be able to do this. You shouldn’t be able to use your position in Washington, DC, to make yourself richer. Full-stop. Like, that’s, that’s the bottom line and that’s where we are.

And of course there is pending legislation that I’m sure Republicans are going to kill and probably some centrist Democrats too, that ban members of Congress from trading any kind of stocks at all while they’re serving in office. But I want that to go further. I don’t think they should be allowed to own stocks. I really truly don’t. If you want to have a retirement account that is completely run by separate individuals that you’re not even allowed to really discuss, we could probably carve out an exemption for that. But just you sitting there in a hearing being like, oh, let me hop on my app and do some day trading. No, that has to stop. That has to go away and they shouldn’t even have the ability to do that because they shouldn’t be allowed to own anything.

We have seen too many examples in just the past few years of members of Congress engaging in behavior that is certainly unethical, possibly illegal, with regard to stock buying and trading and selling and all that crap. You know, we have seen it beyond Loeffler. We have seen it with members of committees, you know, who, who see legislation and budget bills that is going to benefit this company or that company and then they buy up a bunch of stocks in those companies, defense companies, usually. This happens too frequently. The only way to stop it is not just to ban the sale of stocks, sale of stocks by these individuals, but to ban them from owning stocks at all. That should be the price that they pay if they want to be an elected official. You want to trade stocks for a living? Fantastic. Give up your seat, go work on Wall Street. Because when you’re in DC, you’d better be working for the people.