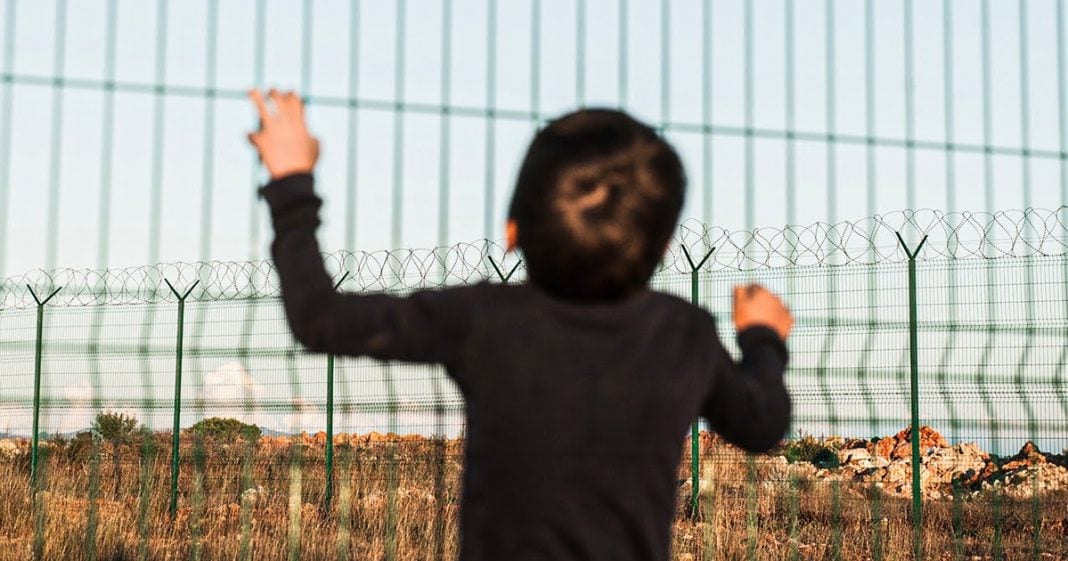 The number of children that the United States is holding in detention facilities has tripled in the past two weeks, a stark reminder that the Biden Administration is not the savior that we needed for immigration reform. These are young children that are fleeing dangerous circumstances, and the United States is treating them as if they are hardened criminals while right wing media compares them to terrorists. Ring of Fire’s Farron Cousins discusses this.

According to new reports, the number of children being detained by customs and border patrol along our Southern border has tripled in the last two weeks, tripled. Three times as many children being held in custody with a couple thousand of them, by the way, being held longer than the 72 hour maximum along our Southern border for the crime of coming into the United States without permission, a misdemeanor. And again, these are children and we’ve got over 3000 of them in the custody of customs and border patrol right now. In the early days of the Biden administration, there was a little sign of hope, right? You had Dr. Jill Biden, she was taking on the project of helping to reunite some of the separated families that the Trump administration had separated as part of their policy. They had reunited, you know, a few hundred of them. That was great.

But suddenly, suddenly in the last couple of weeks, everything has gone to hell with this administration, with regards to immigration. They’ve opened up these new facilities and of course you have these hardcore neo-lib, you know, diehard tribalist Democrats telling us, no, it’s not the same as putting them in cages because these facilities are nicer. Let me ask you a question. Do they have freedom? Can they come and go as they please? Are they allowed to leave the facility at all in any way unsupervised? Because if the answer is no, then guess what? That’s a jail. It’s not an overflow facility. It’s not a holding tank. It’s jail. You’re holding them in custody. Doesn’t matter how nice it is. It doesn’t matter that they get to sleep on a mattress instead of on a concrete floor. It doesn’t matter that there’s a door instead of bars. It’s all the same. You just dressed it up a little bit nicer. Fantastic. We’re still locking up children, children who committed misdemeanors. Are you going to go lock up for a couple of weeks, a kid who takes a candy bar from the grocery store? I mean, honestly, we’re talking, we’re talking about the same level of crime, same classification, basically.

So why is it okay to do that and not lock up the candy bar kid? The answer is it’s not okay to lock up either. And this administration is beginning to start to fail on the issue of immigration and I’m getting really disheartened every day on social media, watching the defenders, try to explain this away. Oh no, it’s okay because the facilities are nicer. Oh no, it’s okay because we’re getting them processed and we’re to let more in and it’s going to be totally okay. There are no plans in place. You cannot tell us that it’s going to be completely okay. All we see right now, are children locked up, which is what we’ve seen for the last four years, hell, last 12 years. Let’s be honest, it happened under Obama too. Biden cannot go back to that. Biden cannot whitewash that. All that we’re asking Joe Biden to do is end it. Come up with an actual system to get the children in, get them processed, allow them their freedom and so on and so forth. Let’s make it happen, but stop locking them up. We have a real humanitarian crisis here and we were hoping that it was going to get so much better under Biden, but so far it’s the same policies, just a little less cruel.