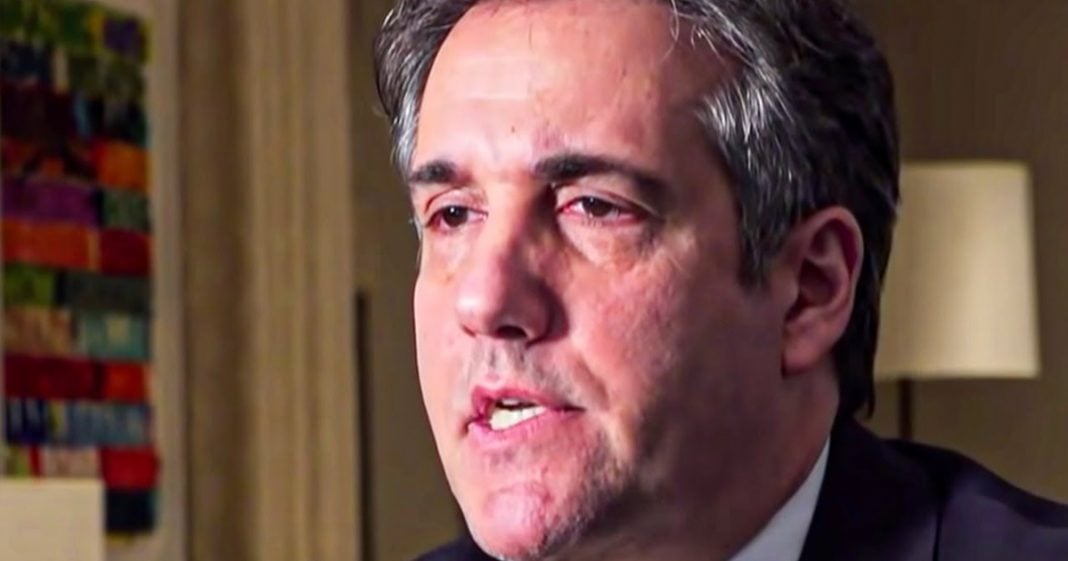 Donald Trump’s former lawyer / fixer has been called back to talk with investigators in New York, and he issued an ominous warning to Allen Weisselberg, the CFO of the Trump Organization. The warning was fairly simple, but it spoke volumes: If he is smart, he’ll cooperate. This suggests that Cohen knows a lot more than we think, as Ring of Fire’s Farron Cousins explains.

Yesterday Wednesday, Michael Cohen, Donald Trump’s former lawyer slash fixer of 20 years, met with investigators and prosecutors in Manhattan for his seventh interview as a part of the investigation into Donald Trump’s finances, seven times Cohen has been called back to, hey, come back. We need a little more from you. Um, and after his little meeting yesterday, he spoke to reporters from Reuters and issued a warning to Trump organization chief financial officer Allen Weisselberg. And the warning was, if you’re smart, you’re going to cooperate. Huh? Michael Cohen’s ominous warning there seems to kind of confirm what we’ve been saying here all along and that is that it seems incredibly likely that these prosecutors are trying to get people like Cohen and Weisselberg to talk and give up all the information, possibly in exchange for not being prosecuted themselves. We have known for some time now that Weisselberg is a target in this particular investigation.

Michael Cohen obviously helped kickstart the investigation with his testimony to Congress two years ago and so yes, of course he has been called in multiple times because if any of these things that investigators think happened happened, Cohen would have been the guy that helped to make them happen. So, yes, it makes total sense for Cohen to be called in repeatedly, just to make sure that he’s told everything accurately, that he has turned over all evidence or information that he may have. And I guarantee you, this is not the last time he’s going to be called in there. And we also have to remember, they recently got the financial documents, millions of pages, they’re combing through those, and I’m sure as they get through them, they’re going to have questions and Michael Cohen is the kind of guy who would be there to answer questions. Allen Weisselberg, same thing.

So, Weisselberg pretty, pretty quickly, as Cohen’s pointing out here, you’re going to have to make a choice. Do you want to cooperate with these prosecutors? Do, do you want to help them along with their investigation or do you want to risk potentially becoming a target too? Because when you’re looking at investigations of this scope, you’re obviously thinking, you know, pretty big criminal activity. We know this is now expanded outside of Manhattan. It is now, you know, they’re subpoenaing records from Chicago. They’re looking at Seven Springs, in different areas in New York. So there’s going to be lots of different players involved, Donald Trump and his three idiot kids couldn’t have done this by themselves. They had to have help. So if you helped on this and you don’t want to get taken down, I suggest you start making some phone calls to these prosecutors and saying, hey, um, maybe it’s time we, we scheduled a chat because, cause I want to make a deal so I don’t end up in prison. That’s kind of the message that Michael Cohen was sending to Weisselberg and if Weisselberg was involved, again, that’s something Michael Cohen would be aware of. So, a little food for thought there.