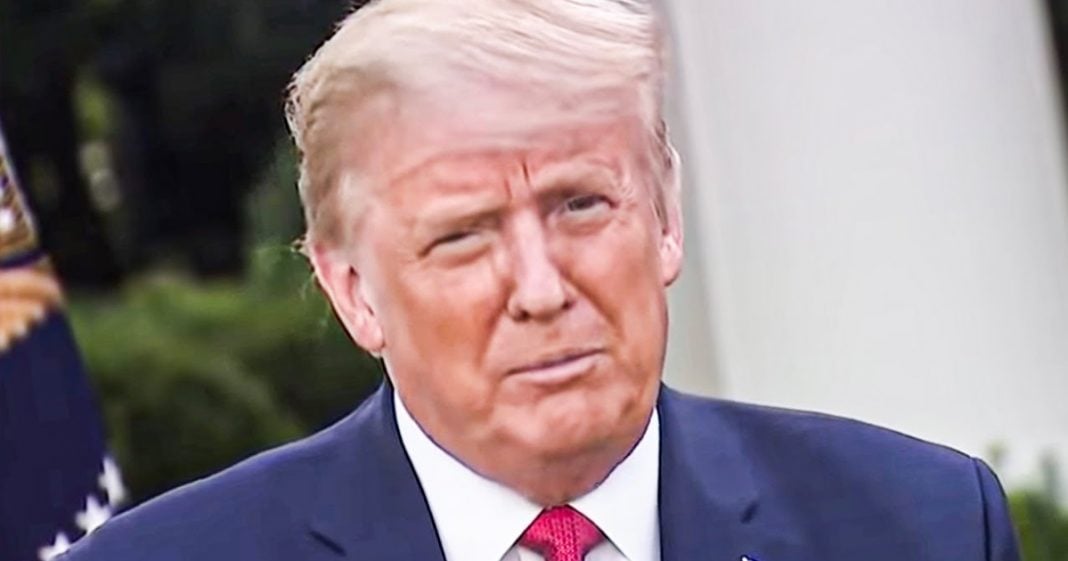 Donald Trump is trying to solidify his power as the head of the Republican Party by telling donors that they should send their money to him instead of to other Republicans. The GOP is heading down a dangerous road by letting Donald Trump control the fundraising apparatus, because the only thing he is going to do is put more money in his own pockets. Ring of Fire’s Farron Cousins explains what’s happening.

This is such an obvious grift. Like I don’t understand how Republicans can’t see through what is happening here. Donald Trump, yes, wants the money for himself and his PAC. And then, you know what he’s going to do with it? He’s going to spend it at his resorts, holding events for Republican candidates. He’s going to go out and do more rallies for Republican candidates, but pay for it through this PAC money so that he doesn’t have to pay out of pocket for these kinds of things. This is exactly, by the way, what I predicted was going to happen shortly after the 2020 election. He was going to continue raising this money through a PAC or by launching a campaign of his own, but he’s gone the PAC route. And now he’s telling people, don’t give your money to the Republican party, give it to me instead and by the way, I fully 100%, 100% wholeheartedly endorse this idea.

If you were thinking about giving money to the Republican party, please rethink it and instead send that money to Donald Trump and whatever PAC it is he says he’s created because this is the best way to let the Republican party die. Because that’s what this is. This is the death of the Republican party through such an obvious grift. Everyone outside of the Trump cult sees this for what it is. Like, we know it’s very obvious when the con man says, oh, just give me your money and you can trust that I will do with it hat you think I will do with it. Th, this is, this is beyond satire at this point. He truly has become the carnival barking, snake oil salesman, come one, come all. If you want your Republican party to flourish, all you’ve got to do is buy a little bit of Trump’s magic elixir, and I myself will go out there and write all the wrongs with the Republican party.

Getting rid of both the rinos and the fools. All you have to do is fork over your hard earned cash to an even bigger fool who’s really, really bad at running campaigns. Yeah, this sounds like a total winning strategy Republicans. So if you want to go with it, please understand you have my full endorsement, because if you’re going to be led by a grifter, you may as well just let it happen. And that is exactly what the Republican party is doing today. They have handed over the keys to the grifter. They’re bowing down before him. They are backing down off the fights that he is threatening to have with them. He is winning the battle for the soul of the Republican party, but unfortunately, when the devil gets your soul, we all know what happens next.