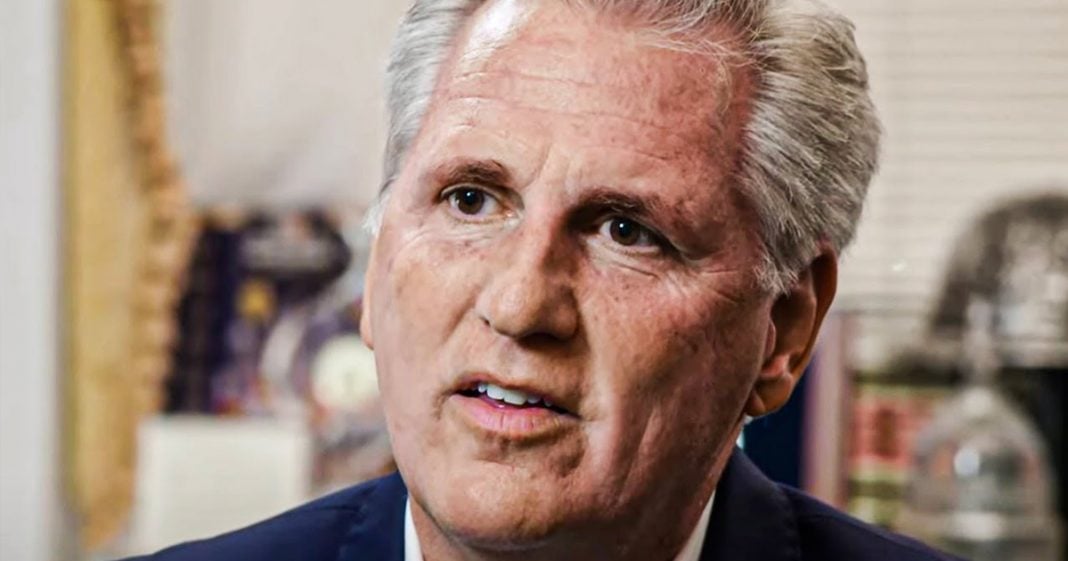 Republican lawmakers overwhelmingly voted against the COVID relief package, and they have spent the past week or so trying to tell us how horrible it is. But their cries aren’t resonating with the public – including their own constituents – as the package has a massive approval rating and the public is in dire needs of the aid contained in the package. Republicans don’t win when they attack popular policies, as Ring of Fire’s Farron Cousins explains.

Republicans in both the House and the Senate, overwhelmingly voted against the COVID relief package that’s about to be signed by the president and by doing so, and by relentlessly attacking it, by the way, in interviews and on social media, they’re actually doing themselves a lot of harm because as it turns out, this package, this stimulus package is overwhelmingly supported by a vast majority of people in the United States, including more than 40% of Republicans. And here we have a party, an entire party that has essentially banded together and said, we don’t like this thing, we don’t support it, leaving the public saying, but we, we do and it’s weird that you would say you don’t support this thing when you actually supported the other two that were essentially the same thing, except just more costly. Really. So here’s what we’re looking at right now, 69% of voters support the bill, 84% of Democrats, 65% of independents and actually 54% of Republicans, sorry, not 41%.

Um, so majorities of all voters, that’s, that’s, that’s rather shocking, is it not? And here you have a party that’s openly saying we hate this thing. We don’t like the thing that you like. We don’t like this thing that’s about to put money in your pockets and granted it’s not as much money as it should be and it’s certainly not as many people as had gotten the previous checks, but the people most in need are going to get something here. It’s not enough, but again, it, it does help. So Republicans think it’s smart, as people wait with bated breath to get their hands on these stimulus payments, Republicans think it’s a smart idea to tell them we don’t want you to have this money. We don’t want you to be able to take care of yourself in the middle of a pandemic and a recession. That’s not exactly the smartest political move out there.

And speaking of not smart political people, you have right-wingers out there who are actually saying, I think Erick Erickson said it on Twitter, that when it comes time for the next election, the voters are going to have forgotten about the COVID package, but they will remember Dr. Seuss. Like these are literally the idiotic things that Republicans say that have no basis in reality, not to mention the fact that the Democrats aren’t even the ones who decided to take some of the Dr. Seuss stuff off the market for being racist. That, that was the Seuss estate that did that. So what’s your play here, Republicans? Your own party supports the bill. Your own party desperately needs this bill and you’re sitting there telling them, hey, reward us because we tried to not give you this. Bold strategy and I’m pretty sure it’s not gonna work at all.