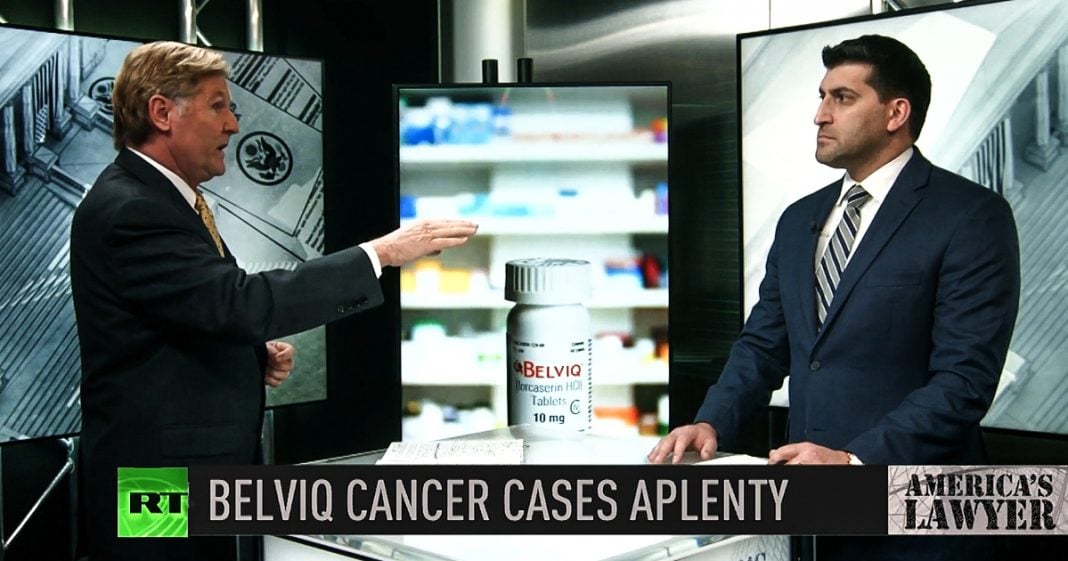 Via America’s Lawyer: The weight-loss aid Belviq was once the most popular drug on the market. Then came a recall due to hundreds of cases of brain, lung, and pancreatic cancer. Attorney Stephen Luongo joins Mike Papantonio to explain how the FDA did a regulatory U-turn after approving the dangerous drug back in 2012. Also, a federal court rules the NYPD must release disciplinary records in a victory for police accountability and transparency. Mike Papantonio & Farron Cousins discuss more.

Mike Papantonio:             And finally tonight, some good news. A court in New York has ruled that police unions can no longer hide the complaints made about their officers. I have Farron Cousins joining me again to talk about this. Farron, welcome back. I look at this case, I have, it’s, it makes me scream to think that doctors have the same protection where I don’t care how bad they screw up, you can’t get to that information without a lawsuit. Lawyers have the same protection, again, I don’t care how bad the lawyer, how dishonest the lawyer is, you can’t get to that information. So here we finally are paying attention to police officers that have killed people unnecessarily in the past, injured people, bad conduct. We can’t even look at their files. Now we, there’s a possibility, huh?

Farron Cousins:                  You know, and this is really great. And unfortunately, it’s only for New York city or at the moment, hopefully this does get expanded. It also applies to firefighters and other first responders and those are the kinds of things we need to know. These are the people who are walking around, the police officers, heavily armed. You know, we have watched them in footage over the last year, literally just run over people because they were in their way. We need to know who they are and more importantly, we need to be able to keep track of them because a lot of ways, these police departments act kind of like the Catholic church does. Whenever somebody gets caught doing something bad, well, you, you work over here now. You’re in this department. You’re in this diocese. And police departments across the country do the same thing because nobody can keep track of who they are or where they are.

Mike Papantonio:             Okay. So they move the policemen behind a desk for awhile and then after he at behind a desk for awhile, they move him back into the street. Nobody knows what the person did. Here’s where we really see it. When we have a horrible event, unnecessary shooting, unnecessary injury, conduct by the police and we want to initiate a lawsuit, you outta to see what it takes to get to the police officer’s file. Unions for the police officers have made it virtually impossible to do that. I’m all for unions, but unions have got to have a common sense understanding about what it means when you hide the history on people like this.

Farron Cousins:                  Right. The, the police unions don’t operate like typical unions where it’s, we’re fighting for good benefits. No, you’re fighting to not be accountable is what the police unions do and it’s good that they suffered this loss. It’s good that people are going to be able to see what happens because we need to know what happens and we need to be able to check up and make sure that the person who has all these complaints against them, whether it’s, you know, unnecessary force or even sexual assault for some of these officers.