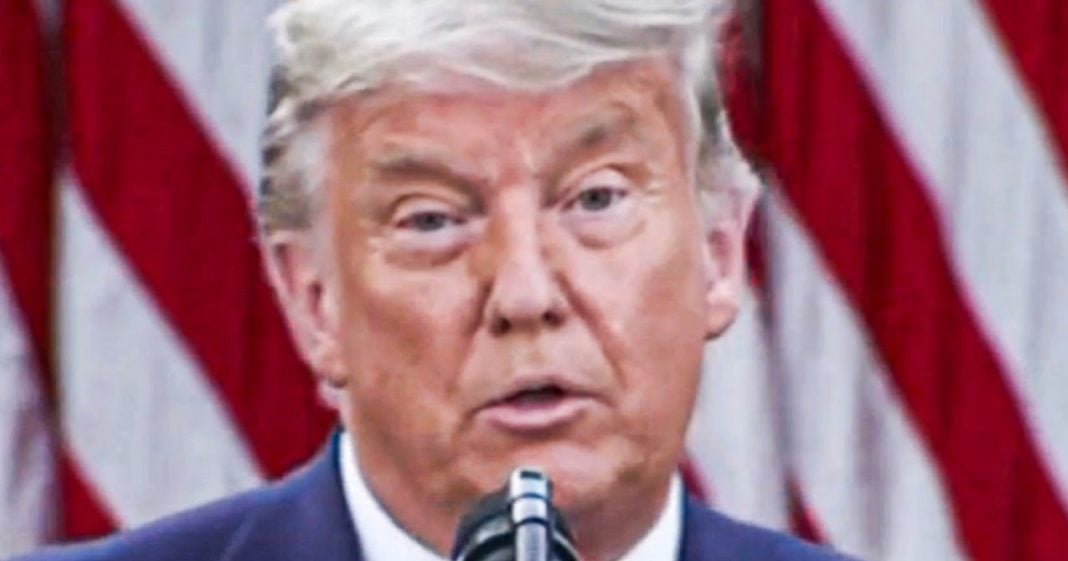 While there was plenty of speculation about what prosecutors in New York were looking for in Donald Trump’s financial records, we now know exactly what they are after – and what kind of problems Trump could be facing. New reports say that investigators are trying to determine whether or not Trump lied about the values of his properties in order to secure certain tax breaks, which could end up getting popped for multiple counts of fraud. Ring of Fire’s Farron Cousins explains what’s happening.

After months and months and months of speculating about what investigators in New York were trying to find out with Donald Trump’s financial records, we now have a much clearer though, I still believe incomplete picture of what they’re trying to find. Now we have known for quite some time that it likely has something to do with the valuing of properties and taxes and things like that. But now we know for certain, at least one of the things they’re looking into is one specific property called Seven Springs. Donald Trump bought it in 1995 for seven and a half million dollars and they’re looking into whether or not he undervalued the property in order to score some tax breaks from it. If he did what they think he did, then that would certainly be tax fraud. If he then used those values to go and try to get loans from banks, or if he changed the value to get loans from banks, then you got bank fraud in there too. So that is at least one of the things that we now know for certain they are looking into in those investigations in Manhattan.

Again though, I seriously doubt this is the only thing they’re looking into, one single property, but we also have to understand they do have the financial records now. So it could be that they’ve already combed through what was it, millions of pages of documents and this was the only thing that they think might be criminal, maybe. Or it could be, this was just one of the first things they came across as they start diving into those documents and they could still have millions and millions of pages left to go through that could potentially implicate him in further criminal activity or at least raise some serious red flags that investigators can then look into. That we do not no yet, but having a clearer picture of what is taking place in New York is certainly helpful. And again, this isn’t that surprising. This is pretty much what Michael Cohen had suggested during his congressional testimony was taking place, that Trump would change the values of his property, depending on who he was talking to for tax purposes, he would value it lower, for bank loans, he would value it higher. And if what Michael Cohen said was true, which is what they’re looking into with at least this property, Trump could be looking at some serious trouble.

Obviously if it’s only one property, the chances of Donald Trump facing any real criminal penalties becomes a lot less. And I know that may sound disappointing to a lot of people, but please understand we are kind of in uncharted territory right now. He is the former president of the United States, and that still carries a lot of weight, but watching the French government actually go after Sarkozy, and, and convicting him like that kind of sets the stage to say that, listen, presidents are not above the law, even though that’s a different country, it really does kind of send shockwaves around the globe saying that if they’re willing to do it, maybe we should be willing to do it. That’s all speculation, of course, we have a lot, a lot, a lot, a lot of time before we get any kind of resolution or really any more clarity on this particular issue probably before even any actual charges are filed, if they’re filed at all. So I don’t want anybody getting their hopes too high up at this point. But so far, what Michael Cohen claims to have happened does kind of seem like that’s the road these investigators are following and with the documents they now have, if it happened, it’s going to be pretty easy to prove it.