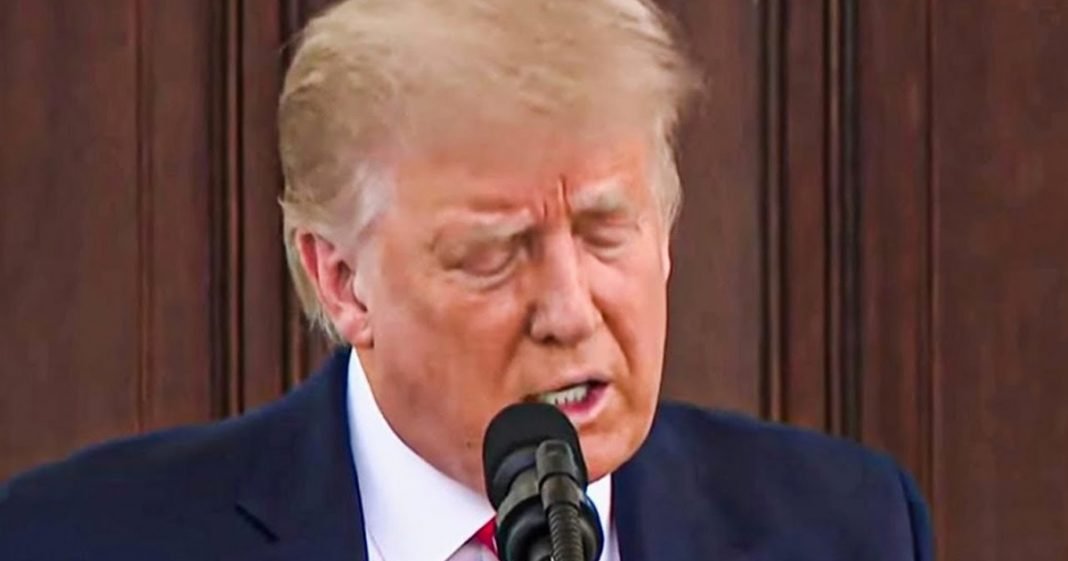 Donald Trump recently talked about Republican unity in his CPAC speech, but he’s singing a different tune behind the scenes. The ex-president had his lawyers send cease and desist letters to multiple Republican groups late last week, telling them to stop using his name and likeness in their fundraising pitches. Trump wants to make sure that anyone who uses his name is loyal to him, and Ring of Fire’s Farron Cousins explains how that might play out.

At his CPAC speech recently, Donald Trump talked about the fact that there is no division in the Republican party. No, that’s just a liberal myth that there is some kind of fight going on inside of the Republican party. Doesn’t happen, according to Donald Trump, and it makes it really interesting considering that this past Friday, he had his lawyers send out cease and desist letters to three different Republican groups telling them that they are not allowed to use his likeness or even his name in any of their fundraising activities. Nope. Donald Trump doesn’t want to be a part of any of that, unless of course, and this wasn’t mentioned by the lawyers, but it was mentioned in other articles, unless of course Donald Trump knows that your on his side. So what he is doing, what this campaign loser is doing, is holding the Republican party hostage.

And he is saying, you cannot campaign on me unless I give you my stamp of approval. And the only way you can get Donald Trump’s stamp of approval is effectively to admit that there were shenanigans in the 2020 election and that he should be the president of the United States. In other words, you have to prove your undying loyalty to Donald Trump and the big lie or else you don’t get to use his name. Now I’m going to bring up the question I always bring up. Why is the Republican party willing to basically bend the knee, for lack of a better term, to this loser? Because that’s what he is. You know, I mean, hell just yesterday he lost his last three election challenges at the Supreme Court. He’s lost dozens of court cases. He lost the election. He lost the midterms in 2018. He lost the Senate this year.

He lost every thing, yet still thinks he holds some kind of power over the Republican party and to a degree, as long as they’re willing to admit that he does hold power over them, I guess he does hold power over them. But it’s imaginary, right? I, that’s, that’s what’s driving me crazy that they don’t understand like, oh God, we have to bow down to Trump because if we don’t, what? What’s he going to do? Put together his ragtag team of morons that include Donald Trump Jr. and, uh, Brad Parscale, who he recently had a meeting with both of those folks in Mar-a-Lago to talk about how to move forward. Like those people are also losers. They don’t know what they’re doing. They don’t even have a plan of what they want to do, yet, they do know that they want Donald Trump to continue holding the Republican party hostage.

And if that’s the route you want to go more power to you Republicans, continue to force yourselves to bow down in front of this loser. Because as we saw in 2020 and in 2018, and to an extent in 2017 and 2019 in special elections where Donald Trump endorsed individuals, this guy can’t seem to win. Oh sure, he got 2016 because of the electoral college. So he kind of still lost that one too though. So if you want this to be the fate of your party, having to bow down before a loser in order to get anything done, that’s up to you. I’m not going to stop you, but just understand that the rest of the country is laughing at you.