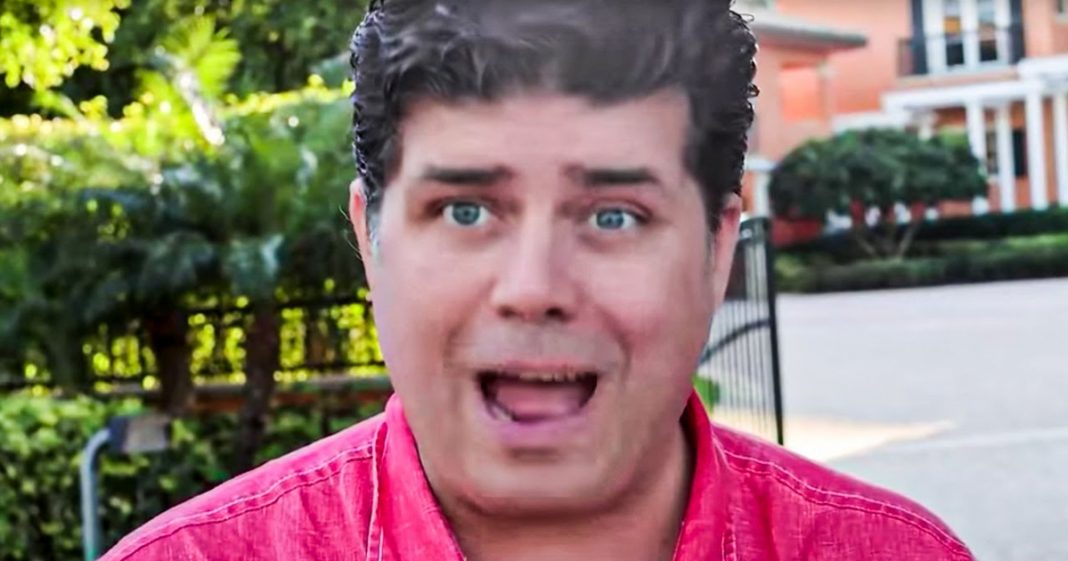 A right-wing pastor named Shane Vaughn says that Donald Trump deserves credit for the $1,400 checks that are about to be sent to millions of Americans because the first stimulus checks were sent out under Trump. This is the level of cult-like worship that is still being sold to Republicans, and far too many of them are willing to gobble it up, no questions asked. Ring of Fire’s Farron Cousins explains what’s happening.

Over the weekend, right wing pastor Shane Vaughn from Mississippi, said in a YouTube vid, a video to his followers that these $1,400 checks that are going to be rolling out pretty soon from the government, um, Donald Trump did that. Here’s what he said. He said, this was Donald Trump’s idea. Donald Trump said, if we’re going to blow this money anyway, then blow it on our people and so ladies and gentlemen, that bill that passed where you’re getting all this money, that was an offering from our late president to every one of you. Now, got to, got to address that last line, our late president. Um, if there was some kind of breaking news about something happening to Donald Trump, I would like to know about it and I’d be shocked that the media hasn’t reported on it. You don’t refer to somebody as our late president, idiot, unless they’ve passed on. You, you would say former president, you can say ex president, you could say the last president, but you don’t say the late president till the guy is no longer breathing.

And as far as we know, Donald Trump is absolutely still alive. So that was a weird, weird way to phrase that. But, that’s not even the stupidest thing you said. The stupidest thing is obviously that this is somehow Donald Trump’s idea. No it is not. This was the idea, way back when you know about a year ago, of economic experts and it took Democrats and Republicans working together to make this happen. Donald Trump just happened to be the president when this unfolded at that time. Now for this latest round of stimulus, Republicans voted against it. So there is no Republican that deserves any kind of credit or any kind of praise for what’s coming down the pipeline. And while it’s good that we’re getting these checks, the Democrats still don’t deserve a whole lot of credit because they repeatedly negotiated with themselves to lower the amount and reduce the number of people who get the checks by about 17 million, which as we’ve said, opens up the door for Republicans to later come out and say more people got money under Trump. So sure, that’s a thing you could say, but overall, nobody deserves a ton of credit for anything at this point.

The American public needs help. They’ve gotten a little bit of it here and there, nowhere near enough. How long are these $1,400 checks supposed to last us? Are we going to get another round? I mean, we have Fauci out there telling us right now, we’re not even going to be able to start vaccinating high school kids until maybe the Fall. We allegedly have 300 million doses of the vaccine coming by the end of May. We could get every adult inoculated, but we have far too many people in this country who say they want to take the vaccine, which means it’s going to be longer before we can reach herd immunity, which means it’s going to be longer before people can at least try to get back to some kind of normal and $1,400 ain’t gonna cut it. But the Democrats deserve the credit for this round of stimulus, not Donald Trump. But as usual, this is the level of cult-like worship that we have to deal with in this country now, for some reason, and we have actual pastors, people who claim to be men of God, out there telling us that we should instead be worshiping Donald Trump. Pretty sure there’s a fairly memorable Bible story about a group of people who worshiped a false idol and got cast down into that pit of fire. So maybe don’t take this pastor’s advice if you actually believe in religion.