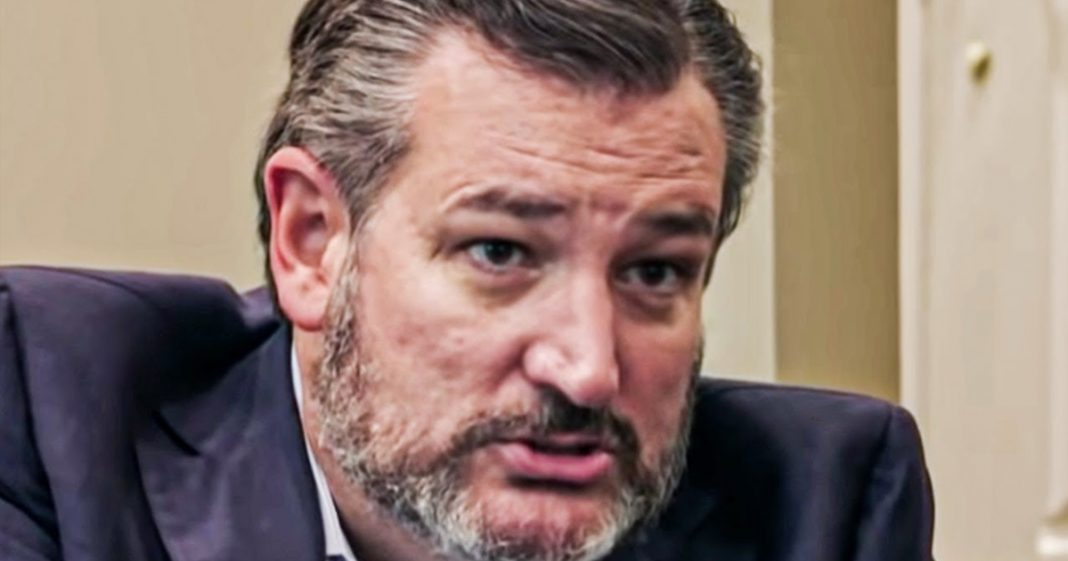 Republican senator tried to claim that Democrats are about to give stimulus checks to undocumented workers, but the facts were not on his side. And most of the country already knew that, so they were quick to point out that Cruz voted to give NOBODY a stimulus check, putting him on the defensive after voting down the latest COVID relief package. Ring of Fire’s Farron Cousins explains what’s happening.

Republican Senator Ted Cruz on Saturday, thought that he had a humdinger of a zinger to take down the Democratic party. Ted Cruz put forth an amendment to the $1.9 trillion stimulus package that would prevent the Democrats from being able to give $1,400 checks to undocumented immigrants. That is a win for the Texas Senator, right? You’re going to get Democrats to vote down this amendment. You’re going to get to show that they want to give $1,400 to undocumented immigrants. The same people that we always like to claim, Republicans, are taking their jobs. Even though we’re taking money from the companies that are giving their jobs to these people, they don’t need to know that part. And then as expected Democrats voted it down and Ted Cruz thought he had a solid victory till Dick Durbin spoke up, Democratic Senator, and he said, yeah, Ted, our bill already doesn’t do that.

Like you don’t have to put forth an amendment calling for our legislation to not do something that it already doesn’t do. So kinda, kinda not sure what your point is here other than of course, to gain political points with your low information base and I’m not saying that folks to sit here and just make fun of Ted Cruz voters, but it is a low information voting block. That doesn’t mean they’re stupid. It means they’re willfully ignorant. The real information is readily available to anybody who seeks it, to anybody who wants it. That information is available well, about what this piece of legislation actually does. But Ted Cruz knows that most Americans, whether they support him or not, are absolutely not going to go through the hassle of reading the legislation of seeking out the parts that he says are, are definitely in there, even though they’re not, they’re not going to do that.

So we take politicians at their word and unfortunately, Ted Cruz is one of those individuals that far too many people think is being honest. But Cruz on this particular front, excuse me, immediately got shot down because not only did you have Dick Durbin point out that, yeah, that’s not a thing that this bill does. No undocumented immigrant is getting money from this because you have to have a social security number, you dumb. But also everybody on social media was more than willing to immediately point that out to Ted Cruz. Obviously far more colorfully than Democratic Senator Dick Durbin did. So yeah, Ted Cruz thought he had a victory. He thought he had a winning argument. He thought he had the issue in hand only to realize that people aren’t quite as stupid as he would like to think that they are and well-educated, well informed voters, have always been the enemy of the Republican party.