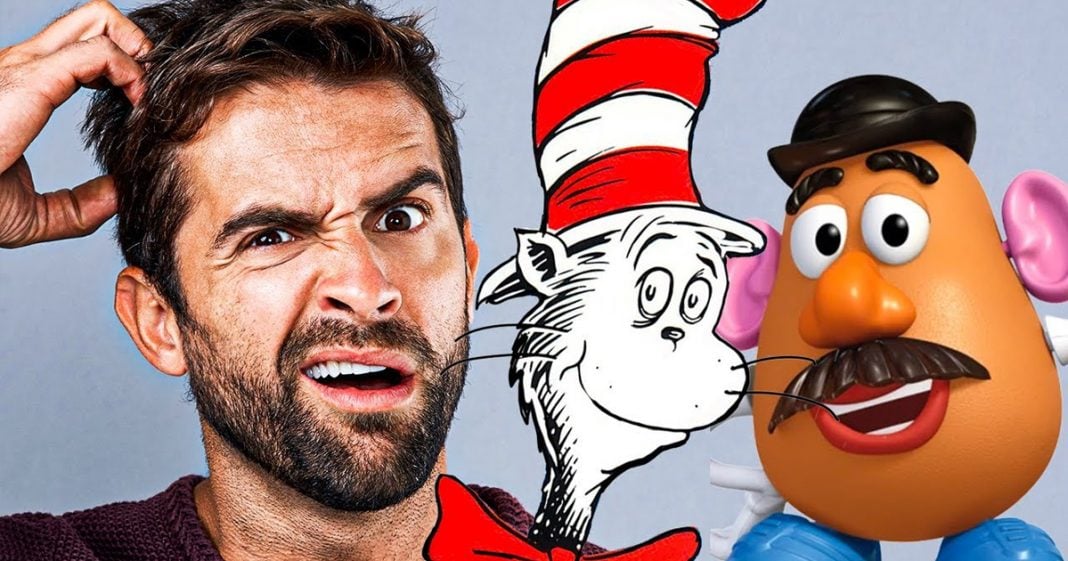 The Democrats might have under-delivered for Americans last week, but the Republicans were on a completely different planet. They spent the week whining about Dr. Seuss books and the gender of potato dolls instead of doing anything at all to provide relief to struggling American families. The Democrats might be woefully inadequate, but when we see what’s on the other side it becomes apparent why we end up with so many “lesser of two evils” elections. Ring of Fire’s Farron Cousins discusses this.

You know, last week, the Democrats, once again, really let the public down. No question about that. And you know, on Friday you had, Kyrsten Sinema with her little voting down a $15 minimum wage, a really horrific showing there. They also, by the way, watered down the COVID relief package, reducing the number of people who are going to get this relief, I think by 17 million people who are now no longer eligible. So Democrats didn’t have a great week. Somehow Republicans had an even worse week because while Democrats were at least doing something to, to kind of help, what were the Republicans doing last week, they were crying about Dr. Seuss books and the gender of plastic potatoes. They were engaged in this culture war, anti-woke BS that nobody actually gives a crap about, trying to make these non-issues into issues. I’m not going to lie here. I don’t even know what those are about. I spend a lot of time on Twitter and I see people talking about this stupid stuff and you know what I do when I see people talking about these kinds of things, I just scroll past it.

I don’t bother to look into what’s happening with it. I don’t bother to learn about the issue here because it’s a non issue. And honestly it really drives me crazy that more people on the left just don’t ignore this crap. Like seriously folks, ignore it. If you want to mock it for a few moments. Cool. Do that. That’s great. Make fun of them and laugh. But if you actively try to engage and explain to them why they’re stupid, they’re only going to push it even harder. Like you’re wasting your breath, stop it. So yes, Republicans, Ted Cruz, Josh Hawley, and all of the usual suspects spent the entire week talking about genders and genitalia of plastic potatoes and the old, extremely xenophobic, writings of Dr. Seuss that they’re going to, hey, we’re going to take them out. Um, and that’s about it. So the reason I bring this up to contrast the two is yes, Democrats did get relief for the American public, not anywhere near what it should have been, but on the other side, you had people crying about potato.

These, these are our two major parties folks, one that’s negotiating with itself to do less for the people and the other one that wonders whether or not a potato has a ding dong. Yeah, yeah. Our country we’re, we’re not, we’re not in good shape at all. Like this, this isn’t, this isn’t sustainable. This, this isn’t normal. Let’s, let’s, let’s, let’s say that, it’s not normal. But this is also why we end up with so many different elections that really are the choice of the lesser of two evils, because that is what the Democratic party is right now. They’ve proven over the last couple of weeks, they’re sure as hell not the party of good, they’re the party of better, but not good. Like the affordable care act, the affordable care act is better, but it’s still not good. Yes, getting relief to some people is better than not giving it to any, but it’s still not good and it’s still not what you promised. But all of these things are also better than spending a week on Twitter whining about whether or not a potato has a ding dong. So that’s the lesser of two evil folks and that’s the American political system in a nutshell.