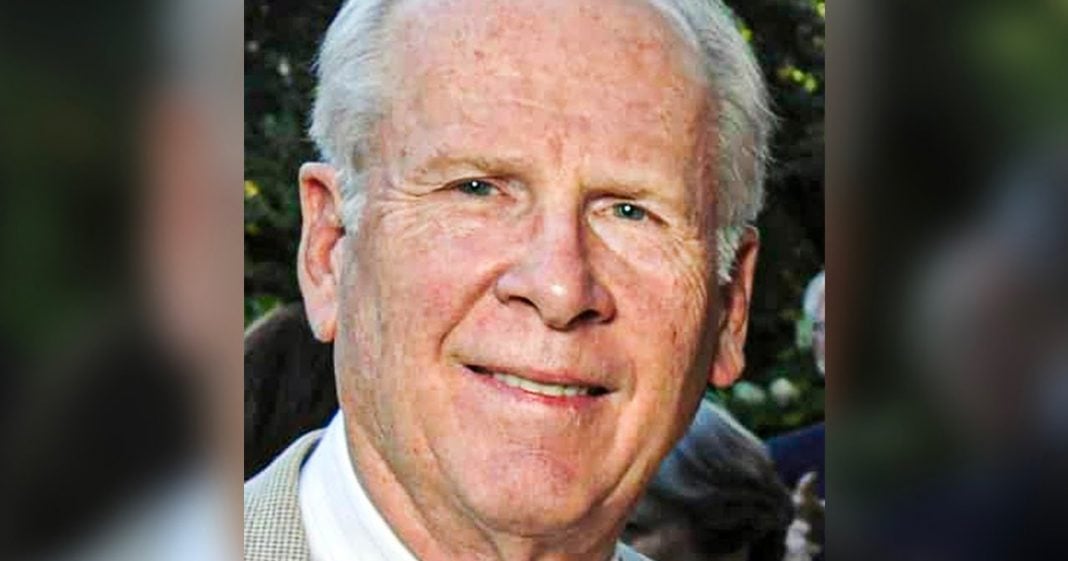 A billionaire Republican donor has been accused of pulling off the largest tax fraud scheme ever in the United States, and not surprisingly, Republicans have been completely silent on the issue since the news broke last week. Regardless of Party affiliation, the wealthy elite in America need to be audited more stringently and more frequently in order to prevent things like this from happening again. Ring of Fire’s Farron Cousins discusses this.

Last week, it was announced that a man by the name of Robert Brockman, a longtime CEO of a company called Reynolds and Reynolds it’s a software company. But last week it was revealed that he has been arrested for what is being called the largest tax scam in American history. Now, most of you don’t know the name, Robert Brockman. Most of you probably never heard of Reynolds and Reynolds, but if you are a Republican politician, you sure know who Robert Brockman is because Brockman a billionaire, has been a long time hardcore Republican donor. And yes, he just pulled off over the span of 20 years according to investigators, a $2 billion tax fraud by taking his money, hiding it in these offshore tax havens, moving it around so that nobody could trace it. Almost based on these reports, it seems like laundering his own money just to keep it out of the hands of the IRS.

And of course all along the way, funding these anti-tax Republican candidates. And now he got busted. And here’s a little bit of irony here. His lawyers are trying to argue that he can’t actually be prosecuted for this, because he’s starting to develop dementia. So, you know, he’s, he’s not competent enough to stand trial. So you got to let him go. You know, this poor elderly man who ripped off the government for 20 years, at least that we know of, golly, you just, you can’t do anything to him because now he’s, he’s sick. His mind’s not what it was and it’s very sad and it is very sad, sure, sure. Um, still broke the law. I mean, allegedly, still allegedly broke the law. So, um, got to face some kind of punishment here. Like you don’t just get to get off because suddenly your body starts to deteriorate in very unfortunate ways.

I’m sorry, but the dudes got to face the music and you know who else needs to be facing at least a little bit of music here. It’s these Republican politicians, where the hell are they? Brockman, I mean, according to this report here, you got 80,000 to the national Republican congressional committee just three years ago. A hundred thousand to different entities linked to Paul Ryan, 5,000 here to prosperity action. I mean, good God, the guy has been all over the place, giving money to Republicans. So where are they? Why don’t you speak out, your boy’s in trouble, he needs your help. So where are you? And more importantly, where’s the money? Don’t you think that maybe taking money from a tax cheat is the kind of thing that you ought to think about returning, or do you just not have any scruples at all? If I were a Democratic operative, I would be all over this story. I would be running it in the news. I would be putting it on billboards and I would be putting every Republican on blast if they had ever taken a dime from this man. Biggest tax scheme in American history and of course he is a Republican mega donor.