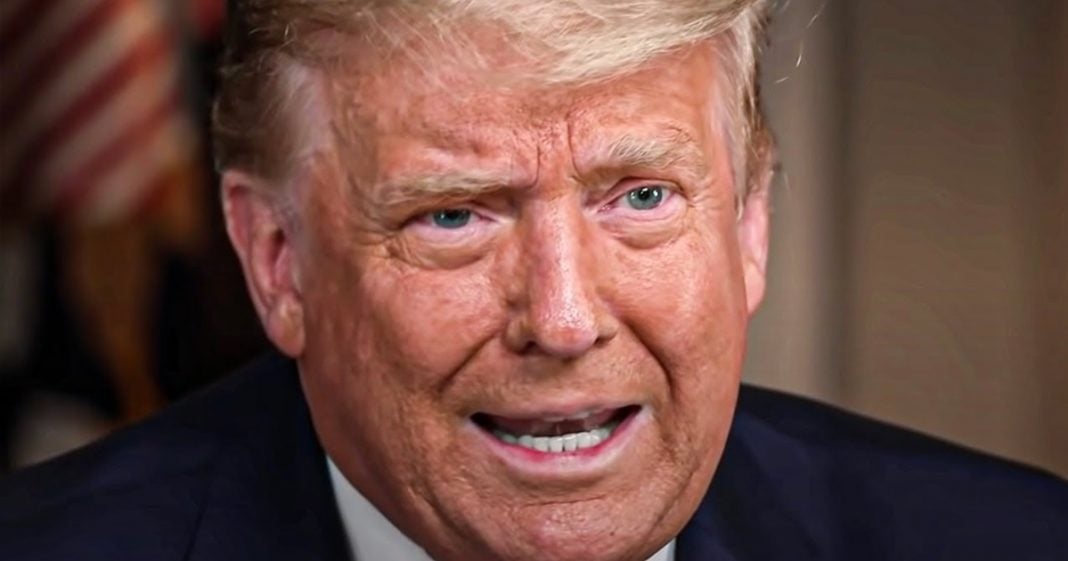 70 out of the top 100 counties in America with the highest COVID death rates voted for Donald Trump over Joe Biden, giving Trump an 18-point advantage in areas where COVID killed the most people. This might be a coincidental correlation, but it could also tell the story of how Donald Trump’s insistence that this was all overblown had a very real impact on the people who supported his campaign. Ring of Fire’s Farron Cousins discusses this.

According to the data, out of the top 100 counties here in the United States that had the highest COVID death tolls, 70 of those 100 voted for Donald Trump. Only 13 of them voted for Joe Biden. The rest were pretty much too close to call a clear victor. But 70% of them with the highest COVID death tolls voted for Donald Trump and they voted for Donald Trump, by the way, according to this data, by an 18 point margin. The ones that ended up going for Joe Biden were heavily populated metropolitan areas. You know, like New York, that doesn’t necessarily mean that they’re just these bastions of liberalism. It’s the fact that there were so many people there, that’s why you had huge death tolls. Not to say New York was run beautifully during the pandemic. It definitely was not. But I do think this correlation between high COVID death toll and support for Donald Trump, I do believe that it bears a little bit of fleshing out here because what we have to do, because it’s not necessarily mentioned in any of this data, because you really can’t, is we have to determine whether or not this is just a freak correlation.

You know, two random sets of data that actually have nothing to do with one another. Or is there a causality? Did support for Donald Trump end up indicating whether or not your County was going to have a higher COVID death toll? That is what scientists and, you know, mathematicians, the data people, they can dig through this as time moves on and they can actually find out. You know, if this correlation ends up happening and more than just these hundred counties, if you’re able to show that support for Donald Trump ended up making you less likely to wear a mask, we already know that it does. If it made you more likely to take risks during the pandemic, like going out to restaurants or going up to a Trump rally, then yes, that would indicate more super spreader potential among the pro-Trump areas. So the question is, why is that?

And the answer is, we all know why. The answer is because Donald Trump never took this seriously. It was easy to be skeptical. I myself was skeptical, skeptical in the very early days of this. We’ve gone through many superbugs that all fizzled out and at the onset of this, we had no reason to think this wasn’t just the next big blop. It turns out this was the real deal. All of us who had said that it wasn’t, I think almost all of us, ended up recanting rather quickly, apologizing. But Donald Trump never did that. Donald Trump kept doubling down. He kept acting like, nope, this thing’s going to go away. Nope, we’re going to have full churches by Easter. Nope, we’re going to be totally opened by summer. Nope, kids are going back to school in August. Every time it was, nope, everything’s going to be totally fine.

Like two weeks from now, we’re good to go. And we could have been good to go if the government had passed recurring stimulus for American workers, if they had been honest with us about how bad it really was from the outset, and said, listen, these are the hard conversations that we don’t necessarily want to have with you, but we have to have with you, if they would have done that, if they would have treated us like adults, we could have gotten through this thing, but we didn’t. And that is 100% because of Donald Trump, he owns this. He owns all of those deaths that took place on his watch and all of his supporters who ended up in an early grave, that’s because of him too. And no, they didn’t deserve that just because they were Trump supporters. I’m not going to follow that Michael Moore, Keith Olbermann line of thinking that, oh, well you voted for Trump.

You deserve all the horrible things that come with it. No. They need to be able to learn from it. Sure. But I’m definitely not going to sit here and say, well, you deserve to die because you voted for the anti mask guy. Nope. Not going to go that far by any stretch of the imagination. We could have done better as a country, red States and blue States alike and the reason we didn’t once again is because it all flowed from the top and there was no leadership there. If we’d had a strong leader, we wouldn’t be in the boat that we’re in right now.