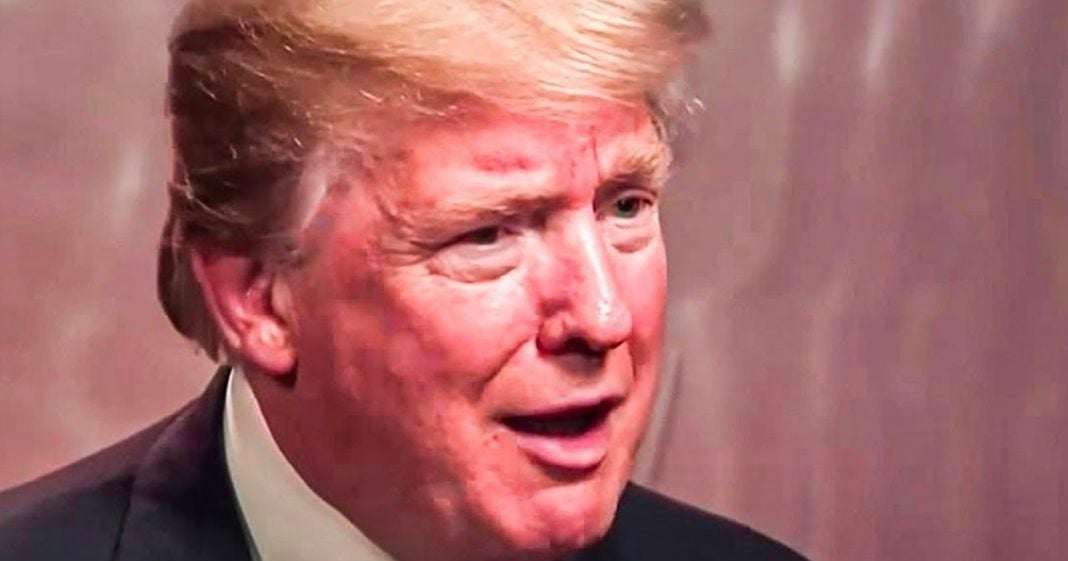 In spite of the fact that he is a habitual campaign loser and a plague upon their Party, Republicans refuse to give up their allegiance to Donald Trump. Farron Cousins has pondered aloud recently why this is, but now he believes he has come up with the reason why Republicans are willing to throw all logic and common sense out the window in order to support this hugely unpopular icon. Listen as he exposes the truth about why Republicans are so addicted to Donald Trump.

For quite some time now I’ve been racking my brain, trying to figure out why Republicans, whether it’s voters, lawmakers, whoever it is, why Republicans continue to flock to Donald Trump, who is by very definition, a loser. He’s been a loser in business. He’s been a loser in politics, you know, lost the 2020 election, lost Republicans the House, lost them the Senate. Most of the candidates he endorsed in special election, special elections, during his time in office, they lost. The guy’s a loser. He never won the popular vote, not once. He is poison, he never had an approval rating that cracked 50% in this country. So why keep going back to him? And it confused me, right? You know, I’ve talked about the fact that, you know, obviously it can’t be because he’s a good looking guy and as a not good looking guy, I can say that. It’s not because of his wealth because there’s plenty of people wealthier.

It’s not because of his political prowess, because there’s been far more popular politicians than this guy. So why? And then it hit me. I know why now. I get it. It’s because Donald Trump is everything that these ridiculous Republican voters and Republican politicians wish they could be, the bully, the person who speaks their mind without any fear of what others say. Because that is the one thing that Donald Trump actually does, I guess you would call it, well, still makes him a, but he does it well. He’s, he doesn’t take crap from anybody and that’s what these Republicans love. They love the fact that he can say the things that they want to say, but they are too cowardly to say it. So this love affair, this affection with Donald Trump, it doesn’t have to do with his money, his, his physical appearance or his political savvy.

That’s what Republicans want. Not just the lawmakers, but everybody out there across this country that admires this man. They wish they could be that. They wish they could stand up for themselves the way that Donald Trump does. Because again, deep down, most of these people are cowards. They’re afraid of the fight and to his credit, Donald Trump never has been. So that’s what it is. Donald Trump is a horrible human being and an absolute scumbag, but he, he possesses that one trait that these cowardly Republicans across the country so desperately wish they had. And that is why they continue to put this man on a pedestal.