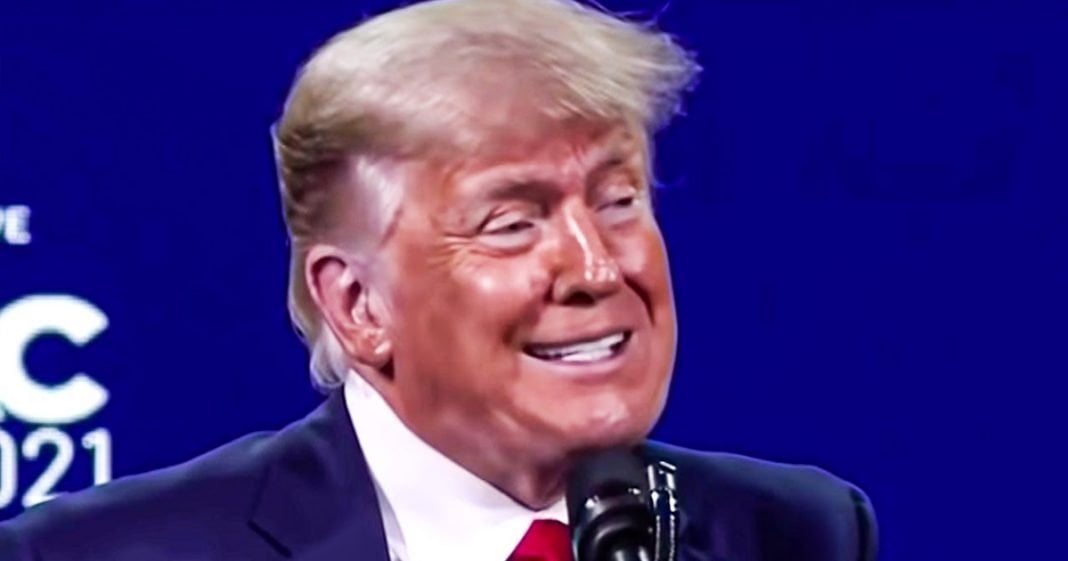 Republican leadership is starting to worry that Donald Trump’s vendetta against the Republicans who voted to impeach him could end up costing them the 2022 midterms. Most of the people that Trump is angry at are in deep red districts, but leadership still doesn’t want any kind of fight that could leave these candidates open to attacks from either side. Ring of Fire’s Farron Cousins discusses this.

Republicans in leadership positions here in the United States are still starting to worry about what Donald Trump is going to do to their party ahead of and during the 2022 midterm elections. Earlier this week, it had been reported that you had the chair of the national Republican congressional committee coming out, kind of warning the president. Like, hey, could you not go after our incumbents because that’s really going to hurt us in the midterms and then later in the week, he, he kind of clarified and said, hey, if you want to go at, you know, open seats and, and put forward your people. Yeah, totally, totally cool with that. But please, please stay away from our incumbents. And as the week progressed, more and more Republicans in leadership positions were speaking to the press and talking about the fact that they don’t want Donald Trump’s handpicked cronies to bloody up these Republican incumbents, to the point where Democrats have an easy path to victory, because as it stands right now, all of the missteps of the Democratic party in just the past two weeks, you know, failing on the minimum wage, failing on the COVID relief, scaling it down, taking 17 million people off the eligibility list.

This is bad. This is a really stupid move by Democrats and it’s going to cost them dearly if Republicans can play it correctly, which they believe they can so long as Donald Trump doesn’t interfere. Like, Donald Trump is really, really bad at politics. Okay. Forget for a second that he won an election. He didn’t win the popular vote. He won because of the electoral college. But he did kind of strike a nerve with people at that particular time and that’s what allowed him to win that election. He didn’t recreate that, even though he tried in 2020, and yes, he got more votes than any Republican ever it’s because we had more turnout than ever before and yes, he has his cult following. But folks, when it comes to actually doing politics, running elections, being successful, he sucks and these Republicans in leadership positions know that. They’re not a whole hell of a lot better, but they are still somewhat better, but they know that some of these candidates actually know what they’re doing. They know what they’re talking about. They may be lying their asses off when they talk to the public, but they can win elections by God. And part of the reason for that is because they’ve worked really, really hard to gerrymander these districts and to me, I think that is where the real fear of these Republicans comes in.

When you take a deep red deer gerrymandered district, I don’t know, say like the one Marjorie Taylor Greene represents, or the one that Dan Crenshaw represents in Texas and you put a loony tune character in Congress, a loony tune that draws widespread criticism from all over the country that makes people start to look at things like their district. Like why is Dan Crenshaw’s district shaped like a weird C going up and curving all around and grabbing all these Republican areas? Huh? And that is one of the biggest criticisms of Crenshaw every time he says something stupid online, which is quite frequently. Marjorie Taylor Greene, people are starting to look at that and say, well, hold up now, what is it with the districting here? And the problem for Republicans there is that the more people, especially across the country, start to question these things, the more they want answers and the more it forces their own constituents to start to look at it and say, maybe we are the problem. Maybe something should be done. Not all of them, but a few of them and sometimes that’s enough. It basically just creates this long, big domino effect.

You put a loony tune up there and before you know it, there’s a lot of questions being answered. There’s a lot of unhappy people and that could end up costing you big time in the long run. You know, you may have a two-year victory that puts you on the path for 10 years of devastation. Trump can’t understand that because as a CEO, they’re taught to only look at the immediate. What can you get right now? What can you get right now? But believe it or not, apparently there’s some people in the Republican party who still say, well, how does this affect us in the long game? That’s what Mitch McConnell did with this last election. He absolutely did that. He thought to himself, listen, we can lose the Senate for two years. Okay. Not that bad. And we can knee cap these Democrats to the point where they get nothing done. The public turns on them. Then we get our majority’s back in 2022. He played the long game there and Republicans want to do the same in this, well next year’s midterms, but they can’t do it if Donald Trump forces this, you know, crazy wave of candidates onto the public. That’s what we’re looking at here. That’s the scenario that could easily play itself out and Republicans sure as hell don’t want to see it happen.