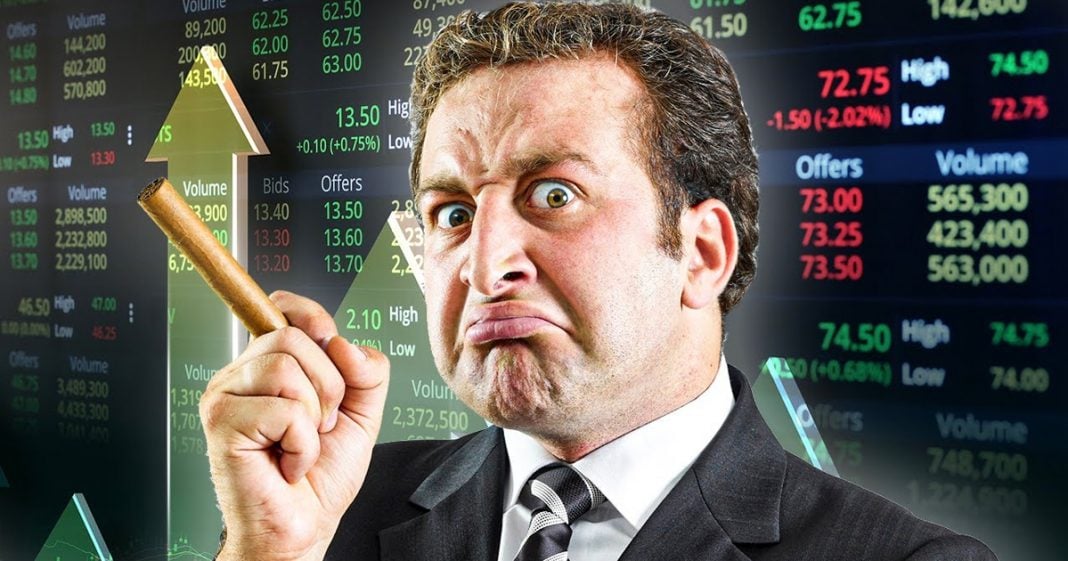 A new piece of bipartisan legislation in Congress would completely ban lawmakers from buying or selling stock while they are serving in office. This is common sense legislation that has broad bipartisan support, but it also makes you wonder why we haven’t done this in the past. This is the kind of thing that has been around for a very long time, and only recently did Congress decide that it was a problem. Ring of Fire’s Farron Cousins explains what’s happening.

A bipartisan piece of legislation, it’s working its way through Congress right now, that would ban members of Congress, the House and the Senate from selling stocks, selling and buying stocks during their time in office. Now this is not conditional. This is not well, you can only do it if you don’t have non-public information, because that rule already exists. It says basically you can’t engage in insider trading, which is something nobody’s allowed to do, but okay, sure. This bill says, no, you don’t get to do any of it. You don’t get to buy, you don’t get to sell. You don’t get to do anything and that’s the bottom line. Agree to it or get the hell out of Congress. Now I like this bill. I’m not gonna throw all my support behind it because I don’t think it goes far enough. I don’t think it should be that they just shouldn’t be allowed to buy or sell. I think they shouldn’t be allowed to own. I think 100%, absolutely, not put it in a blind trust, you can’t own it. You cannot own stock.

But Farron, what about their retirement funds? Oh, you mean the pensions that we, the taxpayers pay for the rest of these people’s lives to be in office? Yeah, they’re going to be fine. They’re going to be fine. So, no, I don’t care about that. They shouldn’t be allowed to own stocks period. End of story. They shouldn’t be allowed to have these financial investments of any kind. They shouldn’t be allowed to own companies. They shouldn’t be allowed to do any of this and the reason I’m bringing this up is because way back in the day, and I mean the early days of this country, serving in government was seen as a civic duty, almost like jury duty. Like, oh crap, I gotta go do this thing. I don’t get to make any money doing it, but I do it because I like the country. But then looking back at pretty much, you know, late 18 hundreds, early 19 hundreds, it got to the point where being in Congress started to pay pretty well. But rich people were the only ones who really could afford to campaign. They already had the name recognition. So it became a rich person’s game.

The poor farmers, if you will, from the early days of the country were no longer the ones representing us, representing people exactly like them, people with shared experiences, bringing to Congress knowledge of what was actually happening in the country. And we need to get back to that if we want to be able to save what’s left of this Democratic Republic here, but we can’t do that with nothing but rich people calling the shots. We can’t do that as long as people sit in Congress by day and then by night are making millions of dollars per year in whatever weird financial holdings they have that we don’t get to fully see. The system has to change. If we want the country to change, it has to start with the people representing us. So sure, this piece of legislation is a good start, but that’s all it is, is a start. We need to go further from here and we need to do it pretty darn quick.