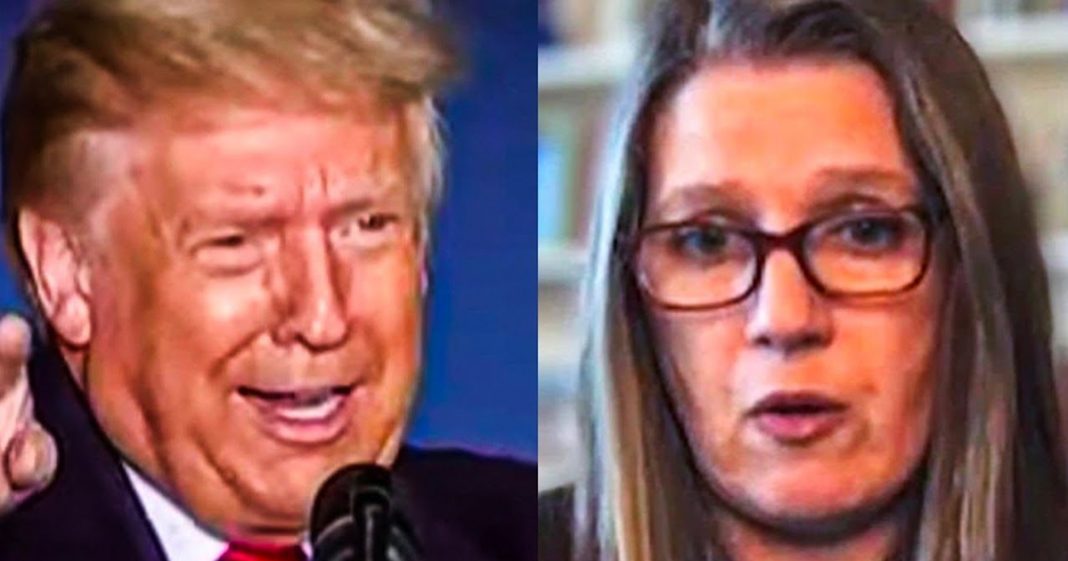 According to Mary Trump, the niece of former President Donald Trump, her uncle is going to “pretend” to run for President again because it was the best money-maker that he’s ever had. This is similar to recent claims made by Anthony Scaramucci, and there’s likely a lot of truth behind this. Trump knows that he likely stands no chance of winning an election, but that doesn’t mean he can’t make some serious money in the in-between time. Ring of Fire’s Farron Cousins discusses this.

Dr. Mary Trump, the niece of former president Donald Trump, said recently that she believes her uncle is going to pretend to run for president in 2024, because it is the biggest money making venture this guy has ever had in his entire life. And it may not have netted him the amounts that some of his other projects had, but it’s the easiest money, is the point. You make a lot of money very easily by fleecing the rubes. Now she didn’t say fleecing the rubes, but you know who did recently, Anthony Scaramucci, who came out just actually days before Mary Trump made these claims and he said something similar. That the reason Donald Trump would continue to act like he’s running for president is to fleece the rubes, get all of these hardcore cult-like supporters to keep forking over their money to him so that he can use it to enrich himself.

Now, obviously there are very strict campaign laws. You can’t just take money from individuals from a political campaign and give it to yourself. No, no, no. But if you were to, I don’t know, own businesses that could be used for campaign purposes, like, you know, a hotel or country club or other venues like that, then sure. You could absolutely pay the venue out of the campaign funds, which of course the money would then end up back in your pocket and we know that because that is what Donald Trump repeatedly did during his first presidential campaign, during his entire administration and during his second presidential campaign. The guy loves taking other people’s money and putting it back into his pocket somehow. Honestly, this is essentially legalized money laundering at this point. He knows he can’t give it directly to himself. So he launders it through his company, legally.

Um, because the Supreme Court won’t look into the emoluments clause thing and it goes right back into his pocket. That’s what’s happening here. And I do agree with both Mary Trump and Scaramucci here. I, I’ve been saying this by the way, since the week after the election, that this is what Trump was going to continue to do and there’s a very obvious reason why. It’s not just the, you know, moneymaking part, which is the big thing, but it’s because he can’t go out and get the love and admiration that he wants from these individuals without actually running a campaign. If he goes out there and tries to do a rally on his own, without running for office, he has to pay out of pocket for that. He has to pay up front costs. He has to pay everything, which means he would then have to pay or excuse me, have his supporters pay to come into said rally, which isn’t going to bode well for him, because you’d have to charge these people a lot of money just to pay for the venue.

And of course you’d probably upcharge them so you could put some in your pocket. You could maybe make a little bit of money off it, at first, but it’s not a, not a long-term strategy. But what is a long-term strategy is pretending to run for office for four years, eh, maybe three, if you want to duck out before the primary actually starts and the debates start. Run for office, use the money you raise to pay your companies, to pay your family as employees of it and everybody gets rich off it and then you call it off because, eh, you just don’t feel like doing it anymore. That is likely what we’re going to see from Donald Trump. He may try to carry it all the way, who knows, but the one thing we do know, and everybody seems to be in agreement, is that for the time being, Donald Trump isn’t going anywhere. So we’re still going to have to deal with this until at least the next election cycle starts. Hopefully that’ll be the end of it. But who knows what Republicans are capable of.