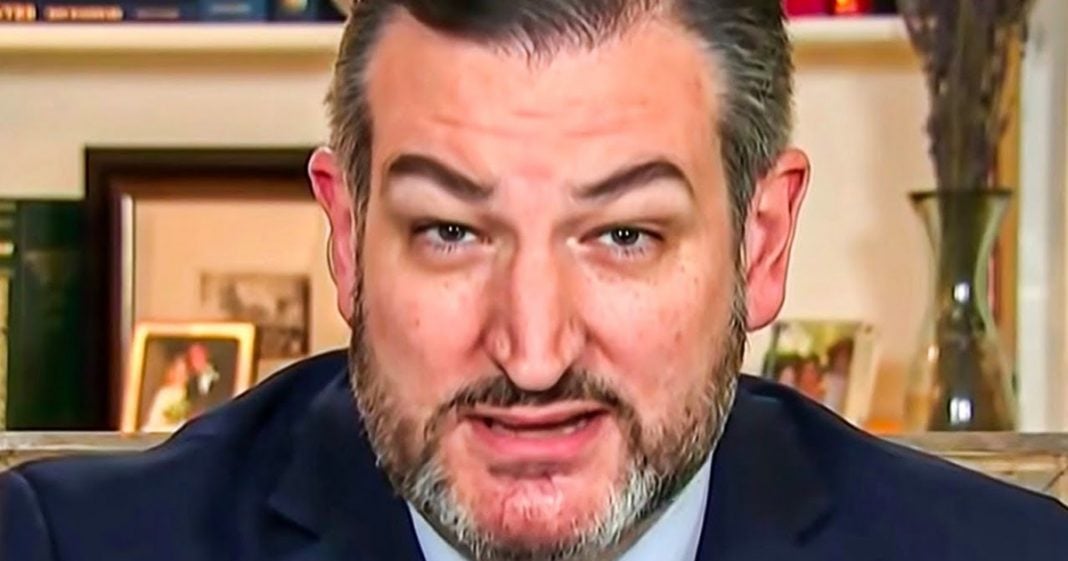 Republican Senator Ted Cruz says that the GOP is NOT the Party of the country clubs, but instead they are the Party of the working class. This is negated by the past 50 years of Republican policy, but Cruz understands that the Party is in desperate need of a new identity, and he wants to be the one to frame the future of the Party for his own ambitious purposes. Ring of Fire’s Farron Cousins explains what’s happening.

Last week Republican Senator Ted Cruz, after his CPAC speech went on Twitter and he said that the Republican party is not the party of country clubs, even though he had literally just spoken at an event that featured a guy that owns a country club, even had a gold statue of said country club owner, Donald Trump. But anyway, Ted Cruz un-ironically gets on Twitter, says we’re not the party of country clubs. We are in fact, the party of blue collar working class Americans. And as I’ve pointed out in the past, plenty of times, there’s no need to go into detail on that, that would ignore the last, at least 40 to 50 years of Republican policies of union busting of, you know, uncontrolled wealth gaps. They’ve done nothing for the American worker in over 40 years, other than bust up their unions and lie to them about giving tax cuts to the wealthy somehow helping them.

That’s what the Republican party does. But what Ted Cruz is doing here, or at least trying to, is he’s trying to seize on a moment because the Republican party has actually been given the envious opportunity of getting to rebrand themselves. Right now, they stand for nothing. There is nothing that the Republican party can actually hold and say, this is what we are other than of course, Donald Trump himself and that’s not the identity most of them want to roll with. You can’t just be a cult of personality. You also kind of got to have some issues to run on other than tax cuts, other than we’re not Democrats and Democrats are baby eaters, gun snatching baby eaters. It worked well for you for decades, but it’s kind of getting old. You know, it’s like you’re playing the greatest hits of the Republican party. Like, come out with something new, man.

Oh, Venezuela, ooh. Yeah, um, Biden, by the way, this past week is going to keep some sanctions in place to continue screwing over Venezuela. So really not a good example. But anyway, Cruz wants the American public to believe that somehow now, after four years of the man with a golden toilet, that the Republican party doesn’t stand for any of that. They don’t stand for the wealthy elite. They in fact do stand for the blue collar workers. This was actually a plan put in place weeks ago, which we discussed, from house majority leader, minority leader, excuse me, Kevin McCarthy. McCarthy had suggested that Republicans try to rebrand themselves as the party of the working class couple of weeks ago and Ted Cruz against seized that opportunity, decided to run with it publicly. Like, he’s going to be the guy, the, the guy whose wife is a, you know, big wig.

One of the major banks in the United States, the guy who dipped down to Cancun, because he didn’t want to deal with his constituents in a frozen Texas. Yeah, Ted Cruz really is not the best spokesperson you could come up with here, Republican party, but he is a political opportunist, opportunist, excuse me, he’s not an idiot. He understands how to play the game better than most and that is exactly what he’s doing here. But as I repeatedly say, if the Republicans want to rebrand themselves as the party of the working class, and they actually want to push policies to benefit the working class for really benefiting the working class, not just lying about it, like trickle down, I’m all for it. We need a party that actually represents the middle-class, but you’re not going to do it. You’re lying. What you’re going to do is you’re going to continue to pass tax cuts for the wealthy. You’re going to lie to the public, tell them it’s somehow going to benefit them and too many people are going to believe it. You will do nothing to help the middle class or the working class or any class other than the upper class, because that is the only identity that the Republican party has left.