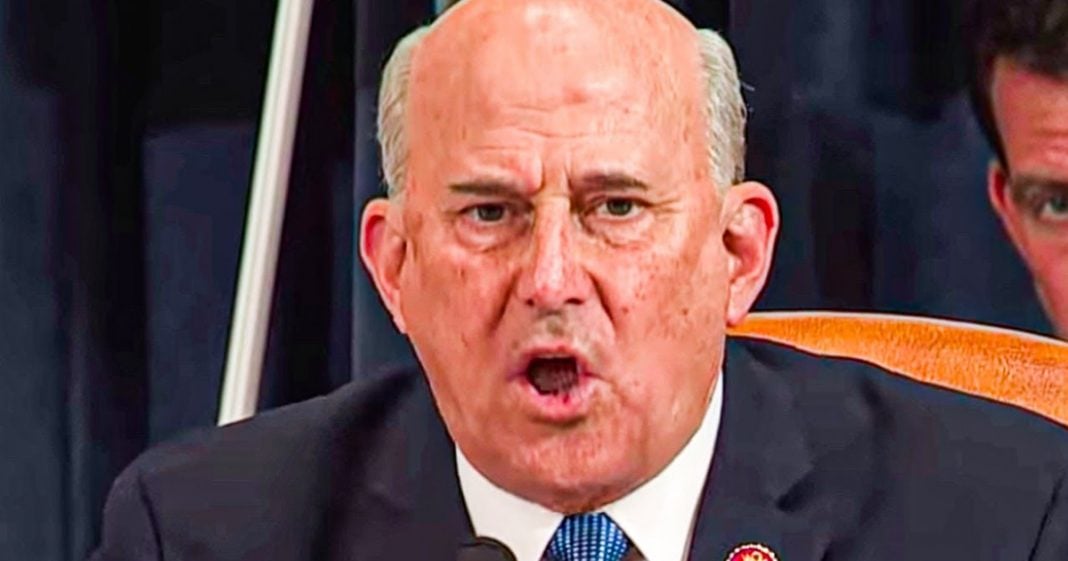 Three House Republicans – led by Louie Gohmert – are facing serious ethics problems after they apparently tried to change the vote of another Republican from Texas without his knowledge. The three Republicans allegedly tried to submit an altered voting card for the member in question, and they allegedly signed his name onto it and then gave it to the Tally Clerk and ran away. This isn’t allowed, even if the member told them to do it. Ring of Fire’s Farron Cousins explains what’s happening.

Three Republicans led by of course, Louie Gohmert in the House of Representatives, may have seriously violated ethics rules within the House after it appeared that they attempted to change a colleague’s vote on Wednesday evening. The vote was on the George floor, Floyd justice and policing act and the vote in question was from Texas Republican, Lance Gooden, and Gooden actually voted for the piece of legislation. Well, this off Louie Gohmert, Randy Weber and Kelly Armstrong, Armstrong by the way, from North Dakota, not even from Texas where Gooden, Gohmert and Weber are from. So Gohmert gets his little brain trust together, of Weber and Armstrong, and he says, let’s go change his vote. Now in order to vote, actually, you know what, I’m going to read this from Sarah Burris at Raw Story, she explains it beautifully. Here it is. When members vote, they have a card they can insert into voting stations and cast their vote.

If they want to change their vote, they can do so at any time. But if they want to change their vote in the last five minutes of the count, they have to go to the tally clerk and take a red card, sign it and hand it to the clerk. At no point did Gooden use the red card option, but three other Republicans attempted to, signing Gooden’s name to it. So Gohmert’s got his little brain trust. He’s got Weber, he’s got Armstrong, he’s like, hey, all right, we take the red card. We sign his name to it. And then you can actually see in the photographs, there is a link in the description of the video to the story on Raw Story, the tweets at the bottom have the photographs. You can see the guy running up to the tally clerk with the red card in his hand, drops it off.

And then the guy’s like looking at it like, this isn’t, this isn’t you. Because that’s the thing these idiots didn’t understand, even though they’ve been in the House for quite a long time, um, you can’t do that. If you want to submit your red card, you have to personally do it. So not only did they, according to this report, forge the red card to change the guy’s vote without him knowing. But then they didn’t think twice about the fact that even though the person who signs it has to send it in himself, maybe we can slip it past the tally clerk, the guy who’s here for every vote. Um, yeah, didn’t work. And the dude’s like, running up there full speed, like, here’s the card. Like not even trying to casually do it, like, hey man, what’s up? Yeah. All right. Oh cool. Oh, you got a card?

No, just like, I’ve got the red card, here. Yeah, Republicans are bad at crime. They love to do it. They absolutely love to do. They’re just really exceptionally bad at it as this particular story shows us. Louie Gohmert needs to be expelled from Congress. If it turns out these three members did in fact forge this man’s name and attempted to change his vote, all three of them should be expelled immediately. No questions asked. And then if we can throw some criminal charges on them too, because this is absolutely disgusting and unfortunately, pretty much exactly what we’ve come to expect from the Republican party.