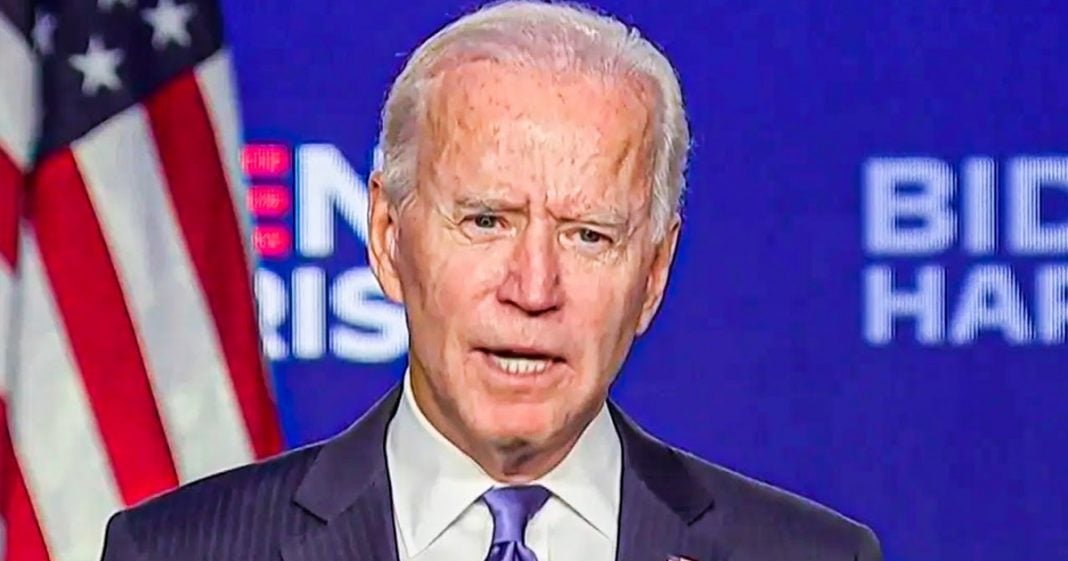 The Democratic Party is at the mercy of a pair of centrist Democrats, and they are allowing these individuals to call the shots regarding the COVID relief package. The package has now been tailored to the desires of these centrists, meaning that the phase out begins sooner, leaving millions of Americans out of the next round of relief. This gives Republicans the upper hand, allowing them to say that Trump gave more to Americans than the Democrats did – and that’s not a lie! Ring of Fire’s Farron Cousins discusses this.

Democrats in the Senate have decided that they like being the victims and they have allowed the centrist Democrats, people like Joe Manchin and Kyrsten Sinema to hold their entire party hostage. A hostage situation, that by the way, Joe Biden has been more than willing to negotiate away everything to the hostage takers. And now we have a COVID relief package in the Senate, Senate, excuse me, that phases out relief checks at a lower income level than the previous two rounds of stimulus checks, which means Democrats have now set themselves up for Republicans to go out there and tell the public, you got more stimulus money under Donald Trump and more people got stimulus money under Donald Trump than they did under the Democrats. So way to go idiots, you just lost the midterms and I am not, I’m not overstating that. That’s what the Democrats just did yesterday. They said we don’t want to be in charge anymore. We’re not smart enough to be in charge. We’re not mature enough to be in charge.

So we’re going to let these centrist, Joe Manchin and Kyrsten Sinema, make these outrageous demands that don’t please anybody. Like I want everyone watching this to understand, like, there is no reason for these concessions to happen. This COVID relief package has broad, overwhelming bipartisan support out there in the public. Majorities of everybody supported the relief package before Manchin and Sinema came in and lowered that threshold. Everybody already supported it. So there was no reason. There was no reason other than the cruelty of it. That’s it. That is literally the only thing. Joe Manchin is a piece of crap. Joe Manchin is a horrible, horrible human being and the Democratic party needs to kick his out yesterday. He is absolutely worthless scum to the party and they should no longer treat him as such. He should be stripped of his leadership positions in the Senate, and then unceremoniously told to get the hell out. That’s what needs to happen with Joe Manchin and it’s not just that the party needs to do that, it’s that every other person who calls themselves a Democrat in this country, needs to be calling for that as well.

Joe Manchin is a stain on the Democratic party. I would like to say the same about Kyrsten Sinema, but let’s be honest, she has time, and I think this is mostly, obviously Manchin’s doing here. But the Democrats just lost the midterms, definitely lost the Senate, possibly lost themselves the House, which means two years of lame duck Joe Biden, where nothing at all gets done. And we’re already going to have two years leading up to the midterms where nothing’s going to get done. So four years of complete inaction, and then what, something worse than Trump? Another corporatist Democrat who doesn’t get anything done for four years? Where does it end? We’re just in this endless repetitive cycle and I don’t know where it ends, but I do know that if we keep letting these centrist Republican Lite Democrats like Joe Manchin, hold the party hostage, then yeah, we will continue to repeat that horrific cycle that brings nothing but misery to America’s working class.