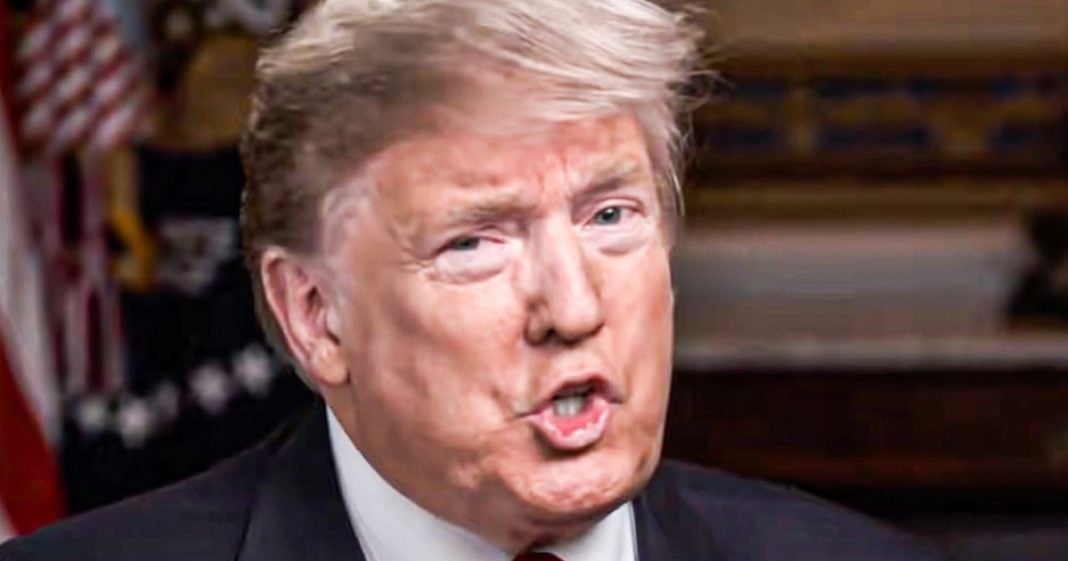 The chair of the National Republican Congressional Committee is not happy that Donald Trump is attacking his members, and he has warned the former President that he needs to back off his vendetta to take these lawmakers down. Trump shows absolutely no sign of slowing down, and this ominous warning from a little-known member of Congress isn’t likely to have any effect on him at all, as Ring of Fire’s Farron Cousins explains.

The chair of the National Republican Congressional Committee has issued a bit of a warning, albeit a very weak one to Donald Trump, telling him to please back off your attacks on the members of the Republican party who voted to impeach you, at least those in the House. That person by the way, is a man by the name of Tom Emmer from Minnesota, Republican from Minnesota, chair of the National Republican Congressional Committee and what he said in an interview to Politico is that he wants to make sure that we keep all of the members that we have. Right? We don’t want any of these people to go away. We don’t want, essentially, a lengthy primary fight that is going to bruise and bloody up any of our candidates to the point where they may lose then to the Democratic challenger. And I think he also understands that we don’t want a loony tune type character to take over and win the primary who will then just turn around and either lose to the Democrats or become so toxic if they win that they’re liable to cost us more seats in the future.

Now the last part that I just mentioned, he didn’t say that, but that’s what we all understand that they’re talking about now because the people that Donald Trump would support in primaries, you know, the kind of individual that he attracts, we’re not talking about a bunch of Mitt Romney’s here. We’re talking about people like Marjorie Taylor Greene, Lauren Boebert, Matt Gaetz and Jim Jordan and Louie Gohmert. Do we really want more of those people running around the halls of Congress, putting up their idiotic little hate-filled signs? You know, posing for, actually conducting interviews via zoom, looking like Osama bin Laden with the arsenal you got behind you. Is that really what we want more of in Congress? And the answer is no and the answer, by the way, for Republicans is no, they don’t want that either.

They understand how toxic these things are for the party as a whole. They understand that any false move, not false move, any wrong move, excuse me, like that is going to end up coming back to bite them. It is going to get them ridiculed, mocked and possibly even cost them elections depending on how big these little gaffes grow. Marjorie Taylor Greene is a good example. Boebert is also a good example. And that’s why he’s issuing this warning saying to Trump, listen, I know you don’t like these people. I know they voted to impeach you, but it’s the best we got and we’re concerned that, you know, if you try to put somebody else in these seats, you’re going to end up with somebody so bad, the Democrats are going to end up winning.