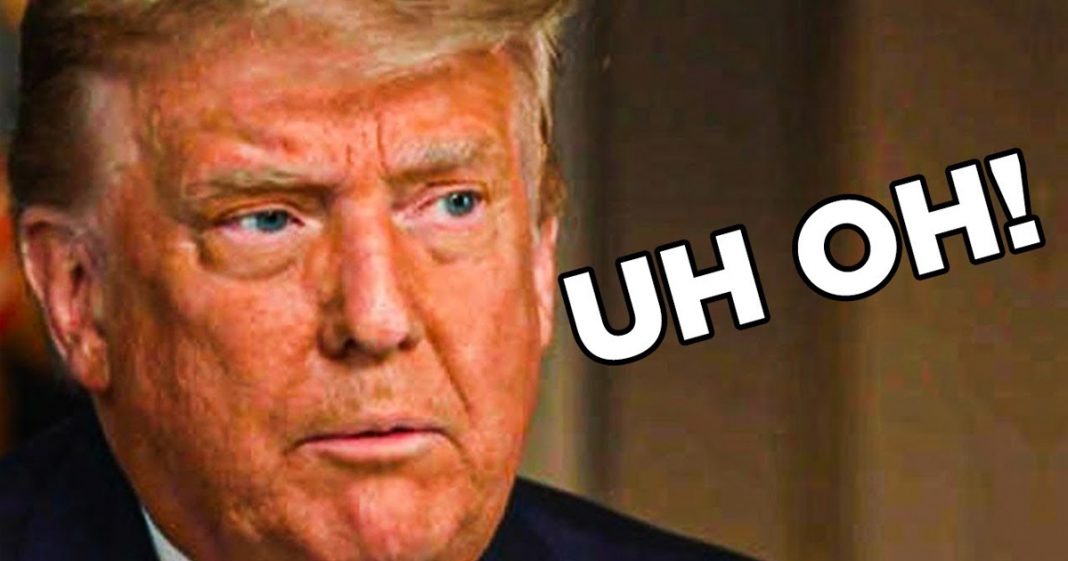 Democrats in the House of Representatives are seizing on the opportunity created by the Supreme Court’s recent ruling on Trump’s financial records and they are re-submitting the subpoenas that they had previously issued for the former President’s records. This move is unlikely to yield any criminal charges, even if they get the records, but it is still a necessary step to expose the corruption of the former President, and to also bolster the case in New York. Ring of Fire’s Farron Cousins explains what’s happening.

The House Oversight Committee, actually a couple of weeks ago, reissued a subpoena to get their hands on Donald Trump’s financial records from his accounting firm, Mazars. They did this on February 25th, and then this week, in a court filing, they explained that they reissued the subpoenas that had obviously been issued during the last congressional session. But Donald Trump successfully delayed that to the point where when Congress, the new Congress came in in early January, all of those old subpoenas from the old Congress disappear. So February 25th, they reissue the subpoena. This week they go to court, explain why they’re doing this, and according to these Democrats, they say that they need these financial documents because they want to work on legislation that’s obviously going to prevent future conflicts of interest for future presidents.

I don’t disagree with that. I think that’s obviously something we desperately need, but I don’t know that Democrats are being super honest here. I think they want their hands on those financial documents because they’re still off and I think they want to try to even the score. But I’m also going to say this, usually I’m against these things done just out of spite, but you know what, I, I do support this. Whatever the reasoning for it, even if it is just pure spite, like we hate the guy and we want to get his documents so we can embarrass him, do it. Like I don’t even care at this point. I really don’t even care at this point because we already know that the Democrats are caving on the COVID relief. They’re caving on the $15 an hour minimum wage. They’re not going to do anything that we actually need to make our lives better.

So screw it. Why not, right? Why not just go ahead and, you know, do things out of spite and at least have some fun for the next two years before you all lose your seats. I think what they could do actually might end up being helpful. I don’t know that they’re doing it for spite. I kind of hope a little bit of it is, but, but I do think what they can do is they can actually help to put together material that may come in handy for the investigation up in New York. Just as I’ve said with the lawsuits against Donald Trump for inciting the, the insurrection, the civil suits against him, there’s going to be congressional hearings about that and those are going to help bolster those lawsuits. Much like if the Democrats in the House Oversight Committee get their hands on Trump’s records, they’re going to put together a report that could come in useful to the prosecutors and investigators up in New York state.

So that to me is probably the biggest benefit of any of this. But at the same time, we may have trials already happening with the cases up in New York before Congress even puts together a final report. So who knows what this is going to do? The timing, yes, is a little weird. Obviously the House is not going to be able to punish Donald Trump if they find these conflicts of interest. So I do think a large part of this is out of spite because they want to embarrass him. They want to release support, reports saying here’s all of his conflicts of interest and, oh, we found some Russia in there too. Guarantee you that’s probably what they’re after, but at the same time, I don’t even care at this point. I do think what they put together could come in helpful, could be helpful, excuse me, for that investigation up in New York. So I think that’s the best we can hope for at this point.