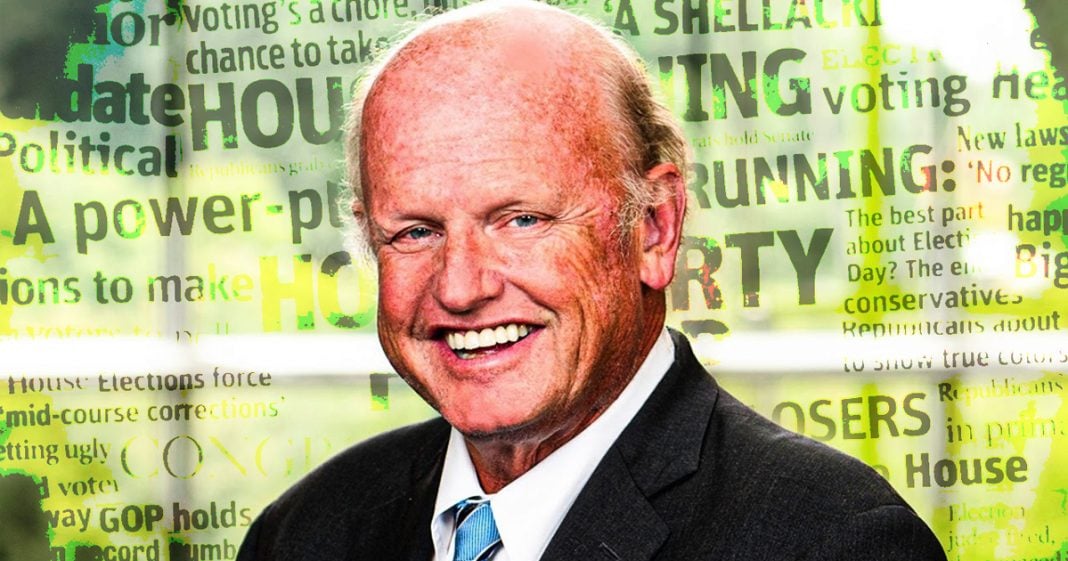 Yesterday, a Republican lawyer from the Federalist Society representing the RNC, the Republican National Committee, appeared in front of the United States Supreme Court to defend a law in Arizona that helps to suppress the vote. Now that’s not shocking. Obviously Republicans love voter suppression because it’s the only way they can win. And how do we know it’s the only way they can win? Because that’s literally the argument this idiot lawyer Michael Carvin made in front of the US Supreme Court. He gave away the game in front of the Supreme Court and would have given away more, apparently, had justice Amy Coney Barrett not cut him off and made him stop talking because he was giving away the entire Republican game plan. Coney Barrett asked him the question, she said, what’s the interest of the Arizona RNC here in keeping say the out of precinct ballot disqualification rules on the books? Because that’s what this whole case centers around.

You know, if voters in Arizona cast a ballot in the wrong precinct, that ballot is automatically thrown out, gone, shredded, destroyed. That person believes that they voted, but in fact they did not. So in response to that, judge Michael Carvin, or excuse me, lawyer Michael Carvin says, because it puts us at a competitive disadvantage relative to Democrats. Politics is a zero sum game. It’s the difference between winning an, winning an election 50 to 49 and, uh, then she cut him off. Then she cut him off. So he gets right into his thing and answers the question like, okay, well, if you want to know, it’s really the only way we can win. Like, you know, if the elections like 50 to 49, what? Okay. I’m done? Oh, okay. I’m done. I’m done. Totally done, Michael Carvin has to say because yeah, that moron was sitting there telling the truth. I mean, let’s be honest. I’m calling him a moron because he was telling the truth and I shouldn’t have to do that. But what he just did in front of the United States Supreme Court, and by the way, yeah, like this is going to be in the summaries of this case.

If this case is, is significant enough to make it into the books that they use to teach future lawyers like his argument’s going to be there. This is now a thing. This is now as we would like to say on the record of an actual lawyer telling the actual Supreme Court that we have to defend these voter suppression laws, because without it Republicans can’t win. Rand Paul admitted that within recent months, Donald Trump admitted that within the past year, other Republicans here and there have also said similar things, this is not a secret. This is why it happens. Right now there are 253, I believe, laws across the country pending at the state level in 33 different States that would severely limit the abilities of voters. In other words, 253 pending pieces of state level legislation aimed at suppressing the vote and every single one of these 250 some odd pieces of legislation has the same goal, to prevent Democrats from going to the polls, so that Republicans have a better chance of winning.

And we know that because these idiots over in the Republican party are so clownishly stupid that they keep admitting this publicly. I don’t know how many more times they need to say it out loud before we finally start to understand the fact that people in this country don’t want Republicans in power. The only reason we have them in power is because of things like gerrymandering and voter suppression, that’s It. If we got rid of those two things, the Republican party would be dead, dead, which would unfortunately then leave us with a one party system, which probably wouldn’t be very good for anyone either. But the Republican ideology is hugely unpopular and the only reason it’s even allowed to survive is because Republicans have been rigging the game for decades.