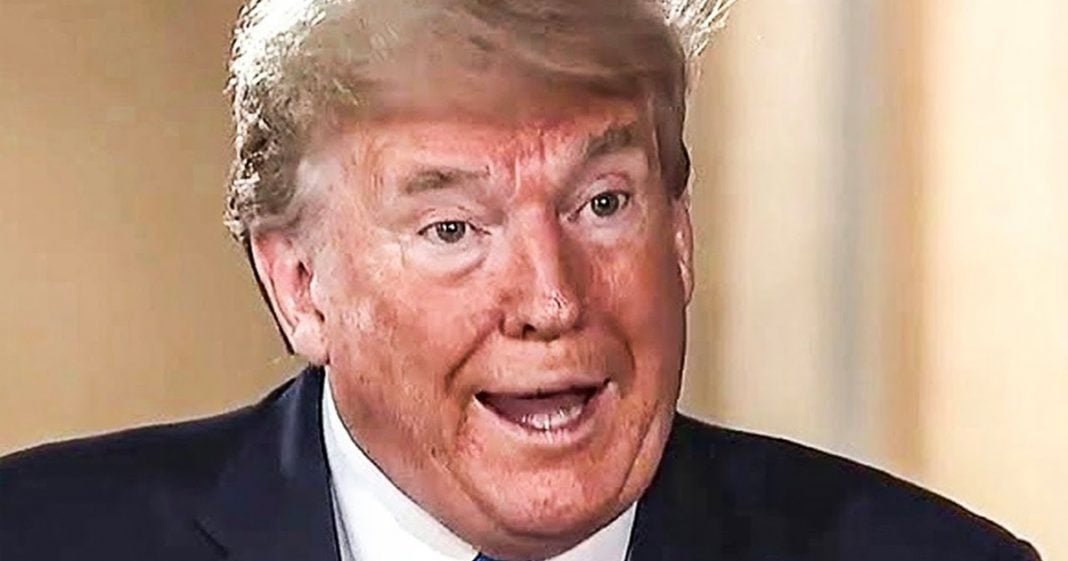 Donald Trump is calling for primary challengers to oust any Republican who dared to vote for his impeachment as he attempts to solidify his control over the Republican Party. This means that we will know next year how much power he actually has. If the primary challengers rise to the occasion, Trump wins. If not, he will be consigned to the ash bin of history. Ring of Fire’s Farron Cousins explains what’s happening.

During Donald Trump’s CPAC speech on Sunday, he called out by name all 17 members of both the House and the Senate who voted to impeach or convict him depending on which house they were in. He then concluded by listing, obviously Liz Cheney and suggesting that the party should oust her in 2022, which got me thinking, obviously, this was something we all expected to hear from Donald Trump’s speech. But how much power does the guy have? Sure, he won the CPAC straw poll 55%, which as has been pointed out by others is actually kind of low. You may have won, but even amongst your most ardent hardcore supporters, you only got 55%, dude. That’s not good, by the way. Um, so anyway, how much power does Trump truly have over the Republican party? We know we have plenty of members of both the House and the Senate who are willing to fall on their own sword in order to protect Donald Trump from whatever comes his way, even though he’s a loser, you know, didn’t win re-election, cost Republicans the House and the Senate over the last few years, the guy is a political loser, never won the popular vote.

Why are they, you know, so enamored with him? Why do they think he has all this power? And the answer is that Donald Trump only has as much power as the Republicans imagine he has, because that’s what it is. This is all imaginary power that Donald Trump holds, at least for now. Next year, since Donald Trump is calling for primary challengers for people like Liz Cheney, Adam Kinzinger and so many others, next year we’re going to know how much influence and power Donald Trump really has with today’s Republican party. If he does in fact find primary challengers, that’s a show of power. If these primary challengers beat the incumbent in the primary, that’s another show of power. And then of course, you’ve got to win actually the election and get to the House of Representatives or the Senate, the ultimate display of power. Any hiccup anywhere along that chain and Trump’s power evaporates, it’s gone.

And he gets relegated to the ashbin of history where he already belongs, but that’s, what’s so wonderful about this. He is going to keep going out there, you know, like some kind of a weird rooster crowing at the top of his lungs. He’s back, baby. Donald Trump is no longer in hiding down there at Mar-a-Lago. The impeachments over. He went to CPAC, people got to see him do his ridiculous speech again, the guy is back. He is putting himself back out there. He is putting himself out there as the face of the Republican party and that’s probably not going to end well for the Republicans. Didn’t end well for you in 2020, did it? Didn’t end well for you in the Georgia special election or the runoff, excuse me. So you do that at your own risk, but he is going to keep doing this and he’s going to do it more and more over the next, probably 18 months.

And at the conclusion of that, we will see how much power this man truly has. That is a big test. It’s a test that I do not think Donald Trump is prepared for because if primarying individuals and getting them out of office, replacing them with your handpicked people was so easy, the parties would have been doing that from day one. Incumbents have a heck of a lot more power than we think. They have the name recognition. That’s why it is very rare on either side of the aisle for the incumbent to get beaten in a primary. But if Trump is as powerful as he thinks he is, if he’s as powerful as Republicans pretend he is, then he should have no problem flexing that power in the 2022 midterms. And we will know, again, probably in about 18 months, if that power is real or if it’s just imaginary.