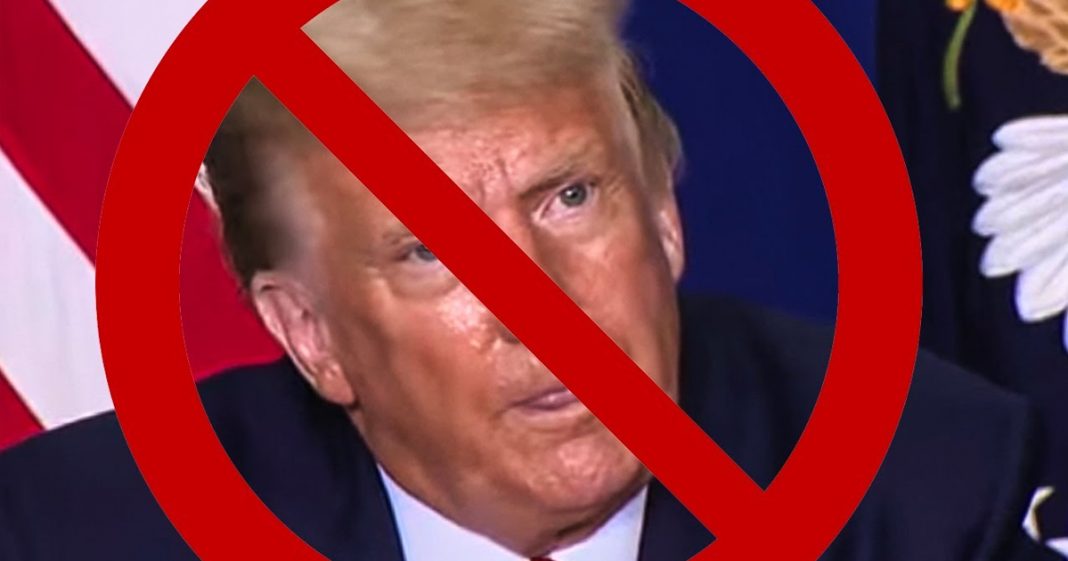 Republicans love to claim that there is absolutely no civil war taking place within their party, but the actions that certain members are having to take in order to save their own careers says otherwise. A group of anti-Trump lawmakers, led by Republican Representative Adam Kinzinger, have now launched a Super PAC to raise money for themselves and others in order to avoid tough primary challenges that Trump is promoting. Ring of Fire’s Farron Cousins explains what’s happening.

Allies of anti-Trump Republicans in the House and Senate have launched a new super PAC called Americans Keeping Country First that aims to raise money, to help protect the seats of these incumbent anti-Trump Republicans, who let’s be honest, they’re not completely anti-Trump. They just voted for the impeachment. But nevertheless, they understand, as we’ve talked about, that Donald Trump wants these people to be primaried. So their allies within the Republican party are forming this super PAC to raise money for them to help fight off any challenges that may arise. Now here’s my issue with this. One, I absolutely would love it if Donald Trump’s handpicked primary challengers all fall flat on their face, that would prove that this guy has no power to speak of in the Republican party. But does that actually change anything? I mean, really think about it, folks. That, that’s what I want you to do right now.

Thank you about it. We’re talking about people like Liz Cheney. Are we really going to pretend that Liz Cheney is some kind of moderate Republican? That she’s going to go to DC and, you know, work with Democrats or stay in DC and work with Democrats? Hell, she’s in DC right now and yesterday she couldn’t even vote for the COVID relief bill. Couldn’t do it. So does it matter? Honestly, at this point, these people keeping their seats, the only reason for wanting that, is to send a giant middle finger to Donald Trump, beyond that these are horrible people who do horrible things with their power, and we should not want them to stay in there. What we should do, what the Democrats ought to be doing is finding their own good quality candidates to run up against these individuals, whether it’s, you know, Trump’s primary challenger or the incumbent. Go to these areas, find individuals.

And I know it’s hard because some of these areas are heavily gerrymandered or they’re just straight up hard right, deep red districts. But that doesn’t mean that you can’t get through to some of these individuals. That doesn’t mean that you can’t put a dent in the Republican numbers in the House of Representatives if you put up the right candidate. Georgia is a great example of that. Sure, both candidates fighting huge corruption allegations, but they still lost. It is possible. I mean, nothing in politics is impossible. They’re only limited by their own imaginations at this point. Kind of like the Fight For 15, like, oh no, the Senate parliamentarian says we can’t do it. Okay. But yeah, there’s plenty of ways to get around that. You’re just limiting yourself because you don’t want to do it and things like that, by the way, Democrats, that’s going to cost you dearly in the midterms.

Democrats right now do stand very good chance of losing the House of Representatives in 2022, not just due to their inaction on issues that would actually help Americans, but also historically that’s what happens. So they’re fighting against a lot and they’re going to be fighting against some well-funded Republican incumbents, but I don’t think those are fights that they should give up to protect their own incumbents. Maybe it’s time we make some trades, you know, let an incumbent Democrat lose their seat to a Republican, but take a Republican seat away from them in the process, turn some areas blue that previously weren’t, see what we can do with that. It’s time. It’s worth it. Let’s get to that point because Trump’s going to be pushing these other people, the primary challengers. You’ve got this new super PAC pushing the anti-Trump Republicans who still believe all the horrible stuff he does, they’re just not as toxic. So where are the Democrats? Who are you putting up in these districts to show both factions of the Republican party that there’s a better option? That’s what you need to be working on and you need to start today.