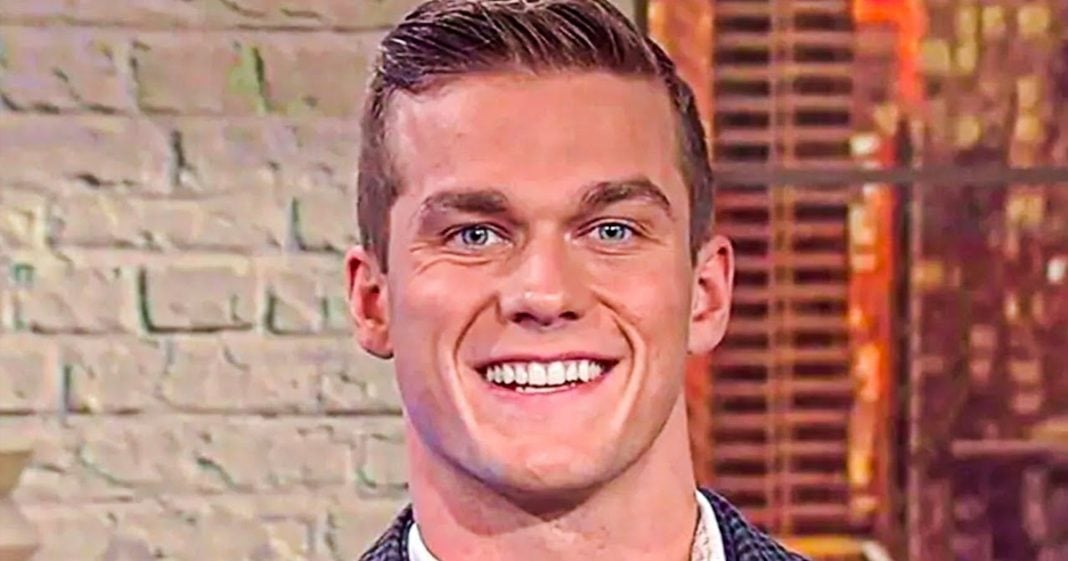 Freshman Republican Representative Madison Cawthorn has been in the headlines recently, but a former close friend of his now says there’s something else we need to start questioning: Cawthorn’s claims about the accident that left him partially paralyzed. The friend in question was the driver of the car when the accident happened, and he now says that Cawthorn has been lying for years about what actually happened. Ring of Fire’s Farron Cousins discusses this.

Freshman Republican representative Madison Cawthorn, has been in the news a lot recently as a lot of the people that went to college with him have now accused him of what they’re calling quote, sexually predatory behavior. But a former very close friend of his says that there’s another reason Cawthorn needs to be in the news and people need to be talking about him and according to the friend, a man by the name of Bradley Ledford, it’s because Cawthorn has been lying for years and years now about the accident that left him partially paralyzed and Bradley would know because he was the driver of the car that Cawthorn was in when the accident happened. According to Bradley, well actually, before we even get to that, according to Cawthorn the story that he has told again, for many years, the wreck happened in 2014. He started telling this story in 2017, according to the Washington Post, that his friend left him for dead.

His friend Bradley Ledford, abandoned the vehicle and left Madison Cawthorn to die, but Cawthorn fought through it. The Post also says Cawthorn claimed that he was declared dead after the wreck. He was not. The police report noted he was incapacitated. Cawthorn said he was preparing before the crash to start studies at the US Naval Academy, a boast that he eventually turned into a campaign ad. But the news outlet, AVO watchdog reported in August that Cawthorn had actually been rejected by the Naval Academy before or the crash. So those are the claims that Cawthorn has made that again, the Post was able to debunk some, but then Ledford came out and said, listen, I didn’t abandon him after the crash. I’m the one who pulled him from the vehicle. I didn’t leave him for dead, as he claims that I did. And this is a very serious issue here, folks.

Madison Cawthorn had every reason to lie about what happened if in fact he did lie. I’m not saying he did or he didn’t. I’m examining the claims here. Bradley Ledford has absolutely no reason to come forward whatsoever. Like he has nothing to gain from any of this by saying that Cawthorn is lying. He gets a couple headlines. People forget his name in a week. Right? But Cawthorn on the other hand, if he tells a story, if he spins a yarn about a young man in a vehicle crash that left him partially paralyzed, forced to use a wheelchair. He was left for dead, but he fought back. I was declared dead, but I came back from it because I persevered because I’m strong. I, I may not have a career in the Naval Academy like I had wanted, but gosh, darn it, I’m, I’m still here and I’m still a fighter.

That’s an inspirational story. That’s a story that’ll win you a campaign, because he did in fact, as I mentioned, use that Naval Academy claim in his ads. It’s a brilliant story, but all the available facts say that it’s not true. And this was unnecessary on the part of Cawthorn, right? I don’t think there’s anybody across the political spectrum that wouldn’t immediately have sympathy for this man’s story, had he told it the way everybody else says it happened. It doesn’t matter who you are, or what you do, nobody wants to go through that. Nobody wants to see people go through that. It is a very sad and tragic event that happened to him, but he had to make himself some kind of a hero from it and he used it for his campaigns because even if his friend who’s come forward is not telling the truth, according to the Post, plenty of the other claims he’s made are completely false. This guy built himself up into something that he is clearly not and Republicans had rewarded to him for it by electing him to Congress. But now, as I mentioned at the beginning, this guy’s facing all kinds of claims about his years in college, because as always the chickens eventually come home to roost.