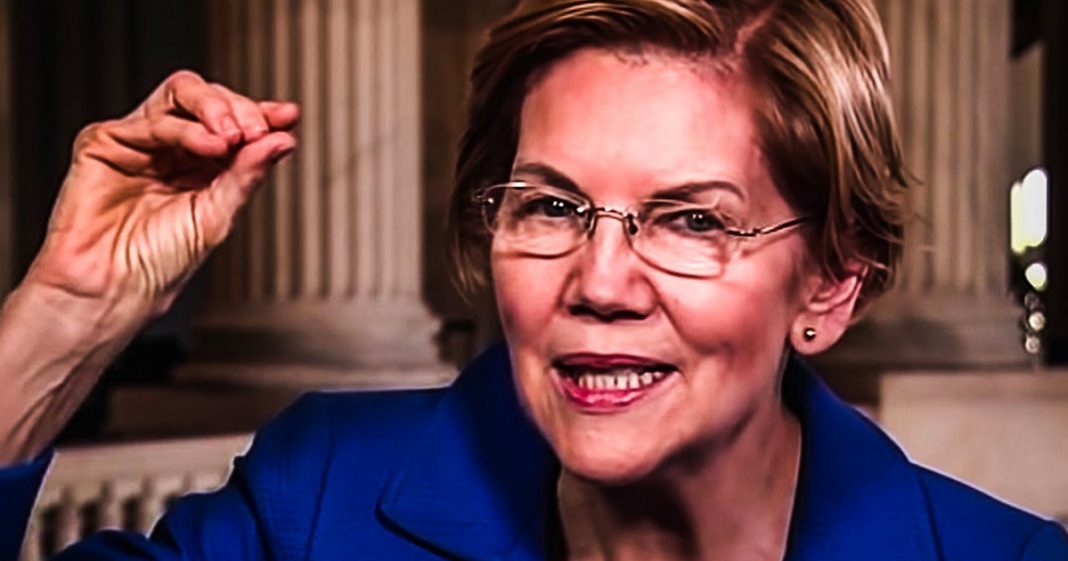 Senator Elizabeth Warren has unveiled a bill that would tax the net worth of Americans’ above $50 million at 2%. This is a relatively small amount, but it is sure to send shivers down the spines of the ultra-wealthy in the United States. The bigger problem is that Americans have been conditioned for years to believe that any tax increase is bad, a testament to how effective Republican talking points can be. Ring of Fire’s Farron Cousins discusses Warren’s bill and why we need it.

Democratic Senator Elizabeth Warren has unleashed her bill to tax the obscene wealth of the ultra wealthy here in the United States. It would tax their net worth above $50 million at 2%, 2%, right? Not that big of a deal. But I can guarantee you that America’s wealthy elite are collectively, um, soiling themselves at the thought of having to pay 2% additional taxes on their net worth above $50 million and net worth is the key here, right? This is not income. This is not what you make in any given year. This is what you have as a human being. If it’s over $50 million, 2% to the federal government and of course she says, we’re doing this now because obviously we’re at a time when the government has to spend a lot of money to help American citizens. So this is the perfect time to go ahead and introduce this piece of legislation.

And, by the way, she’s right about that. Her legislation here is broadly popular. Majority of Americans do support this wealth tax. The problem is we have been conditioned as Americans, thanks to Republican talking points, to think that any kind of tax increase is somehow bad. That’s what Republicans have spent decades harping on for the American public. If taxes get raised on any individual, you can bet that tax increase is eventually gonna work its way down to you and that is not what this legislation does by any stretch. But Republicans will frame this as Democrats are raising taxes. So what does 2% mean? Well, let’s say everything over $50 million. So let’s say you have $150 million in assets. You know, your money, your cars, your houses, your yachts, whatever it is, $150 million, you would pay an additional $2 million per year under Elizabeth Warren’s plan. That’s it. An extra $2 million per year for your $150 million worth of stuff. I’d say that’s pretty fair. I’d say that’s fairly modest.

I think we could go higher, but obviously Elizabeth Warren does want to get this passed. She doesn’t want it to be too extreme and at a time when the federal government continues to tell us that, no, I’m sorry, we can’t afford to help average American citizens. This is the perfect time. This is the best opportunity. And I do believe that that is why she is unveiling this now, not just because, you know, the, the Senate numbers and she could potentially pass this. I don’t think you’re going to get it past Manchin and Sinema, but because of the fact that we are being routinely told week after week, that the government simply doesn’t have the money to help us. Republicans are being told that. Democrats are being told that. Everybody’s being told that. So this is a perfect time for Elizabeth Warren to come out and say, hey, I think I know where we can get the money to help you. It just means that we’re going to have to take the super rich and make them pay slightly more in taxes every year and if you can’t get behind that, then you’ve either been brainwashed by Republicans or you’re one of those people with over $50 million in net worth. Either way, I have no sympathy for you.