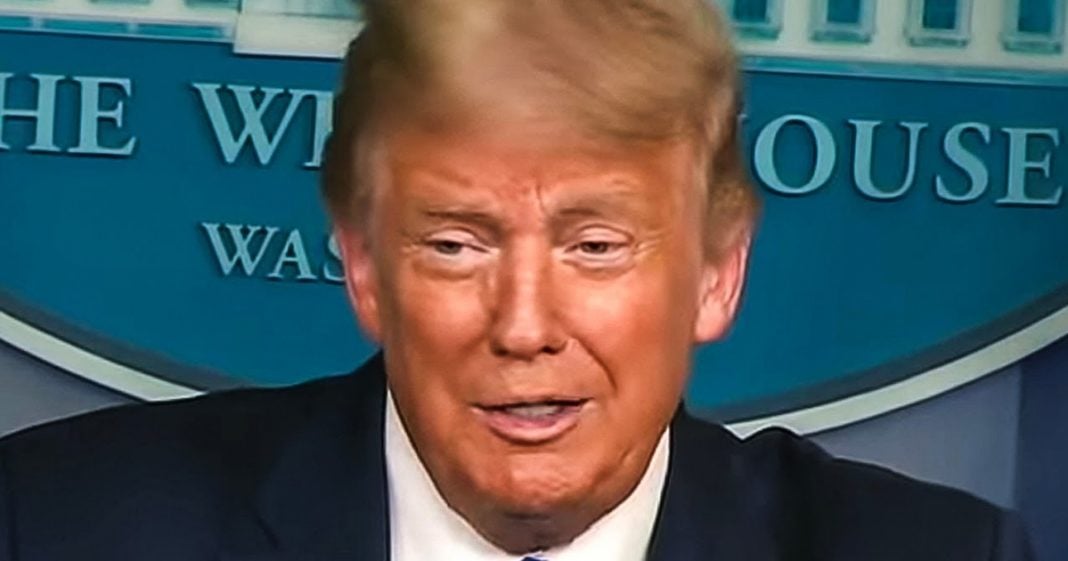 A shocking new survey has revealed that the average Republican voter might actually be just as, if not more, delusional as Donald Trump. Almost two-thirds of Republicans say that the 2020 election was invalid due to things like fraud and other shenanigans, even though there isn’t a shred of evidence to back up any of these claims. These people might be too far gone to actually bring back to reality, as Ring of Fire’s Farron Cousins explains.

According to a new and very confusing and slightly stupid, uh, not the pollsters, but the people themselves poll from the R street Institute came out late this week, showing that two thirds, actually 67% of Republican voters in This country view November’s election as quote, invalid for one reason or another, maybe it’s all of the fraud that we know didn’t actually happen, but whatever it is, 67% of members of the Republican party within a three point margin of error. So this poll is fairly reliable, uh, say, Nope, it was invalid, but 50% of Republicans still say they do believe that their votes were counted fairly. That’s why I say it’s a little confusing and stupid because two thirds of you say, no, it’s invalid. It was all horrible and rigged and fraud and all this stupid stuff. And then 50% of you are still like, no, my ballot counted. Yeah. I mean, it was all fair.

We, This is the dumbest political party on the planet. Absolutely. And I’m not just talking about the politicians at this point. I don’t care. Republicans are stupid. And this poll is showing you that I think that’s what everybody missed and talking about this, look how stupid they are. They literally contradict themselves from question a to question B, how are we supposed to reason with these individuals? How are we supposed to get through to them? How are we expected to work with them when they literally don’t even know where they are, where they stand, what they believe or what in the hell is going on? In reality, the answer is you can’t, you cannot work with these people. You cannot reason with these people. They’re not rational thinking human beings, They’re cult members, and they should be treated as such. They should be ostracized until They get the mental help needed to be deprogrammed from the cult. That’s what needs to happen to these individuals.

But until that actually Happens until we get them, the help that they need, have the resources to get them the help that they need, or until they come to these realizations themselves. I don’t think there’s anything we can Do. We certainly shouldn’t Try to sit there and argue with them and you know, debate them. Ooh, debate. I hate that whole debate. Me culture thing. It’s so stupid and gimmicky y’all need to cut that crap Out. It doesn’t do Anything constructive. It may make you feel better. Like you go home, like who, who I owned that guy, but nobody actually cares. You’re not changing people’s minds when you do that. So what’s the point other than to waste your time. I am a firm believer in let’s not people’s time on stupid stuff.

Kinda like the Democrats In DC continue to waste their time. Trying to reach out to Republicans, trying to play nice than trying to have this bipartisanship stop. It. It’s stupid. And you look like an idiot. You’re not going to change Their minds. We have seen The poll numbers. We have seen what they put on social media. We have seen the signs that they carry. We have seen the signs that they put up in their yards and outside their offices this week. These are not individuals that can be reached. These are not individuals that want to play nice. These aren’t people who are serious about moving the country forward, Leave them behind. That’s where they belong. Now We want to catch up to the rest of us. If they want to get the help that they need to start seeing The reality than welcome aboard. But if not get out Out of the way. So we can finally get back to making this country workable For average Americans again.