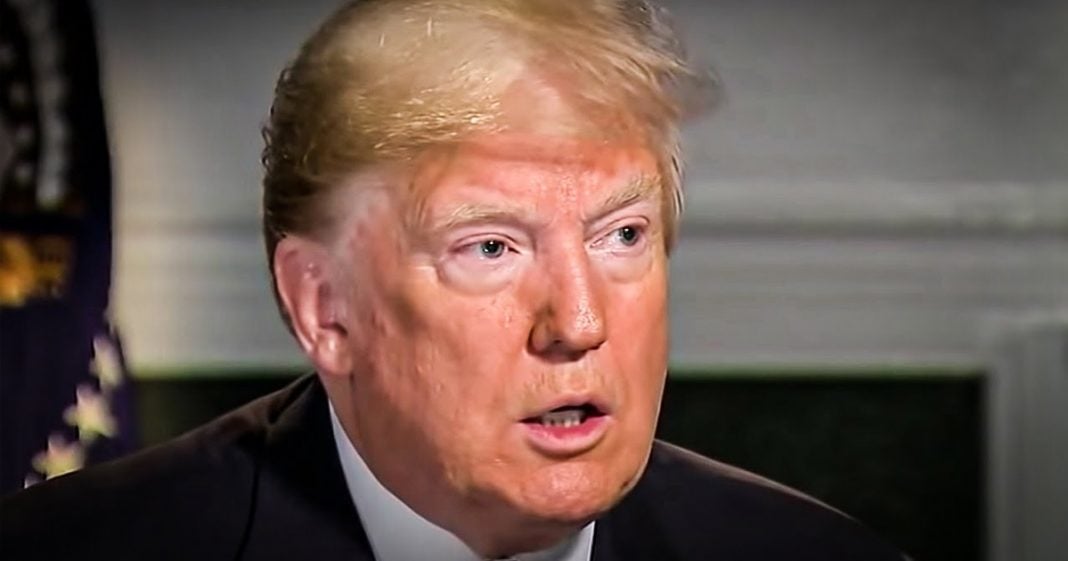 A federal judge in Kansas dismissed a motion by one of the Capitol insurrectionists this week that sought to shift the blame from the defendant and onto former President Donald Trump. The judge made the right call here, as too many of these individuals are trying to pawn their bad behavior off on the former president. Trump definitely shares plenty of the blame, but that is no excuse for what these people did. Ring of Fire’s Farron Cousins discusses this.

A member of the proud boys who, uh, is going through the early stages of his upcoming trial, uh, for joining in the insurrection of the Capitol on January 6th, uh, tried to argue his lawyers tried to argue in front of a federal judge this week that, uh, he really wasn’t acting on his own. He was just doing these things because Trump told him to, uh, claim that the judge immediately just dismissed, brushed it off and said, yeah, that’s not gonna fly in my courtroom. And that honestly was the best thing that the judge could have done. I warned about this if you were.

Remember you go back a couple of weeks, I warned about this with the impeachment. Not that I didn’t support it, I did support the impeachment, but I said, watch, you’re going to see these insurrectionists, use the Democrats talking points in their own trials to try to deflect blame from themselves over to Donald Trump and say, well, I can’t be guilty. He made me crazy enough to go and do this. And then sure enough, we are seeing them March themselves into court and say, ah, I didn’t really mean to do a judge. It’s just the president of the United States gave me a direct order. I kind of have to listen to them, right?

This particular individual this week. Um, William Cressman. Um, I had to read some of this stuff. According to the court filing Cressman was caught on video several times during the event. And while outside the Capitol complex, he encouraged crowds to quote, take your house back in apparent reference to the Capitol. Prosecutors say, footage also shows him shouting at police officers. You shoot, and I’ll take your effing out. He appeared to be wielding an ax handle or club in the footage. The filing said at one point inside the Capitol, he used it in an attempt to prevent police from closing metal barriers to seal off parts of the building.

Only doing that because Trump told him to write no that’s an idiotic defense. And honestly his lawyers should be ashamed of themselves for even walking into that court or hopping onto the zoom call. I don’t know if it was in person or digital and even trying to make that argument. There is video footage. This man is going to jail. And honestly, I do think that’s why the, the, uh, lawyers tried to go that route because they know they’re not getting this guy off. You know, there is video footage you can hear and see him in the video footage saying and doing these things, uh, very clearly based on that footage, guilty as hell.

Um, so what the lawyers are doing by making this idiotic argument is they’re trying to get the sentence a little bit reduced, trying to get a little bit of leniency saying, listen, dude, wasn’t in his right mind. Because earlier in the day, the president of the States told them to go and do this. And the judge is like, yeah, no. So that’s not going to bode well for Cressman sentencing, nor should it, none of these individuals should be able to use Donald Trump’s words to them as an excuse. Does Trump share plenty of the blame? Absolutely he does. But does that mean any of these individuals should get off lightly for what they did? Hell no, they did it. They have to face the punishment.