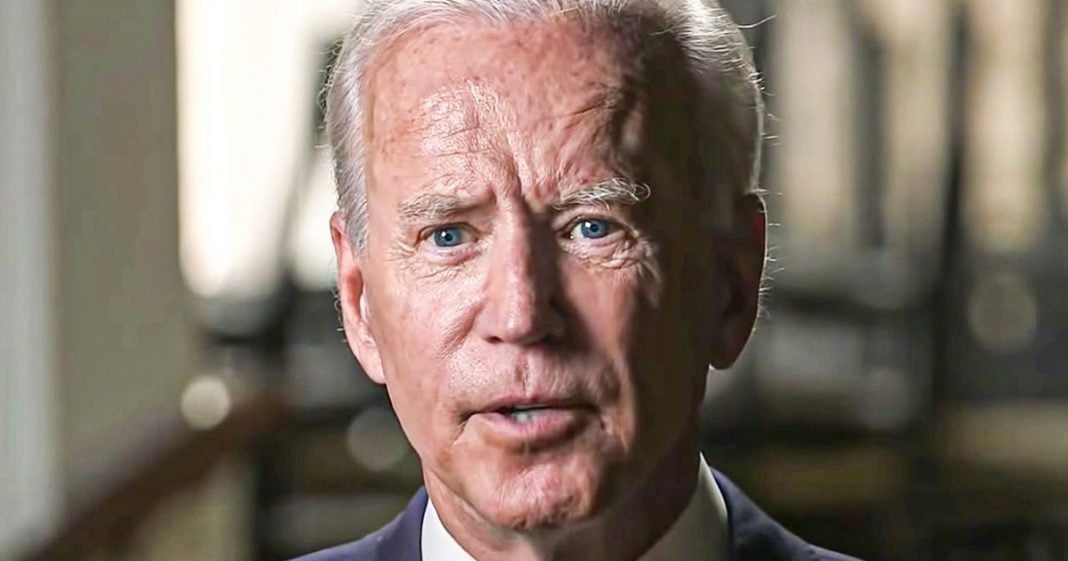 Democrats in Congress are not doing enough to help struggling Americans and families. This is going to cost them big time in the next election cycle unless they can pull themselves together and start doing what they promised. To make things worse, some of the “super smart wonks” on social media have started talking down to anyone who has the audacity to demand more from our elected officials, which isn’t helping anything. Ring of Fire’s Farron Cousins explains what’s happening.

There’s been a lot of talk this week, uh, from some of the super, super smart policy walks on Twitter, talking about what’s called the green lantern theory of politics. And that is believing that politicians are these all powerful people who can do anything they want, as long as they have the will to actually do it. Um, I think it’s a very condescending theory. I think it’s a very stupid theory because No know that there’s actually a whole hell of a lot of people in this country. Certainly, probably not enough to give this stupid thing a name, but don’t worry some of the super duper smart, you know, hardcore democratic centrists, keep telling us that stop engaging in the green lantern theory of politics. And if you don’t know what it is, then you go to hell, listen folks. The democratic party right now has a very real problem. And the real problem is that they are not doing enough to get relief to the American public. They did walk back the $2,000 checks. It’s now a $1,400 check.

They never, ever, ever, ever, ever said $1,400 checks prior to January 6th, actually January 5th, the Georgia elections. Nope. It was all about $2,000 checks out the door. If you vote for these two Democrats in Georgia, that’s what it was. And now it’s 1400. And now we’re almost two months past that time. Almost two months later, where’s the bill. Where’s the bill. The bill is still being argued. This, this is insanity. People are still suffering. And yet those of us who say, Hey, can we have more? Can we do real things to help American publics? We get derided by these jackasses on social media who are a part of the system telling us, Oh, green lantern theory. Look at this guy, look at her, talking about wanting more from politicians. Don’t, you know, they’re not magic, but don’t, you know that we can still demand them More. Or if you just given up, Like you don’t believe in anything anymore, other than team sports D versus R I am not that way.

I know it seems like it’s sometimes because obviously I’ll praise Democrats and go really hard against Republicans most of the time, because that’s typically what needs to happen. But when Democrats need to be called out, I don’t hesitate because I’m not a team sports guy here. I’m a truth guy. So if it means I have to call out the Democrats, I’m not afraid to do that. And if you are afraid to call out your side, then you don’t belong in this business and you take your little Twitter theories and your fancy little phrases and words, and you can go get the hell out of here and leave politics to the people who actually want change. I think there’s very few actual people in this country who are out there cheering status quo, status quo. That’s not really a thing. People cheer for people want change. People want help, and it’s not ridiculous or stupid to demand it from these individuals who actually do by the way, have the power to do it. We know the president alone. Can’t do some of the things that he promised. We get that we’re not idiots. Stop treating these people on Twitter like this.

I don’t want to call out any names. I’m not big on doing the feuds and all that. But, uh, there are people the one saying this who’ve appeared on ring of fire over the years. Certainly not any time in the last couple of years, but they have, I’ve interviewed some of them personally. And to see them behave in this manner, deriding other individuals, they haven’t directed anything at me, by the way. So don’t think I’m taking anything personally. This is what they’re saying to other individuals, telling them to stop thinking. You can get things from politicians. They always over promise and under deliver. Don’t you know, this simpleton now the real simpletons are the idiots out there who think that we’re just going to sit back and accept that nothing can ever change that nothing can ever be better. It can, and it will. But we have to start by kicking out these cheerleaders whose only job it is to tell us to shut up and like it, because it’s from the Democrats, not the Republicans.