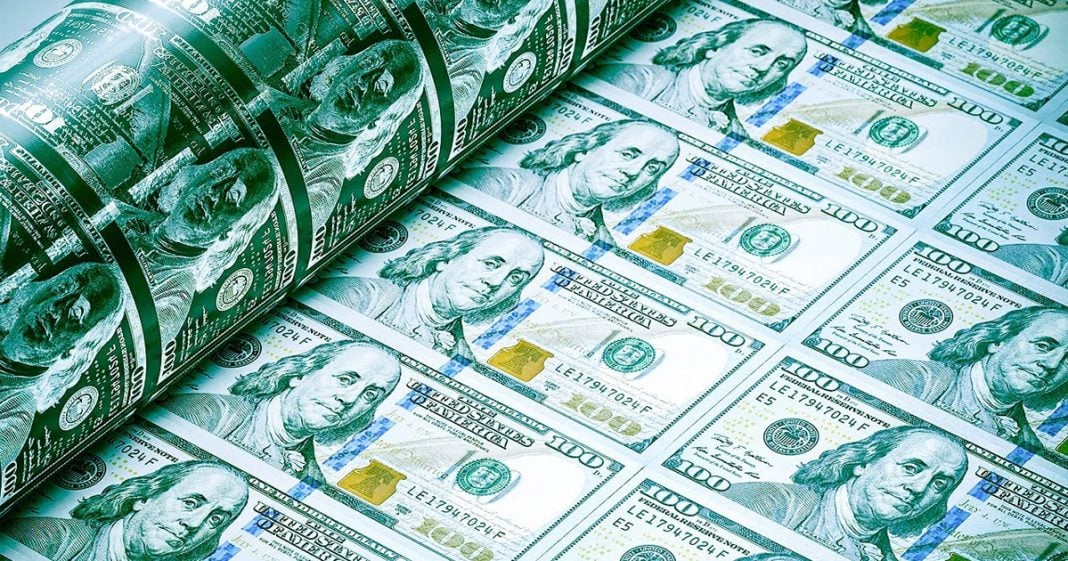 According to a new poll from The Hill, a majority of Americans want the federal government to spend more money on things like anti-poverty measures, education, and healthcare. In other words, Americans want the government to spend money to protect them and make their lives better. This shouldn’t come as a surprise to anyone, and Ring of Fire’s Farron Cousins explains how we can make this a reality.

It’s also the solution. We could cut our military spending in half, still spend more than every other country on earth and use that excess money to do all of these other things that every well, a majority of people in this country say we need to do. Education in this country is severely underfunded. Well, maybe we don’t get a couple new jets this year and instead we invest in textbooks for our kids. Maybe instead of launching a new war with Iran, we work on moving to a universal healthcare system. We spend that money doing that. That’s what the public wants and that’s, I, I love talking about these, oh, and by the way, this, this poll has a margin of error of 1.8%. That is absolutely the lowest I’ve ever seen. I’ve never seen a poll with that low of a margin of error, which means this is insanely reliable.

But again, I like to talk about these things because it shows how disconnected Washington, DC is from the rest of reality. Oh, by the way, another thing to point out real quick, before I continue is that it also showed that Bernie Sanders is the most popular politician in the United States. I wonder why? Anyway, the rest of the folks up there, almost all of them, not all of them, but almost, have no connection with the American public. If they did, we wouldn’t have polls like this saying, we don’t like that you’re not spending on this, that and the other. We need these other things, but instead you’re spending it all on things that go boom. You’re spending it all on weapons of war. You’re spending it all to go kill people overseas. Stop it. Spend that money on us. You have it, we know have it. We don’t care about deficits.

Neither do you really, when it comes down to it, spend it making our lives better. Consistently we see these Democratic socialist countries over in Europe rated as the happiest, the best quality of life, yada, yada, all these other things, you know, they’re just great. They just love everything. And what do they have that we don’t? Well they have those socialistic policies, they’ve got the universal healthcare. A lot of them have debt-free college. They have all of these programs because they’re not spending hundreds of billions of dollars a year on weapons. They invested instead in people. The United States could learn one hell of a lesson from that, if they chose to, and that’s the problem at this point, they know it. They’re choosing to ignore or the lessons overseas and of course the desires of their own people.