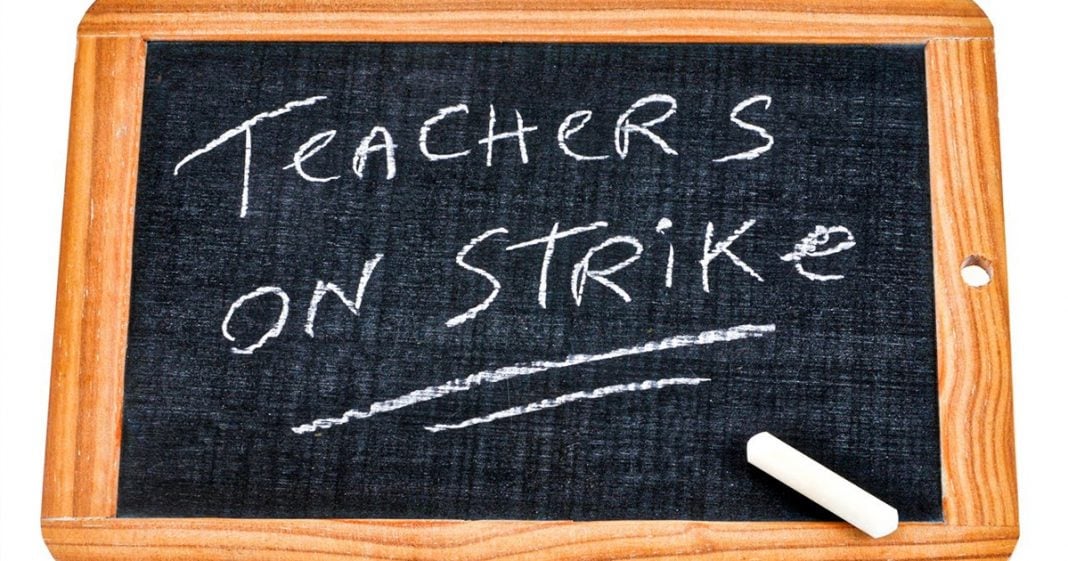 The Republican-controlled West Virginia senate passed a bill this week that would make it illegal for teachers and other public sector workers to go on strike. This is a direct assault on union workers by the elite who don’t want to listen to the plight of working class citizens anymore. Without the ability to strike, the unions are left with virtually no power to bargain for their members, as Ring of Fire’s Farron Cousins explains.

Republicans in the West Virginia Senate this week actually passed a piece of legislation that strips public sector unions of and all of their power. Here’s what the specific law says. Public employees in West Virginia have no right, statutory or otherwise, to engage in collective bargaining, mediation or arbitration and any work stoppage or strike by public employees is hereby declared to be unlawful. So the Republicans who control the state Senate in West Virginia passed this law saying, if you go on strike, that’s illegal. Illegal, meaning you can be arrested for going on strike. You can’t collectively bargain anymore. No more arbitration or mediation. So no sitting down with lawyers, trying to work things out, we have all the power.

That’s what you get workers. That’s what you get. And now they’re off by the way, the legislature, because you had in 2018, teachers in the state went on strike for, I think nine days. In 2019, they went on strike for just two days. But apparently that’s all too much. Nope, can’t have any of that. We’re stripping you teachers and any other public sector union of literally all of your power. There is no way, no way in hell this can actually be constitutional. I refuse to believe that these Republicans have this kind of authority. So this is going to be the kind of thing that is going to eventually make its way up to the Supreme Court, most likely, and this could be the death nail for public sector unions here in the United States. If this does get appealed, because it’s definitely going to be challenged in court. No question about it.

If it makes its way to that Supreme Court and the Supreme Court says, we agree with Republicans in West Virginia, that’s the end of public sector unions in the United States. That is the end of public sector unions in the United States. And what’s really grotesque when you think about it, what are these public sector unions doing? Not the police unions. They’re protecting the abusers. The teacher’s unions. What are they doing, right? They’re saying, hey, you’ve underfunded education for decades. Could you maybe give a little bit more money to schools so I don’t have to spend out of pocket to buy supplies out of my already meager salary that’s way, way below where it should be? And Republican legislators look at that and they say, how dare you? We’re taking away all your power you charlatan. It’s insane, but this is what the Republican party is.

Destroying unions, both private and public sector, has been at the forefront of the Republican party for 40 years. Reagan spearheaded it and it hasn’t slowed down since, and they will not be satisfied until they kill every single union in the United States, possibly with the exception of the police unions. Because again, those don’t work like regular unions. Those are actually, you know, they’re pretty dang corrupt too. So those can stay. Those are fine with Republicans, but the unions who want people to make more money and have better benefits and be safe at work. Yeah, Republicans seem to have a real problem with that.