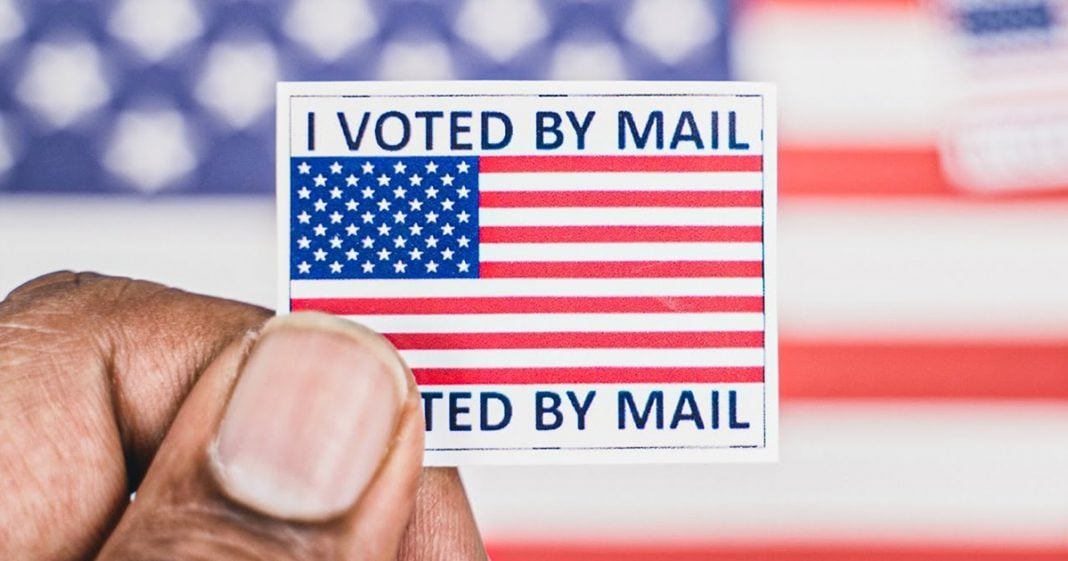 According to a new poll, the overwhelming majority of American voters – including nearly two-thirds of Republicans, believe that we should be making it easier to vote by mail. This is s stark contrast to what Republican state legislatures are doing by intentionally trying to make it harder to vote, and Republicans need to understand that their own leaders are working against them. Ring of Fire’s Farron Cousins explains what’s happening.

According to the latest round of polling, 74% of Americans, Democrats, Republicans and Independents, believe that the United States should be trying to make it easier for American citizens to vote by mail. And that number includes by the way, 62% of Republicans, 62% of average Republican voters out there in America, believe that we should be making it easier for Americans to vote by mail. Why is this important? Well, because right now there are 165 pieces of legislation in 33 different States, mostly all of them proposed by Republicans to actually make it more difficult, not just for people to vote by mail, but for people to vote in general. Republicans, the average every day Republicans, are not being accurately represented by their own party. Now that’s not to say that the Democrats are either, right. I mean, we’ve seen the polls. Most Democrats like an overwhelming majority, I think three quarters actually want some form of universal healthcare here in the United States, whether it’s Medicare For All or a public option, they do want the government to provide healthcare by an overwhelming majority.

So yeah, Democrats, aren’t that great on it either, but for Republicans there’s is a little bit more sinister, right? Because they’re actively working against what their constituents want to be able to do and their decisions are also hindering their own constituents ability to participate in democracy itself. There is a disconnect and the disconnect is in both parties, but it is so much larger in the Republican party that it’s just unbelievable at this point. On issues ranging from environmental action to gun control and even yes, to universal healthcare, the Republican party looks at what their voters want and just says, nah, not going to do it. It’s not for us. It’s not who we stand for. And again, the Democratic party is not that far off from it. Polls show that most Americans are far more progressive than what the Democratic party has to offer and that is exceptionally true, obviously, of the Democratic base.

But here we have these two parties that consistently and routinely look at these polls because they look at them and then they say, no, we’re not going to do it. How does that work for us? I want everyone to think about that for a moment. How is this working for us? We all know the answer. It’s not. It absolutely positively is not working for us. And again, Republicans have it a little bit worse than Democrats do too, but this poll, most Republicans want vote by mail. That’s huge because what it also shows us is that these Republican voters out there are not buying the nonsense being sold by Republican politicians that voting by mail is somehow inherently filled with fraud. They don’t buy it. And so to that, I say, stop voting for the people that continuously lie to you about what’s actually happening in this country.