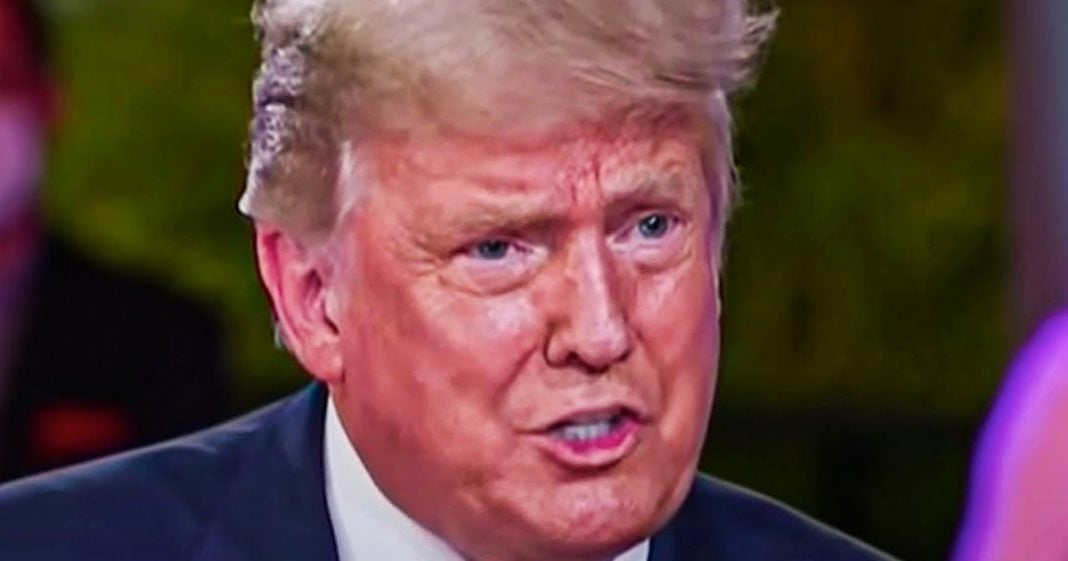 Two counties in Georgia have filed lawsuits against Donald Trump, hoping to force the former President to pay for legal fees that the counties incurred while fighting his idiotic election challenge lawsuits. This is fairly common in the legal world, and Trump will likely end up having to fork over the cash to these counties. Ring of Fire’s Farron Cousins explains what’s happening.

Two counties in the state of Georgia have now filed lawsuits against Donald Trump this week, demanding that he repay the costs. They had to pay to send their lawyers to court, to fight his idiotic voter fraud lawsuits. And since all of Donald Trump’s fraud, lawsuits have lost some just outright thrown out before they could even do anything about it. These counties say, okay, well, we had the front, the money for lawyers. We had the use our time to go to court and defend this and fight this and do all of this extra stuff that we otherwise would not have done. It was a big drain on our County. You got to give us the money back. And to be honest, this is actually very, very common. Uh, with lawsuits here in the United States, uh, the prevailing party will typically see court costs and legal costs, uh, from the losing party.

If they were the ones who were sued, essentially, that’s, that’s kind of how it works. There’s other exceptions. Obviously there always are. But again, this is very common and that is why it’s very likely that Donald Trump is going to have to pay up, but let’s not forget. This was not just two counties in Georgia, where this guy was filing lawsuits. And that’s the best part of this, you know, much like handing over the documents in New York, the Supreme court saying we can’t protect you because you’re not president open the dam. And these lawsuits are going to break the wide open for other lawsuits, other counties, and other cities and other States to start suing Donald Trump, to recoup all of the court costs that they had the pay because of his frivolous and fraudulent lawsuits. Now that’s a good thing. And hopefully, maybe it sends a message to that idiotic, former president of ours.

Maybe it lets him know that if you want to continue pushing this big lie, you’re going to have to pay for it. Quite literally, you’re going to have to fork over some cash for it to be perfectly honest. I am surprised and shocked at this point that Donald Trump himself has not been hit by one of those $1.3 billion defamation suits. I mean, Giuliani’s got one Sidney Powell, Fox news, all of the other people that were pushing it had been hit with it except for Donald Trump. So dominion, where you at, you know, where Trump is at, you know, you can serve him. He’s not going to try to run like Rudy Giuliani did hit him with the lawsuit. Everybody else is. And I guarantee you it’s going to work out in their favor. So you really have nothing to lose from this. You’re gonna get some money out of him for pushing these big lies, whether you’re a County, city, state, or even one of the companies that he was relentlessly spreading lies about, or maybe Trump was smart enough to not quite implicate the individual companies. No, he had his lackeys do that. So maybe that’s why he hasn’t been hit with suits. I don’t know. I’m not familiar with every single comment Trump made. I don’t know if he specifically named any of the companies, but if he did slap him with that lawsuit March on down tomorrow, Lago stay a few days. Florida’s nice. This time of year, either way, this dude is going to end up paying one way or another for all of his election lies.