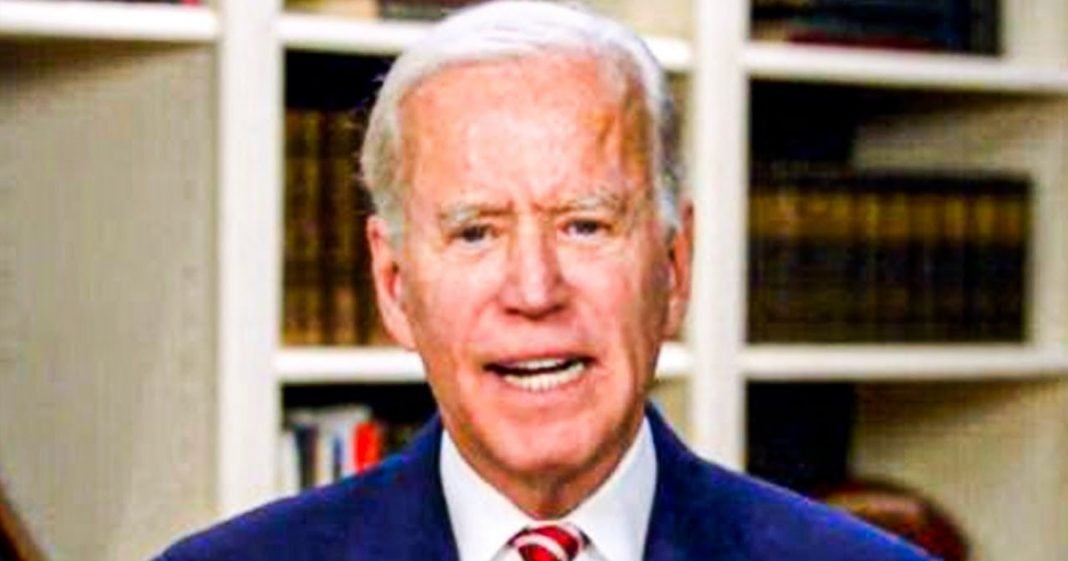 It took fewer than two months in office before the Biden administration approved an airstrike on a foreign country, and he actually managed to get that done before he got Americans the COVID relief that he had promised them. To add insult to injury, the minimum wage increase that Democrats were pushing was killed by the Senate Parliamentarian this week, making a horrible few days for the American public. Ring of Fire’s Farron Cousins explains what’s happening.

It has now taken Joe Biden, less time to bomb a foreign country than it has for him to deliver COVID relief to the United States. Uh, yesterday it was announced that the Pentagon had successfully carried out an airstrike, uh, in Syria, along the Iraqi border, uh, targeting allegedly again, all core, according to the reports, targeting a Radian backed militias, fighting in Syria who allegedly hit a us target in the area, uh, 15 days ago, I think it was. And, you know, they said they had exhausted all other options. We, you know, we tried this, we got an international coalition to back us on this. So we decided it was time to go ahead and drop some bombs here. We know our own people are dying from this pandemic and, you know, we’re, we’re doing everything we can to get them relief, but we had an itchy trigger finger too.

And there’s bombs that need be dropping. And that’s exactly what happened. Uh, this is unacceptable. This is certainly on uncalled for listen. Okay. I understand the United States has military all over the world and we have contractors all over the world and that’s what they consider their targets. Uh, we have bases all over the world, also considered targets and yes, it’s not a good thing when people attack those targets. Um, maybe we also don’t need a military presence in every single country in the world. I don’t know. Maybe that’s just me. Maybe if we stopped walking around this planet, like we were the biggest and baddest and that we were the ultimate authority on everything. Maybe we wouldn’t have to do things like this and we could focus more on things like getting relief to the American public, getting relief to out of work, Americans getting relieved to Americans facing eviction in the United States.

Maybe those kinds of things could take priority if we weren’t so busy with putting bases in soldiers and every single place that we could imagine across the globe, but we’ll never ever do that. Joe Biden showed his true colors this week. And that was not good. That was absolutely absolutely a terrible decision. I don’t care how many days they waited. I don’t care how many other countries they got to sit there and agree that, yeah, go ahead and bomb them. This was a bad move, especially given the fact that you haven’t been an office a hundred days, you haven’t delivered COVID relief to the American public, uh, happened on the same day that the Senate parliamentarian said, Nope, you can’t include a $15 minimum wage hike in your COVID relief bill, sorry. Uh, under dubious, by the way, um, arguments there. And actually according to what I’ve read, uh, Carla Harris has the, vice-president actually has the authority to override the parliamentarian, but they’re just not going to do it. So yeah, bad week for Biden and certainly really, really bad, uh, to be bombing other countries when you’re not even really taking care of us at home anymore, it took less than two months for Biden to show his true colors. But by God, he showed them this week.