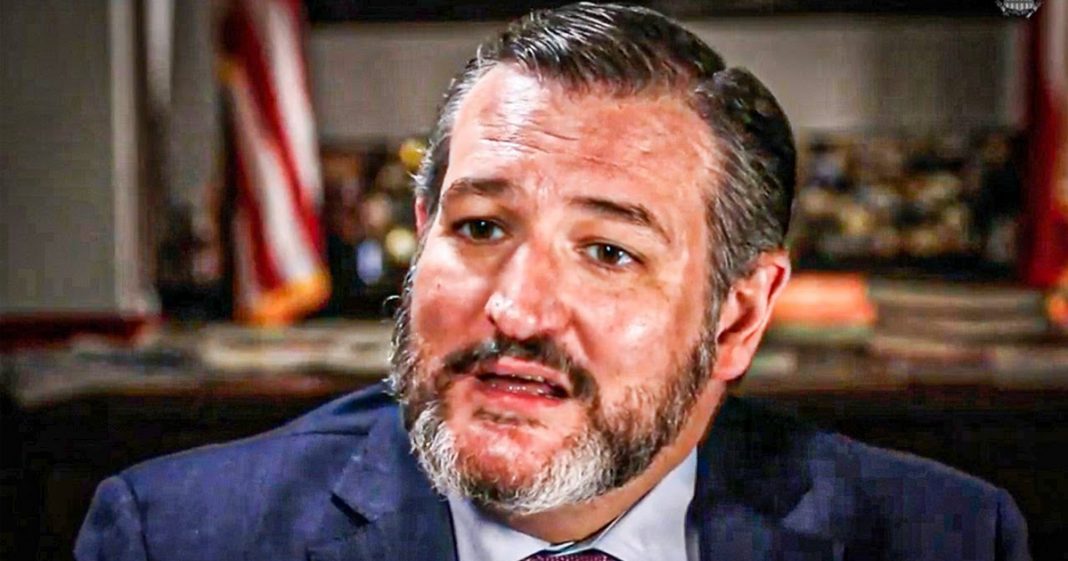 Ted Cruz is going to be fighting an uphill battle for the time being, as his recent little jaunt to Cancun has caused his approval rating to drop by 20 points. This is devastating to Cruz, but great for America, as Cruz was widely considered to be one of the frontrunners for the 2024 Republican race. Ring of Fire’s Farron Cousins explains why this trip alone might be the final act that permanently ruins Ted’s career.

Republican Senator Ted Cruz is still in damage control mode, even though he is actually trying to move on, which is by the way, a form of damage control, trying to redirect the public to a new subject, you see it on his Twitter feed. He’s trying to call out Democrats for things, you know, uh, the HHS appointee, like, ah, it’s a trial lawyer. What do they know? Okay. People are still dragging you about can though in the replies to your, And it’s paying off for those of us on the left. According to the latest polling Ted Cruz’s approval rating among Republicans has now fallen 23 points. Since last people were polled in jail January Joan, one month. Again, this poll was actually taken after the canned fiasco Go for Ted, um, drop 23 points to 53% approval rating among Republicans. So yes, he still has a positive approval rating among Republican Voters.

That’s that, that hurts, you know, Dropping 23 points. I’m sure hurts. Ted Still being above water With his Republicans, um, that hurts the rest of us. That’s that’s pain To see. You never want to see something like that, but here is the thing You’re at 53%, that number is going to go Up, but it’s not Got to go up before. It continues to go down a little bit because this poll was actually taken before some of the grocer details about your canned trip emerged and who is going to use those details against Ted Cruz, who is going to use the canned trip itself against Ted Cruz. I guarantee you it’s not going to be the Democrats. It really truly is not because they’re not the ones who are going to face Ted Cruz. Next, the people who are going to face him are going to be the people in his own party during the 2024 Republican primary, which as we all know is going to actually kick off in 2023, Sorry, Around that summer and a fall of 2023 is when the debate Start.

So you got two years, two years Here’s to run some pretty good damage control two years for the voters in Texas and all over the country to forget about what you did And then you Or Republican opponents, Josh Hawley, most likely Nikki Haley, uh, Tom cotton. They’re going to start with the ads, buddy. They’re going to start with that picture of you in the airport with your Texas mask on and your suitcase and your look and said, maybe the picture of you at the little airport bar, eating your ramen, whatever it is, they’re going to use that. And they’re going to destroy You. And then these Republicans who are off it now are going to remember it. And they’re going to get off about it all over again, because that’s how politics works. That’s what people do. So Things aren’t over for Ted, even when things are over with this issue, they’re still not actually over because he’s going to have to live through it all over again in his next campaign, whether it’s running for president or running for Senate. Again, people are going to talk about the fact that when the state Needed him, Ted ran away and he will never be able to live that down.