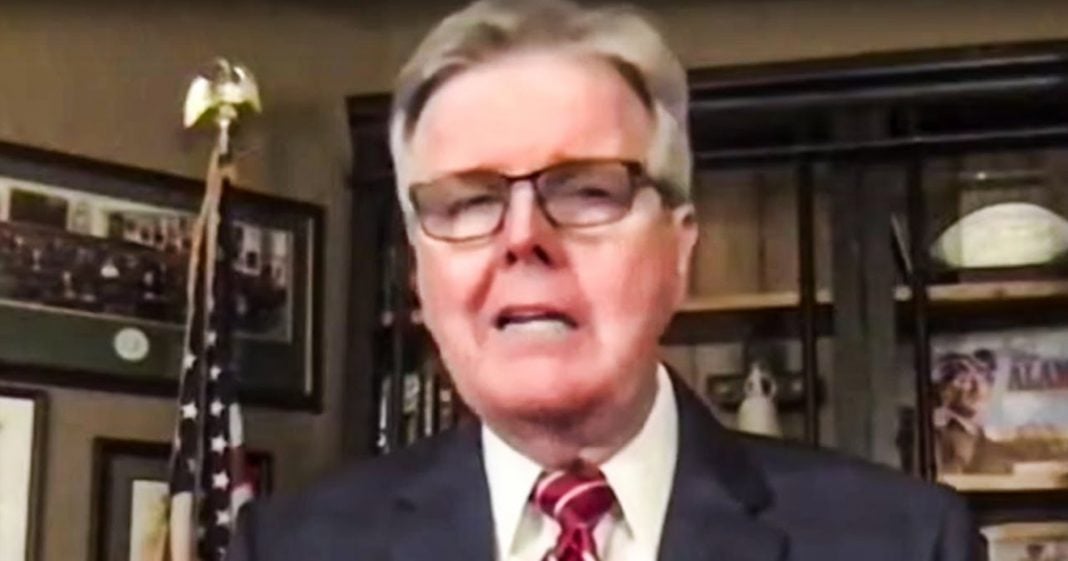 Texas’s Lieutenant Governor Dan Patrick is an absolutely disgusting human being. During an interview with Fox News this week, Patrick suggested that citizens who have been hit with astronomical energy bills of more than $10,000 should have “read the fine print” on the contracts they signed. He’s actually siding with the energy companies that are price gouging consumers. Ring of Fire’s Farron Cousins explains what’s happening.

Republican Texas Lieutenant governor, Dan Patrick went on Fox news this week, where he kind of mocked the people who are getting those astronomical energy bills from the state of Texas, from the energy companies in the state of Texas. Uh, one man, as we know how to $17,000 bill others have had 12, $13,000 bills, a lot of others, you know, five to $8,000. And, uh, Dan Patrick said that, well, these people should have read the fine print here is what he said. Exactly. I saw the story about the high bills. Let me explain that we have in Texas, you can choose your energy plan. And most people have a fixed rate. If they had a fixed rate per kilowatt hour, their rates aren’t going up. But the people who are getting those big bills are people who gambled on a very, very low rate, but I’ve told those folks do not panic.

We are going to figure that out, but going forward, people need to read the fine print in those kinds of bills. And we may even end that type of variable plan because people were surprised. Yeah. Yeah. It’s the fault of the people, right? Dan, it’s not the fault of the energy companies who just said, Hey, screw it. We can legally price gout to these people. So let’s just do it and see what happens. No, no, no, totally not their fault. Right? Totally not there the fault. But the people who, as you said, they gambled on a very, you know, risky, low rate. Maybe you get it, maybe you don’t G if only there was something in place that said, don’t frigging gamble with your energy rate, you know, some kind of regulation on the energy sector that didn’t allow them to do this. Don’t blame the people for the corruption of the industry that keeps Republicans in power in the state of Texas.

That is what this is all about. Folks. The energy industry runs Texas. They control every Republican in that state and probably a good handful of the Democrats as well. But the reason they don’t have regulations is because they’ve paid off the right people. This is a almost criminal enterprise at this point. Uh, you know, the, the, the energy industry in Texas is almost like the mob. They pay off the right people. They don’t have to worry about anybody looking over their shoulders. That’s what happened in the state of Texas. And Dan Patrick knows that because he’s one of the people that gets the money. And so he goes on TV and he says, we’ll read the fine print people. What did you think was going to happen? Your neighbors didn’t have that because they didn’t gamble. They weren’t irresponsible. This is nuts. This is absolutely nuts.

And let’s not forget by the way, the Dan Patrick was one of the first individuals in the early days of the pandemic to go on TV and say, well, maybe we got to let grandma and grandpa die in order to save the economy. So that’s the kind of disgusting, horrible human being that Dan Patrick is. And if the voters in Texas have any common sense whatsoever, the next election, you will get rid of this man. And hopefully never have to think of him again. He’s not just a bad politician, but based on what we’ve seen from him for the last 12 months, that man is pure Evil, get rid of him.