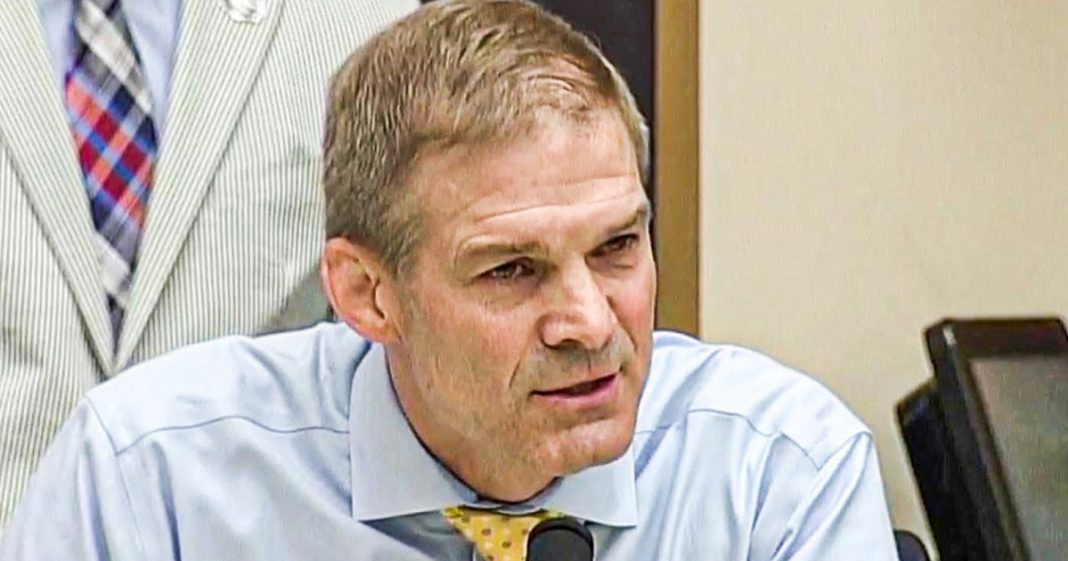 Republican Representative Jim Jordan decided to let the country know where the Republican Party actually stands, so he sent out a short tweet yesterday proclaiming that Donald trump is the leader of the Republican Party. This is an odd and unnecessary move, as we haven’t seen Republicans make similar declarations about past Republican Presidents after they were handily defeated in their reelection bids. Ring of Fire’s Farron Cousins explains what’s happening.

Yesterday, Republican representative, Jim Jordan sent out a tweet, a one sentence tweet that sums up today’s Republican party, or at least the Republican party that Jim Jordan would love to be a part of. And the tweet read president Trump is the leader of the Republican party. That’s it? That’s the tweak unprovoked unrelated to anything. It’s not like he was quote, treating something, you know, some kind of article. Nope, just Jim Jordan going about his day. Random light bulb comes up over his head and he says, I need to tweet that. Ooh boy, president Trump is a leader of the Republican party started nowhere, which makes it a little weirder that you’re just walking around or in the middle of a meeting. I don’t know. I don’t know if you were doing anything important. Maybe you’re sitting on the toilet who knows how this ridiculous idiotic thought popped into your head, but it did.

And you tweeted it and you got dragged all over Twitter, back and forth for it because listen, dude, the only people who don’t want Trump to be the figurehead of the Republican party are the Republicans who still have a couple of functioning brain cells. Those of us on the left dude. We’re totally cool with Donald Trump being the leader of the Republican party. I don’t know why y’all think we’re not because that doesn’t hurt us. That helps us. It hurts you. And we have seen that story play itself out for the last four years. Jim, what are you doing? Like do you think, Oh, I’ve owned the libs here. Nope. You really didn’t. What you’re doing is just digging your own party’s grave just a little bit deeper. You’re well, past six feet by now, you can’t even get yourself out of this hole. You’ve dug it so deep.

So keep digging, buddy. Let us know if you need a couple more shovels, we’d be more than happy to give them to you, but stop acting like you’re tweeting things like this out to send a warning shot to those of us on the left. We have handily defeated Donald Trump. We have defeated everything that this man has had the throw at us. Yes, of course, except the court system. That’s a crap shoot, but it’s not like the Democrats are much better at it. To be honest, when you really look at where their judges come from, it’s from the same place as the conservative ones come from, but we’re not afraid of Donald Trump being the figurehead of the Republican party. That gives us a very easy target. It gives us a very extreme target. It gives us the albatross to hang from every Republican’s neck. Kind of like y’all did with Hillary Clinton, tying every Democrat to Hillary Clinton. You know, that worked for y’all. You had success with that. You enjoy doing it too, but now she’s gone and you don’t have that. And you’re kind of freaking out. That’s what Democrats would be doing if you all weren’t so desperately trying to keep Trump alive. So once again, Jim tweet this out. All you want, all you’re doing is making the job of all of us on the left, a little bit easier.