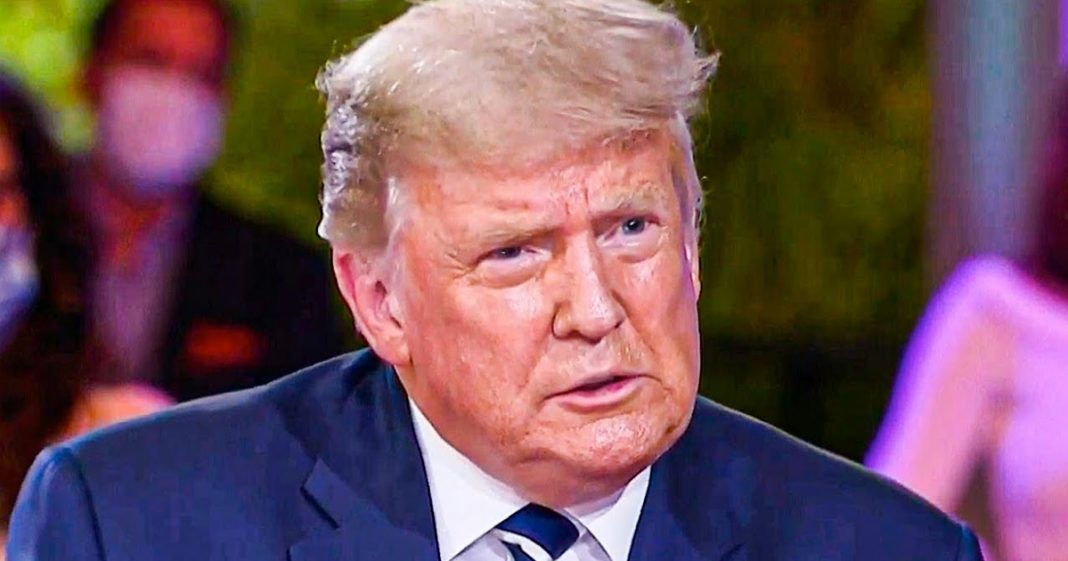 Donald Trump reportedly made $1.6 billion during his time as President of the United States, further proof that he used his office to benefit himself financially. The President also boasted about donating his entire salary from his time in office, which amounted to roughly .1% of the total money that he made during his time in office. Ring of Fire’s Farron Cousins discusses this.

According to new disclosures from Donald Trump and the Trump organization, the president, the former president, made $1.6 billion during the four years that he was serving as president of the United States, $1.6 billion and the entire time bragged about the fact that he was donating his $1.6 million salary to various parts of the government. Parts of the government, by the way, that he approved the slashing of their funding. So the, it was totally just absolutely pulling the wool over the eyes of his supporters, who to this day still applaud him for donating his $400,000 a year salary to the federal government that he helped to destroy. These people are absolutely living in an alternative reality. It was slight of hand, really, if you think about it, like that’s what this was, it was misdirection, you know, oh, look at me donating my, my whole salary over here because I’m, I’m such a wonderful guy.

Thank you, uh, $400 million a year. Yeah, just put that in my bank account. They’re not even looking. I distracted them with a hundred thousand dollars, bunch of idiots and that’s what he did. And I guarantee you, he laughs about that because this man was using the office of the presidency to draw more attention to his properties, both domestically and internationally. He was using them to house government officials whenever he needed to, by having meetings at Mar-a-Lago meetings at Bedminster up in New Jersey. Hell, he even had his one over in, over in Scotland, Turnberry, bringing in military, you know, they would be forced to stay there, therefore putting money in Donald Trump’s pockets. This is not an accident and this is not a coincidence. This was by design. This is exactly what Donald Trump wanted to do.

And sure, even if he hadn’t been president during that time, he still would’ve made a lot of money from these properties, but he dang sure would not have made $1.6 billion, that would not have happened. He would have been lucky to crack a billion. He used the office to put more money in his pockets and thanks to a recent ruling by the US Supreme Court, we won’t even get to do anything about that. We’re not going to get to change the laws. We’re not going to get to prosecute him for it, for violating the emoluments clause. We’re not going to get to look into this any deeper it’s done. And what that does is it opens the door for the next person, the next billionaire president to come in and do the same thing to a larger degree.