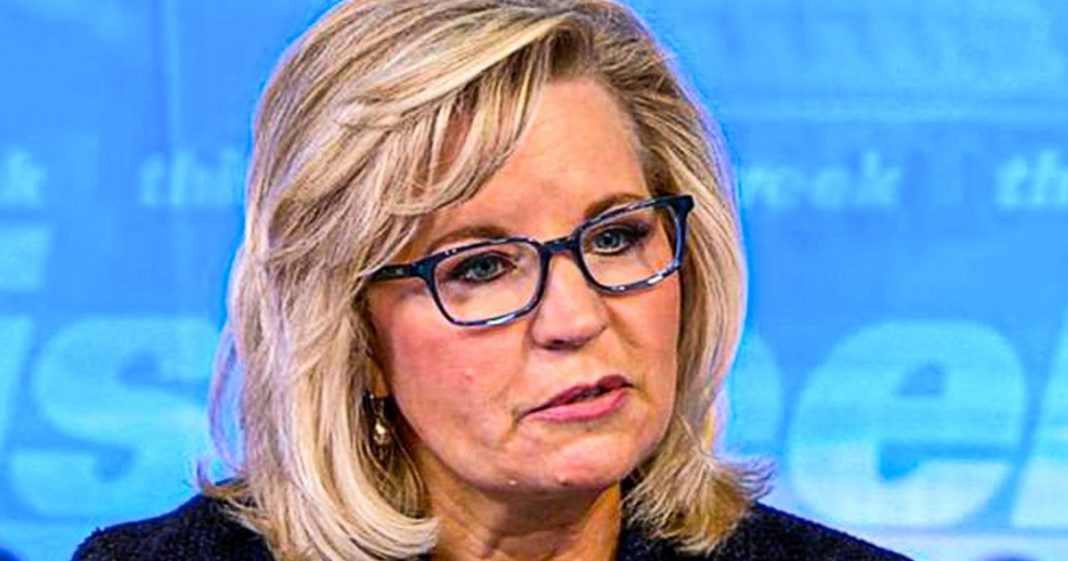 Republican Representative Liz Cheney said this week that the Republican Party has to STOP being the Party of white supremacy, a long-overdue admission that the Party is absolutely ok with white supremacy. Cheney is gradually waking up to the fact that the Republican Party is a hideous creation, but the question remains whether she understands how it got this way in the first place. Ring of Fire’s Farron Cousins explains what’s happening.

And again, that’s not to say that the Republican party is racist, but that is to say that racists seem to love the Republican party and that’s not an accident. Republicans have been pushing racist policies, you know, whether or not they themselves are racist, they’ve been pushing racist policies for decades. They’ve been using racist talking points for decades and I think that’s what Liz Cheney is, is kind of missing in her analysis here. It’s great that she has the self-awareness to understand that white supremacists seem to love Republicans, but she needs to get to the heart of it and understand that this did not just happen with Trump. This is not something that is just developed in the last few years. This is something that the Republican party through the Southern strategy has been cultivating for decades. That’s what all of this is. This all goes back to Lee Atwater, the Southern strategy, Republicans pitching to these white, former Southern Democrats that the black men now are going to have more than you have, white man.

That’s it in a nutshell, and those Southern former Democrats became the Republicans that we know today. Then of course, you also had the dog whistling over, over the years. You know, Reagan was the king of that down here in the South, talking about the lazy welfare queens. We all know what he’s talking about, he’s talking about black people, but it’s sold very well down here in the South. And they’ve been doing that for decades to attack entitlement programs. You know, the, the social safety net of this country, they do it with these racist dog whistles and every time you do that, you’re attracting more and more white supremacy into your party. And Liz Cheney is right, the Republican party does need to stand against that. The problem is in order for them to do that, they have to disavow the last 50 years of what their party has done and they’re sure as hell not willing to do that. You know, it’s one thing to go out there and give a nice little flowery speech or interview where you say we don’t stand for this.

But you do. You all do. You all know what caused this. You all know how this developed over the years, it’s part of your party identity at this point. You cultivated it, you grew it and now suddenly, now that everybody has seen it exposed, now you have a problem with it. You didn’t care when it was all taking place behind the scenes and the public didn’t understand it. No, that didn’t bother you at all. But now that people can see it, suddenly it’s a problem and oh, no, we’ve got to, we have to pretend we don’t like this, ah. They won’t. You’re hoping it dies down before you actually have to change who you are as a party and unfortunately, from what we’ve seen from the public, they’ll probably move on and you guys can keep being racists, you just only have to do it behind closed doors.