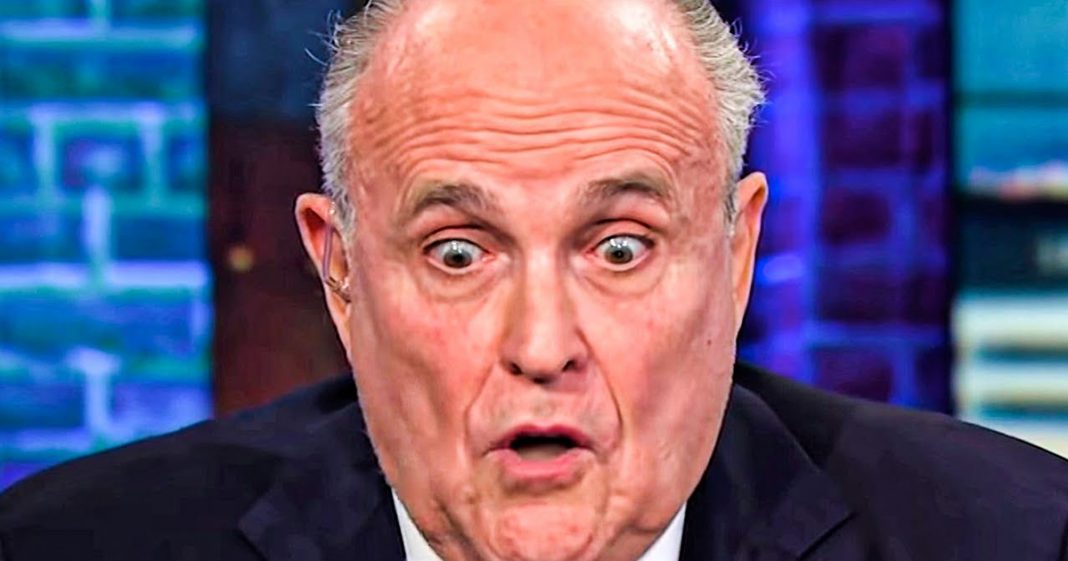 In a perverse game of legal tag, Rudy Giuliani apparently ran away from the process servers hired by Dominion Voting Systems to serve Giuliani with his $1.3 billion defamation lawsuit. And he managed to avoid them for nearly a full week before they finally caught up to him. What did he think was going to happen? Was he planning on being on the run forever? Ring of Fire’s Farron Cousins discusses this bizarre story.

Rudy Giuliani may be getting older, but that hasn’t slowed the man down at all and I, yes, I am talking about physically slowed him down because new reports came out yesterday saying that the elderly Rudy Giuliani managed to evade process servers that were trying to serve him with the $1.3 billion defamation suit from Dominion Voting Systems. He was able to evade them for nearly a week, slippery little fella he is, right? And they were able to finally track him down, but they had been, according to these reports, they’ve been at his office, you know, kind of staking that out. They’re staking out his house, you know, following his typical routine because I don’t know if a lot of people realize this, when you get sued, in many instances, they will have a process server go to the individual being sued, hand them the documents and say, you know, you’ve been served, you know, we’ve all seen it in movies and TV.

Hopefully lots of us have not ever had to go through that. Um, and Giuliani, that’s what they were trying to do with him, but he kept running away from them. So they couldn’t actually serve him with the $1.3 billion defamation suit because again, Rudy Giuliani, even, you know, at his age, decided to turn this into some kind of perverse game of legal tag. Like, ha ha, you can’t get me. So that’s what happened for about a week or so, but, but I guess my biggest question about this story is, what did Giuliani think was going to happen? Like did he legitimately think they were just eventually going to give up? Be like we just, we can’t get him. I guess we just drop the suit. We can’t, we can’t get him. I don’t know what to do now, guys too fast for us. I mean, really Rudy you’ve been in the legal profession for most of your life, aside from your political career.

And even that has lots of aspects of the legal world, you know that that’s not how things work. You know that eventually they’re gonna get ya and if they don’t get ya, they’re just going to get a court ruling saying they don’t have to get ya. That’s what happens in these particular instances, you are not going to outrun them forever. They’re going to eventually get you and so I just find it hilarious that Rudy Giuliani, you know, this decrepit old man is like running away from these people and they’re like, well. What are we going to do? He’s faster than I thought. Ah, what a time to be alive, right? And let’s not forget, this was the best lawyer that Trump could find. That’s even sadder to think about.