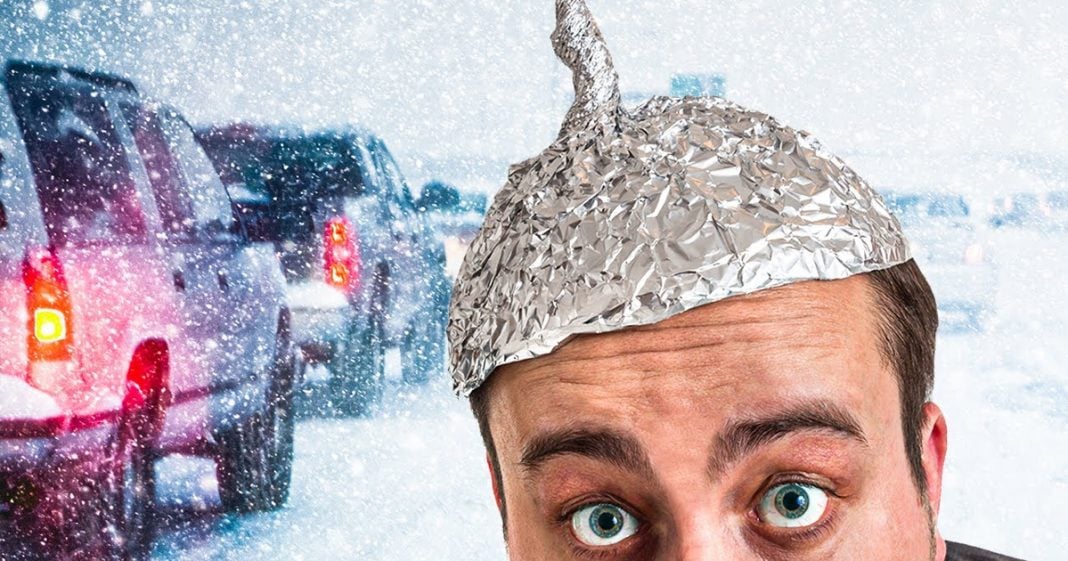 Conspiracy theorists have been hard at work on social media trying to convince everyone that the snowstorm that hit Texas wasn’t real, going as far as making the absurd claim that Bill Gates teamed up with Joe Biden to douse Texas with fake snow. Their evidence has been thoroughly debunked, but that hasn’t ever stopped them in the past. Ring of Fire’s Farron Cousins explains what’s happening.

Following last week’s winter storm Uri, that dumped snow in areas that typically are not prepared for that kind of winter weather, the conspiracies have now begun and the prevailing, prevailing conspiracy among the wackier sect of the American public is that somehow Bill Gates teamed up with president Joe Biden to create fake snow, to dump on States like Texas, to somehow punish Republicans. This conspiracy is being spread through Twitter, Facebook, TikToK. People are putting together videos of themselves making snowballs then holding a lighter up to it and the snow actually kind of burns instead of just melting into water. Well, the fact checkers immediately had to get to work with this talking with scientists and the scientists explained that listen, snow and ice are very different in their composition. And sometimes when you take a snowball and you compact that snow, there’s still millions and millions and millions and millions of spaces and pores in between them. So yes, if you were to take a lighter up to it, it would in fact burn before melting.

That doesn’t mean it’s fake snow that just catches on fire. It’s just science. But of course, facts never get in the way of a good conspiracy like this, which just leads me to the question, what the hell has happened to America? We have always had conspiracy theorists, always, but social media has given these once fringe individuals, a voice and a platform, a voice and a platform that is damaging the discourse here in the United States. These people will do anything for attention and to, I don’t know, try to trash a political party. I mean, it’s hard to say if these necessarily are all Republicans pushing this because in many instances, you know, these, these conspiracy theories are, are nonpartisan outside of the Q world, but this is crazy. And the fact that people legitimately believe something like this, even if it started as a joke, this is dangerous to the United States and we have to do something about it.

We really, and truly do. And I’m not saying ban them all from social media. What I am saying is that my God, we need to work on our education system here in the United States so we don’t have a populous full of idiot, gullible individuals who will believe anything somebody puts in a twenty second TikTok video. This is a problem for all of us in this country and it is an indictment of our intelligence and our education system, because that is what has failed here. Too many people get online, see a ten second clip and say, well, that must be reality, without ever using their critical thinking abilities and I don’t even know that those abilities exist anymore. I mean, you see stories like this, you pretty quickly start losing faith in the American public in general.