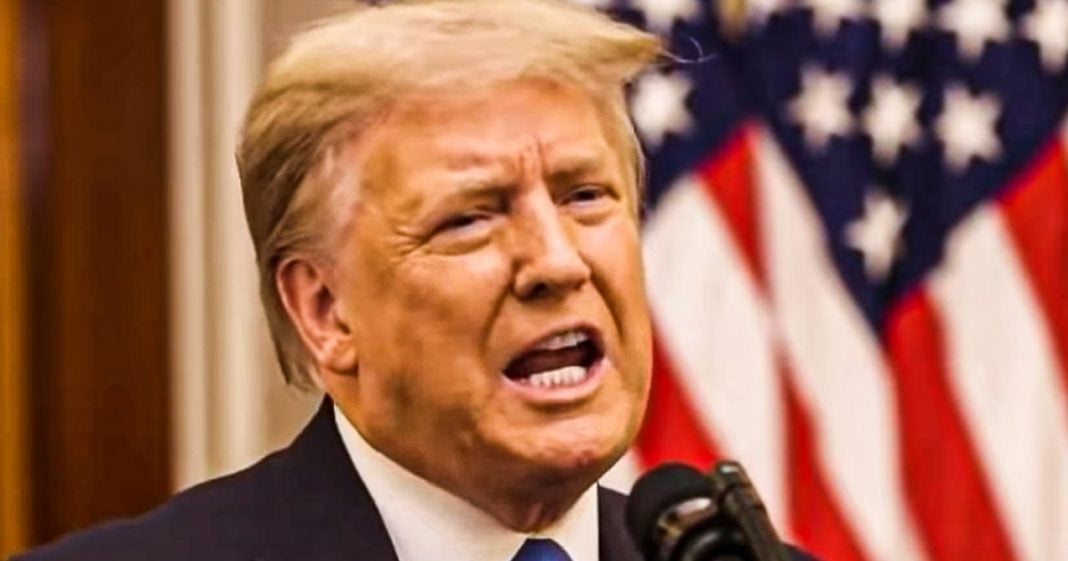 Donald Trump was dealt a massive legal blow on Monday when the U.S. Supreme Court refused to continue to shield his financial information from prosecutors in New York, which means that a grand jury will likely get their hands on the documents very soon. This is just the latest in what has been a very bad week (legally speaking) for Trump, as his former lawyer Michael Cohen also met with prosecutors last week. Ring of Fire’s Farron Cousins explains what’s happening.

On Monday, Donald Trump was dealt a devastating blow with regard to his legal problems up in the state of New York and that blow did not come from New York, it came from the United States Supreme Court, where three of the people on that court were appointed by Donald Trump. And still things didn’t go his way when the court issued a one sentence decision saying that they were no longer going to continue to block the release of Donald Trump’s financial information, including his tax returns from the prosecutors up in New York, who had subpoenaed this information. To put that another way, layman’s terms here, prosecutors are getting Trump’s financial information and there is nothing he can do about it. This means that the grand jury that has been empaneled by those prosecutors up in New York, they’re eventually very soon going to get their hands on these documents. What’s really interesting about this though, is that this is not the first blow in the past week that Donald Trump has gotten with regards to the New York case.

No, no, no, no, no. It’s actually the third. Last week, Michael Cohen, his former lawyer and fixer, went and met with the prosecutors, including, and this is another blow, the new guy they brought in Mark Pomerantz, who’s an expert at prosecuting the mafia and white collar crimes. And he talked to Michael Cohen last week. So that’s gotta be fun. And now of course, the Supreme Court says, look, you’re not the president anymore. We’re not blocking this. You got to face justice, just like everybody else would. You have to comply with the subpoena. You have no legal reason why you cannot anymore. Michael Cohen though, to me, honestly, that almost seems bigger because we already know that the prosecutors have been talking to Donald Trump’s bankers. They’ve been talking to his tax folks, again, talking to Michael Cohen, I’ll get more into that in just a second.

So they already have a lot of what they need. Um, these tax documents, the other financials that the Supreme Court is no longer going to shield are going to be kind of the missing pieces of the puzzle, because I do believe they’ve got a pretty good puzzle put together already. You bring in this new prosecutor, who’s an expert in these kinds of things to, you know, help lay out the puzzle a little bit better and then the missing pieces are about to fall into place. But I think a lot of the puzzle was put together by Michael Cohen himself. Let’s not forget when Cohen testified before Congress, two years ago this month, he told them exactly what Donald Trump is being investigated for up in New York, that he would lie to the banks about the values of his property in order to secure loans, that’s bank fraud.

You can’t do that without, of course, you know, being arrested for it if you get caught. So Michael Cohen is central to all of this, especially because Michael Cohen was the guy who very clearly helped Donald Trump do this, you know, pretty much by his own admission. So he knows what he’s talking about. And of course, by helping Donald Trump do this, he could also face prosecution. So he may have, we do not know for sure, but I’m willing to bet he met with those prosecutors on, on the grounds of, hey, I don’t want to go back to jail. So how about I cooperate? We work out a deal where I give you everything and you agree not to send me back to prison. Again, can’t say for certain that that happened. But typically in instances like this, those are the kinds of things that happen. Those are the kinds of deals that are made. Time is going to tell us what exactly went down and I think we can all pretty much gather this point, none of it is going to be good for Donald Trump.