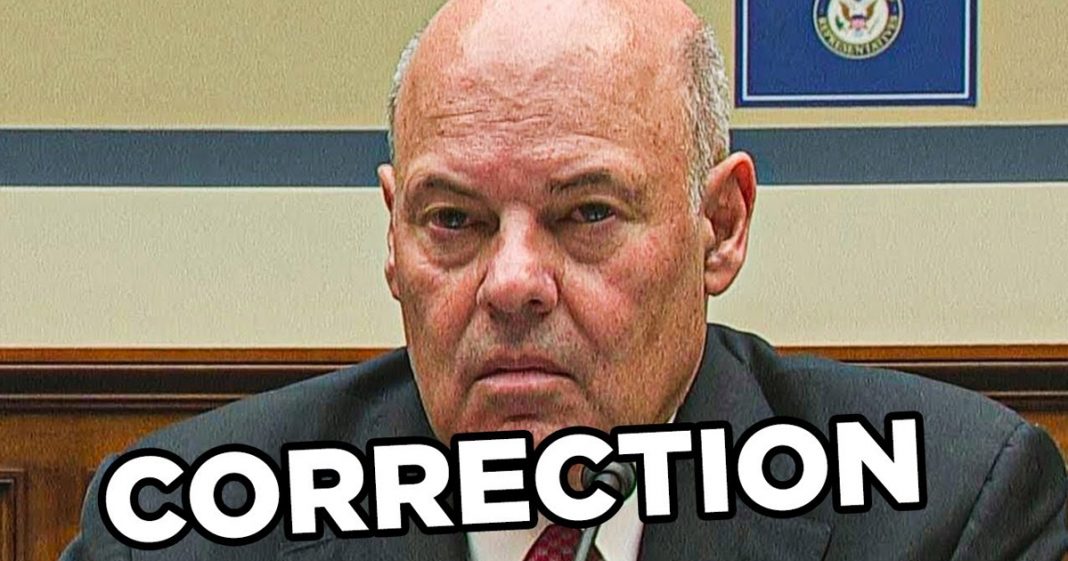 Ring of Fire’s Farron Cousins issues a correction to a story about Postmaster General Louis DeJoy that ran this past weekend.

I wanted to take a quick moment to issue a correction to a video that went up this past weekend, the video was talking about why hasn’t Joe Biden fired postmaster general, Louis DeJoy. That video has now been removed, I personally went on there and removed it because I was completely wrong about what Joe Biden is and is not able to do with the postmaster general. And the answer to that is absolutely nothing, basically. Uh, as many viewers, by the way, were, were very quick to point out some of them far nicer than others about it. One said she reported us as being nothing more than fake news anymore and were shocked could be such propaganda as, hey, I made a mistake and I’m apologizing for it now. It was not malicious by any stretch of the imagination, which again, some people clearly thought I was intentionally being malicious.

No, um, I was stupid about it because I didn’t understand it. I now do and I apologize for getting it wrong. By the way, in case anybody else is not familiar with it, Biden has the authority to appoint people to the board that has those decisions. But even though there’s three openings right now, you got a lot of Trump holdovers, including one Democrat that’s a Trump holdover. You can’t remove these board members without cause meaning you can’t just say, all right, you guys get out. It has to be a legitimate reason. So Biden would not even be able to pack it with enough people who could then oust DeJoy. There, there’s literally nothing Joe Biden can do, nothing. So again, I apologize for my video where I suggested that there was something he could do because again, I didn’t know.

And that was a failure on my part. I absolutely should have looked into this and the only, I guess defense I could offer is, I’ve never had to know how the postmaster general system works. Um, you know, four years of political science in college, 17 years of doing this, 21 years total and never once have I ever had to know that piece of information. But again, that’s a great thing about this job. I learn stuff every day too. And I want to own that mistake, admit that I was wrong, admit that I was stupid about it and once again remind everybody, there was nothing malicious about that. I was just an idiot and I apologize and I will do my best to make sure that does not happen again.