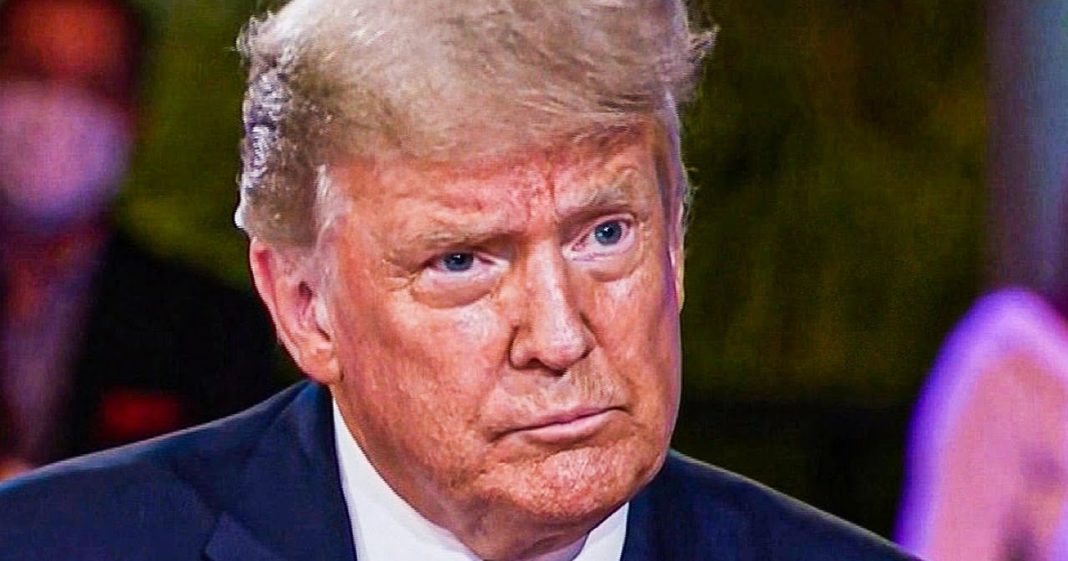 A new USA Today poll out this past weekend shows that 46% of Republicans, 46%, almost half would be willing to bid their party adieu and follow Donald Trump to a new Trump centric political party. So almost half of the party says, yeah, if this guy said he’s doing his own thing, we’re with him. In addition to that, the poll also found that a little over 50% of Republicans said the party should be a little nicer to Trump and include him a little more. Um, it’s important to point out that the rest of the country disagrees with this, Independents, Democrats, they want Trump gone forever. Majority of the public at large wanted Trump barred from ever holding political office again. Then you have the Republican party that says, nope, we want him to be the figure of a political party and if it’s not within our own party, we’ll go make a new one that only worships Trump, I guess that’s their platform. Where do you stand on the environment? Trump. Okay. What about the economy though? Where do you? Trump. Do you have any thoughts on foreign policy? Trump.

That’s what these idiots want, because that is the, that is the whole basis of this party that they’re wanting to form. It’s the whole basis of the party that Trump wants to form and Trump would love nothing more than that. Like the answer to everything. Why do you love this party? Trump, Trump, Trump. I mean, these people are zombies at this point. But here’s the thing, this would be the best thing that could happen to the United States. I know shocking, right? Here it is, 31% of people in this country are registered Republicans, 31% of voters are registered with the Republican party, 31%. Keep that in mind anytime we talk about a poll that says this many Republicans, okay, because you’re only already talking about a little under a third of the country. And when you’re talking about half of a third, you’re talking about like 15%, grand scheme of things, not that big.

So 15% of Americans say they would follow a Trump centric political party. So half your Republican party goes if that happens and you’re left with half a Republican party. But you have these two new parties that are, you know, basically about even, but then you have a Democratic party that didn’t split that’s about this big. So the Democratic party at that point becomes the, you know, force to reckon with. They’re the ones with all the money. They’re the ones with all the power. They’re the ones with the most voters. They’re going to clean house of these Republicans and then eventually the Democratic party is also going to break. It’s going to break into the more progressive side and the more moderate side. And suddenly before you know it, we actually have a multi-party system where all parties are kind of standing on equal, equal footing.

That’s what needs to happen in this country and it’d be a shame if it has to do it, you know, this way, going through the crazy Republican route, but that may be the only way to get it there. But I firmly believe if we ever want anything good to happen in this country again, we’re going to need to break up the two parties. We’re going to need multiple different parties, representing multiple different factions of Americans. We have to stop trying to shoehorn ourselves into one or two. Doesn’t cut it. Most of us don’t squarely fit into either one of these and we can do something about it. We really, really could, we just don’t because it takes a lot of effort. Well, the Republican civil war is taking care of a lot of that effort for us. So I say we just sit back and enjoy the show.