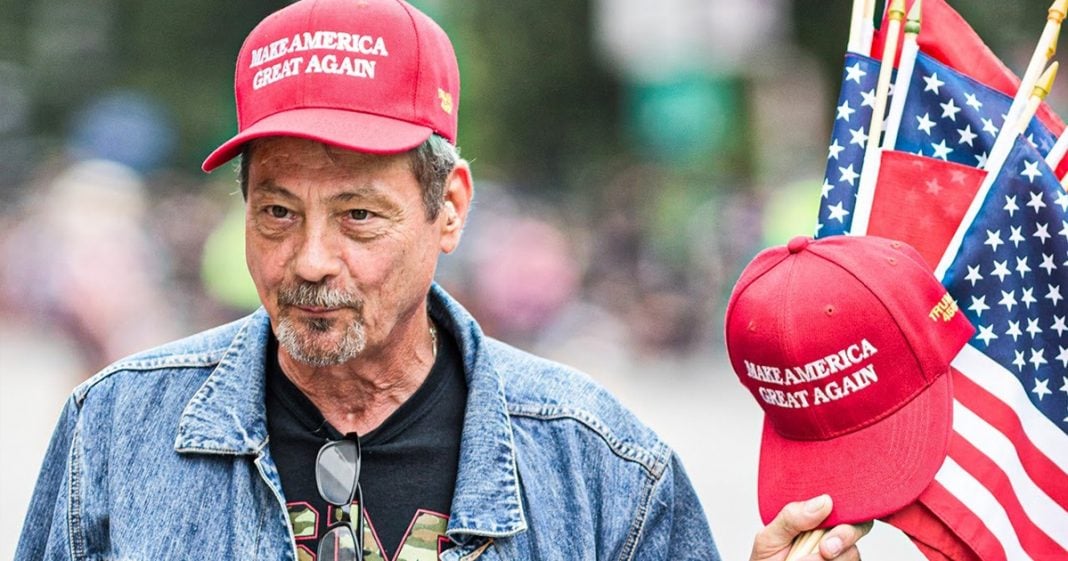 A new analysis of the state of the Republican Party shows that they are still hemorrhaging thousands of voters per week, including 40,000 in the crucial state of Florida. But the problem that analysts see now is that this could end up pushing the Republican Party further to the right. This could be true, but this claim is actually contradictory to what is happening now, as Ring of Fire’s Farron Cousins explains.

In recent weeks, 68,000 voters across the three swing States, if you will, of Florida, North Carolina and Pennsylvania have all abandoned the Republican party, 68,000. 40,000 of those are in Florida, 19 of those are in Pennsylvania and 9,000 of them are in North Carolina and for Florida and Pennsylvania, by the way, those are huge numbers, 40,000 Republicans switching registration in the state of Florida, that could certainly be a game changer. But a new report out this week from Reuters that not only points out these numbers, which are bigger, by the way, than anything we had been reporting on because as our regular viewers know, I love to talk about this all the time, these are new numbers. These are so much greater than what we even thought at the time, which was like three days ago when I did the last discussion on this.

So yeah. Um, these are big. So anyway, Reuters comes out, they do this analysis of it. They talk about all these people leaving the party, but they issue a word of caution and that word of caution is this could push the party further to the right. And honestly, yes, that does seem like the logical foregone conclusion because the people leaving the Republican party right now are not the hardcore Trump supporters. Right? You know, these aren’t the people who show up at those boat parades down in Florida. No, no, no, no, no. These are the moderates. These are the people who when asked what political party they want to be and they, meh, I think I’m a right. I think I’m a Republican. I think I’m, I think I lean more that way. And now they’re looking at the extremism in their own party, which is what caused this.

And they’re saying this isn’t for me, I’m not, I’m not doing this. And it’s because of that reason that I disagree with the analysis from Reuters and okay, look, yes. Is it going to push the Republican party further to the right? Sure. It definitely will. You know, when you have an extreme side and a moderate side and the moderate side leaves, you’re only left with the extreme. So yes, that is a foregone conclusion that it will end up pushing the party further to the right. I do agree with them on that. What I disagree with is that, does it matter? Really, does it matter? Because like I said, these people left the Republican party because they didn’t want to be associated with the extremism of that party. So if that party only becomes more extreme, these people aren’t going to go back and you’re going to have more and more people leave it.

So then when it comes time to actually run an election, who’s going to win? The extreme person that most people hate or the person on the other side? The answer is most times, most times, it’s going to be that person on the other side. So sure, that can push the party further to the right. All it’s doing right now is purging people from the party the more it shifts to the right. So is a shift to the right really all that dangerous? Could be. You could get some truly dangerous individuals in the House or Senate, or God forbid the White House. We already have Lauren Boebert. I mean, we have Marjorie Taylor Greene, people knew how extreme these crazy people were and they voted for them anyway. So you’re always going to have the extremists there. The question is, how extreme are they going to go and will there be enough people left in this new fringe Republican party to ever have them win an election? That’s the question that unfortunately, only time can answer for us.