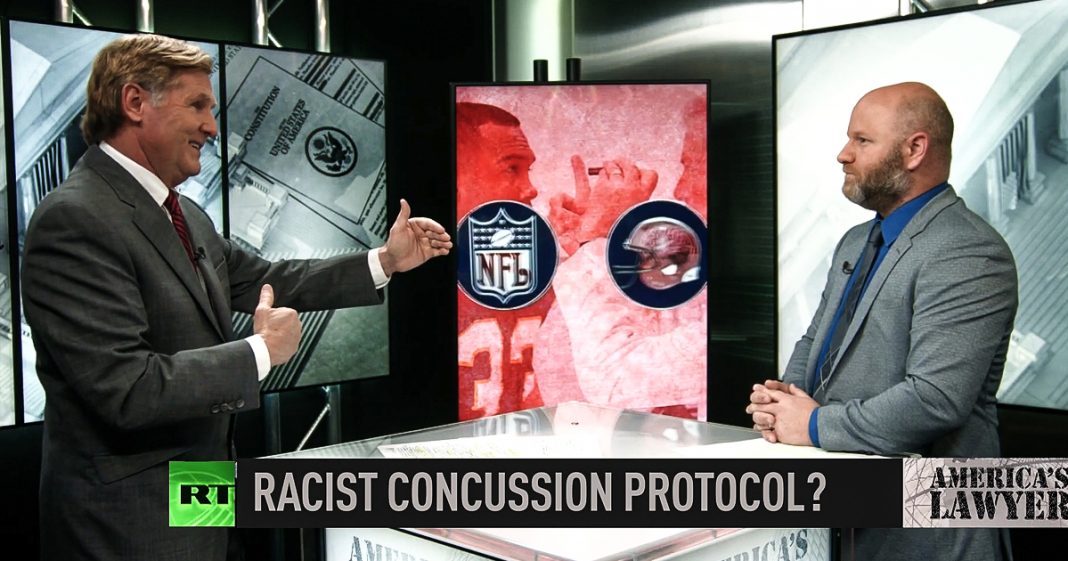 Mike Papantonio:             A new report says that the NFL concussion settlement is discriminating against black NFL players. Wow. You talk about a subtle kind of discrimination that’s costing these folks money. Let me, first of all, a dear, a very good friend of mine, a lawyer named Chris Seeger put this settlement together. He did not include in the settlement anything about what the NFL is doing here. Take it from there.

Farron Cousins:                  Yeah. The NFL had set up all these criteria, you know, to test, do you really have CTE? Did you have enough concussions to impair your life? And if you did sure, you get the money, but what we found out now through this ABC investigation of all places, I was shocked they did this.

Mike Papantonio:             It’s not in the document that was the settlement. The NFL are the people saying, well, we can keep, we can save a lot of money by arguing, well, of course they have cognitive disabilities because they’re African-American, that’s literally what they are saying here, you understand.

Farron Cousins:                  And, you know, nothing stuck because there was nothing actually there. This was just the NFL trying to, you know, stop all this money from going out the door and this is another part of it. They’re just trying a new tactic here. What if we go with, well you’re African-American so you’re probably not as smart as a white person anyway, that’s the bottom line of what they’re doing here.

Mike Papantonio:             That’s exactly what they’re doing. I mean, you, you put into words exactly what they’re doing to these athletes. Most of these, a lot of these athletes, man, they were on the frontline for years just getting pounded, pounded. And they’re saying, yeah, we see some cognitive disability here, but it doesn’t have anything to do with you playing, getting your head smashed for, for, for eight years playing in the NFL. It’s a, really an ugly story.