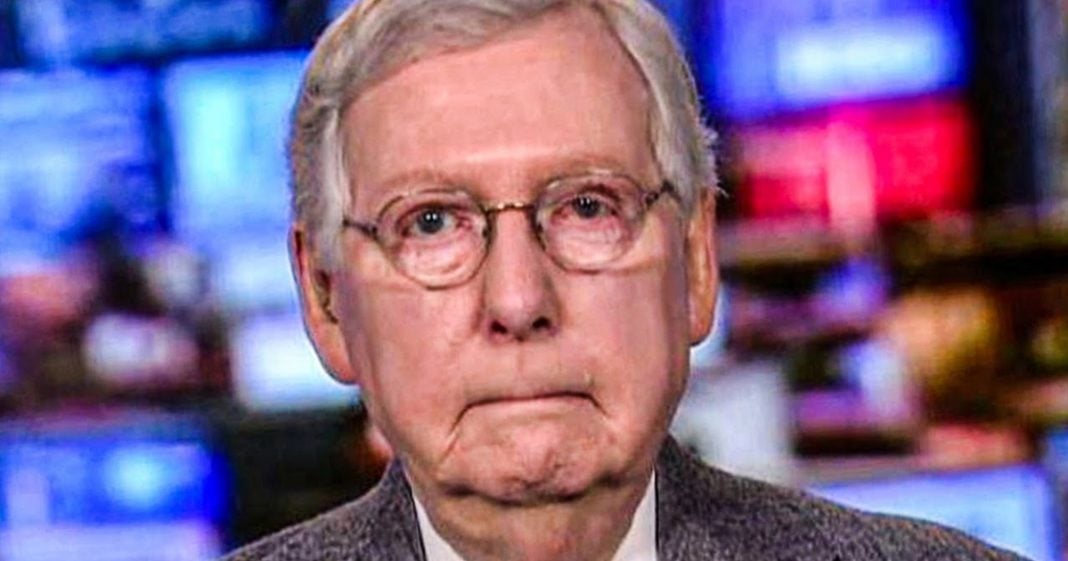 There are currently more than 150 different pieces of legislation spread across 33 states that would limit the right of Americans to vote. These are Republican-produced pieces of legislation that are a direct response to the major defeats that Republicans suffered in the 2020 elections. They don’t want that to happen again, but rather than making themselves into a decent party that people want to join, they’d rather just stop people from voting altogether. Ring of Fire’s Farron Cousins explains what’s happening.

Right now since the 2020 election, there have been 165 different pieces of legislation proposed in 33 different States to curtail the voting rights of the citizens of those States. So most of the States have pending legislation that would end up changing the voting rules for that state and these, by the way, are pieces of legislation put forth by Republicans because they’re off about losing the 2020 elections. Ever since the end of that 2020 election, probably a few days after the election once Trump started with all his voter fraud claims that were totally bogus, by the way, we’ve been warning constantly that his claims were, were going to be used as false as they were, they were still going to be used by state Republicans to push new voter restrictions. And sure enough, that is what is happening and it continues to happen and unfortunately it continues to get ignored. The story that I read today about this, do you know where it came from? The Guardian. I’ve seen a piece or two by Steven Rosenfield, actually, Steven Rosenfield. I think he’s written a lot about it. I’ve only read two of them. So he’s talked about it.

I know Brad Friedman has an Ari Berman has. Greg Palast has. That’s not good enough folks. These individuals are doing wonderful work, putting this out there, trying their best to inform us, but we need people to act and the people we need to act right now are Congress. Because they actually have a piece of legislation coming through the pipelines right now, that’s going to be debated, I think, and voted on within the next two to three weeks that could go ahead and undermine a lot of these Republican voter suppression efforts. You know, automatic voter registration, voting by mail, things like that. Those are included in this piece of legislation, the For the People Act, H.R.1, For the People Act. They’re going to take it up during the week of March 1st, because the last week of February they’re going to spend on the COVID package. So week of March 1st, the For the People Act that includes many, many things, by the way, the, the voting part is just a small piece of it, but it has to pass. Now the House in the past had already passed it. That’s a lot of use of the word passed.

But they had already passed it. Obviously, this is one of the pieces of legislation that sat on Mitch McConnell’s desk, that he just decided he wasn’t going to take up because he doesn’t care about any of these things. We need it to pass because again, if we do not do this, if we do not press Congress to take action and do it quickly, the States are going to start passing their voting restrictions, and that could end up superseding anything Congress passes, you know, 10th amendment and all that. Congress has to pass it quickly so that the States can’t then pass a law and say, oh, no, we, nope. Nope, nope. 10th amendment only would supersede if your law gets passed first, because that was not necessarily a law that was, you know, um, whatever I lost my train of thought there. It, it was a law that was already on the books before Congress came in. So the 10th amendment would protect, is what I was trying to say. Either way, 165 pieces of legislation, 33 States, Republicans want to make sure Democrats never win another election and if Democrats don’t take strong swift action here, the Republicans might get their way.