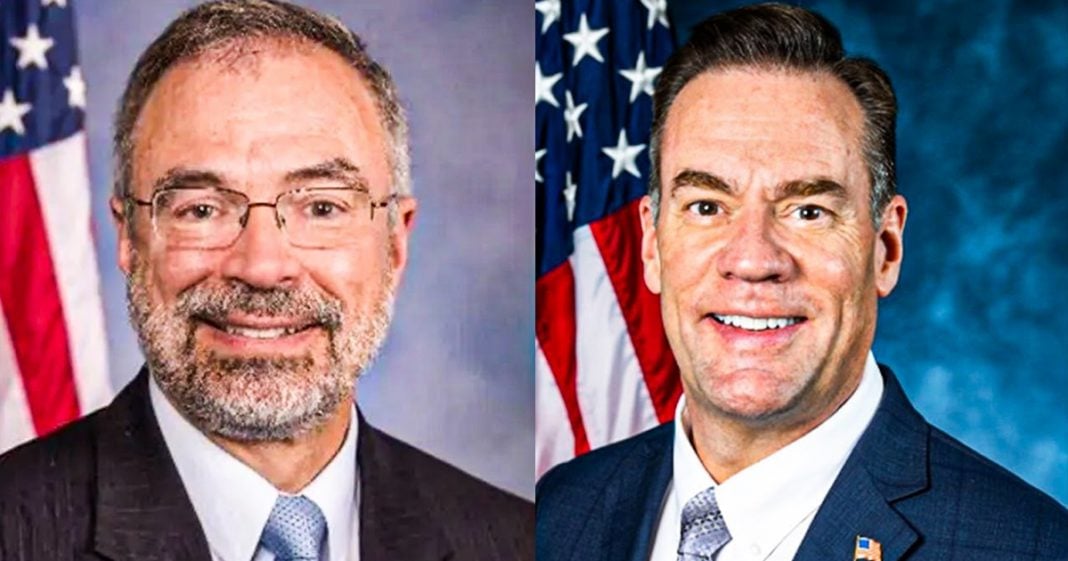 According to a reporter that was pulled in as a witness, Capitol Police are apparently investigating several Republican lawmakers that they believe may have gotten a little too handsy with police officers during the attack on January 6th. Not much is known about this investigation, but the timing of it does appear to be a little interesting, as the impeachment just finished and now the police get to see that Republicans really aren’t on their side. Ring of Fire’s Farron Cousins discusses this.

Earlier this week, Huffington Post reporter Matt Fuller, posted on Twitter that he had been contacted by the Capitol police officers and asked to come in for an interview. Now Fuller at first, I imagine, was a little bit concerned as to why the police want to call him in, but it turns out he unknowingly, was actually a witness to some crimes, two specific investigations and well, I’ll read it in his own words as to what these investigations are. The first investigation is about representative Russ Fulcher manhandling an officer who was at the metal detectors outside the House floor. I saw him very aggressively brush a female officer aside after he set the magnetometer off the night of the interaction, it’s definitely stuck with me because he was very aggressive. Yes, but also because that officer was pretty disturbed too. I tried to ask her about it after, and while she wouldn’t say anything, she nearly had tears in her eyes.

The Fulcher interaction should have been bigger news, he said, the officer must have reported it as she should have. No civilian would get away with grabbing a cop like that and pushing them aside so forcefully. So you have a Republican lawmaker, Fulcher, who is now based on what Fuller knows being investigated for assaulting a police officer. Good and I hope Fulcher gets expelled for this. Now here’s the thing. Here’s what immediately stood out to me about this. We know Republicans always like to claim they’re the party of one, law and order, two, the blue lives matter party, right? Lot of cops are Republicans. But, I don’t think they wanted to go through with this. I think the cops wanted to see, and again, pure speculation. This is just a hypothesis I have. I think the cops wanted to see if the Republicans in Congress were actually going to stand up and do what they say and protect the cops because the cops were under attack that day too, one of them died.

Differing reports now about how the officer died, but he died in the line of duty at the Capitol insurrection. So you can get ticky tack from that, he died defending the Capitol. And I think these cops wanted to see if Republicans were going to protect them. And then all this impeachment stuff came and the cops learned that they love Trump more than they love cops and so I think the cops at that point said, you know what, to hell with it. We’re not going to do this. We’re going to move forward. We’re going to hold these individuals accountable and we’re going to start calling in these reporters who saw it, who witnesses and we’re going to make something happen and they should. Republicans are never on anybody’s side, unless you are a billionaire, they are not on your side. You are a political tool for them to use to further their agenda or career. The cops are no different. The troops are no different. Blue collar Americans are no different. They use you and abuse you, then toss you aside the moment they don’t need you anymore and the Capitol police just found that out the hard way.